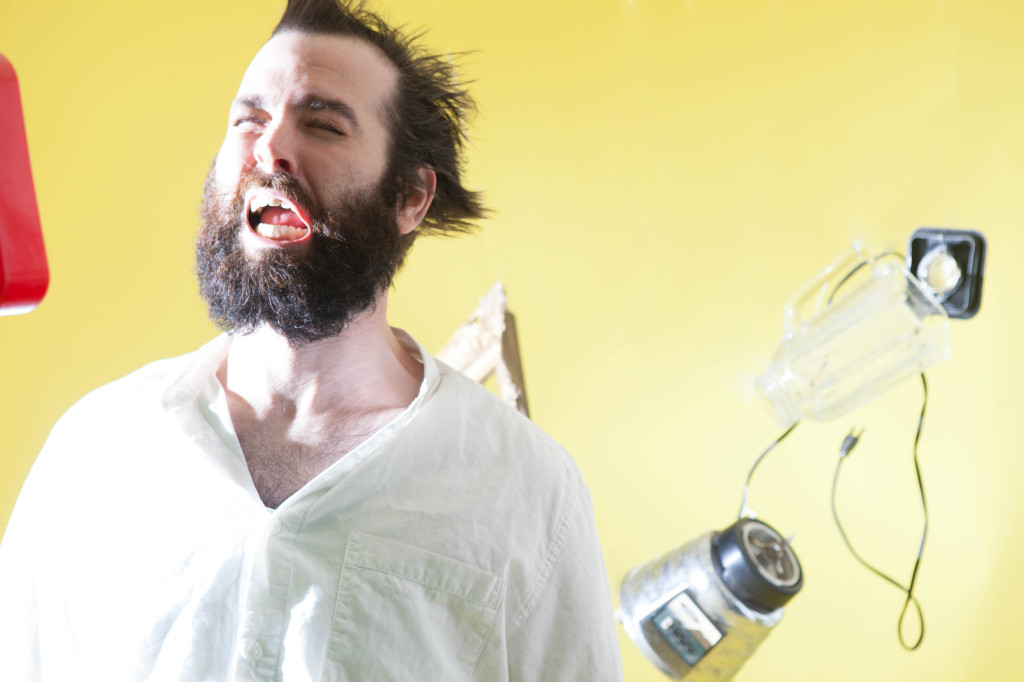 The performers in HELLO BLACKOUT!, this year’s Fringe entry from New Paradise Laboratories (NPL), appear to be having a great time. And why shouldn’t they? They spend the first twenty minutes or so of this devised theatrical work contorting their loose limbs against Thom Weaver’s extreme lighting cues, which must be a stage manager’s nightmare. They are, after all, presenting their vision of the creation of the world, and it’s awash in a primal sense of dread. Once the task of forging human consciousness has been completed, they get down to the business of what naturally follows: the invention of death. This is expressed through even brighter strobes; more extreme darkness; and a script comprised of jolting non sequiturs, underscored by a quintet of live musicians.

Yes, the performers — Jeffrey Cousar, Kate Czajkowski, Emilie Krause, Kevin Meehan and Matteo Scammell, under the direction of NPL founder Whit McLaughlin — have a ball onstage. I wish I could share in their enthusiasm. HELLO BLACKOUT! is a slog to sit through, a meandering work of devised theater hoisted by its own petard. The play’s darkness and the randomness that surround it supposedly represent speculative materialism, a démodé theory in continental philosophy that suggests nihilism extends beyond ontology and into physical reality. But it never becomes clear how a radically plotless work can communicate such a complex and controversial theory. Mostly, HELLO BLACKOUT! comes across like a parody of experimental theater: A Sprockets for the new century, its intellectualism entirely performative. Where’s Tom Stoppard when you need him?