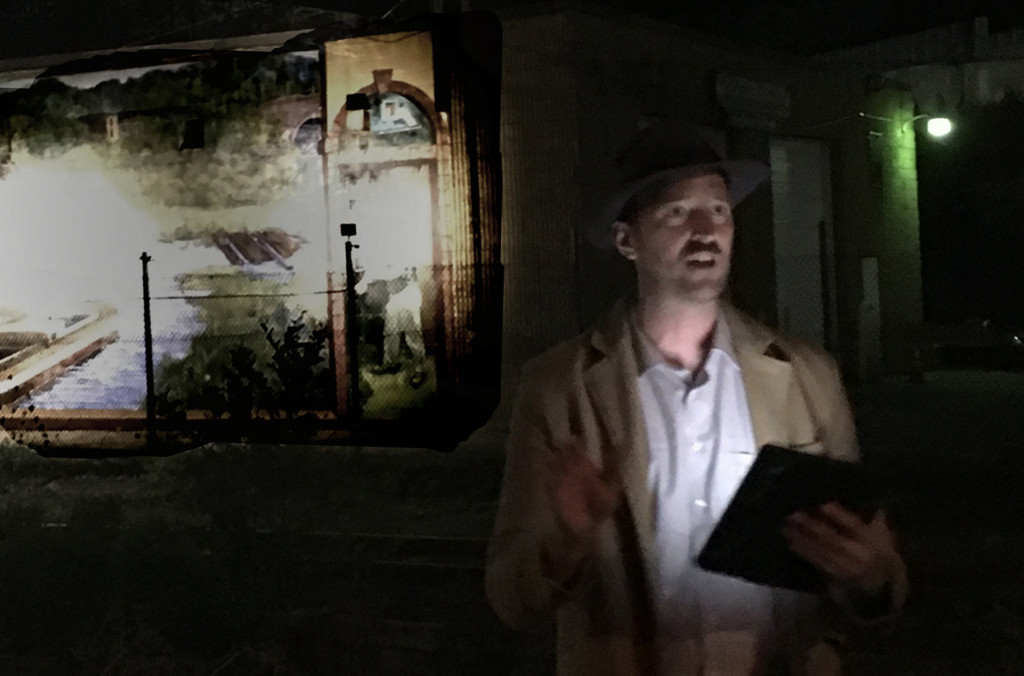 Shadowy figures lurk on the dark towpath under the Green Lane Bridge. That would be us, the audience next to the murky, stagnant canal as we wait for the Manayunk Mystery Tour to begin.

It’s a bit creepy. The troupe arrives, led by a former police officer who has gotten in some kind of trouble, so he’s now a P.I. (Matthew Windham). We are the Search Party for this investigation and we’re asked to bring up our Instagram accounts to follow along. (Instagram isn’t really necessary, so don’t worry about that.) A young woman has gone missing. She could be kidnapped. She could be MURDERED. A failing podcaster (John Patouhas) covers the event as “the dark side of this quiet little town.”

Threatening messages and instructions arrive on Instagram. An outlandishly costumed woman (Lize Meisenzahl) is afraid of Reptoids (lizard people who may be out there in the dark), and claims to be the missing woman’s former girlfriend. She finds some evidence. But things may not be what they seem. As we follow along in the dark, occasional bicycles whiz past, and our leader assures us that “Cyclists have zero regard for your life.”