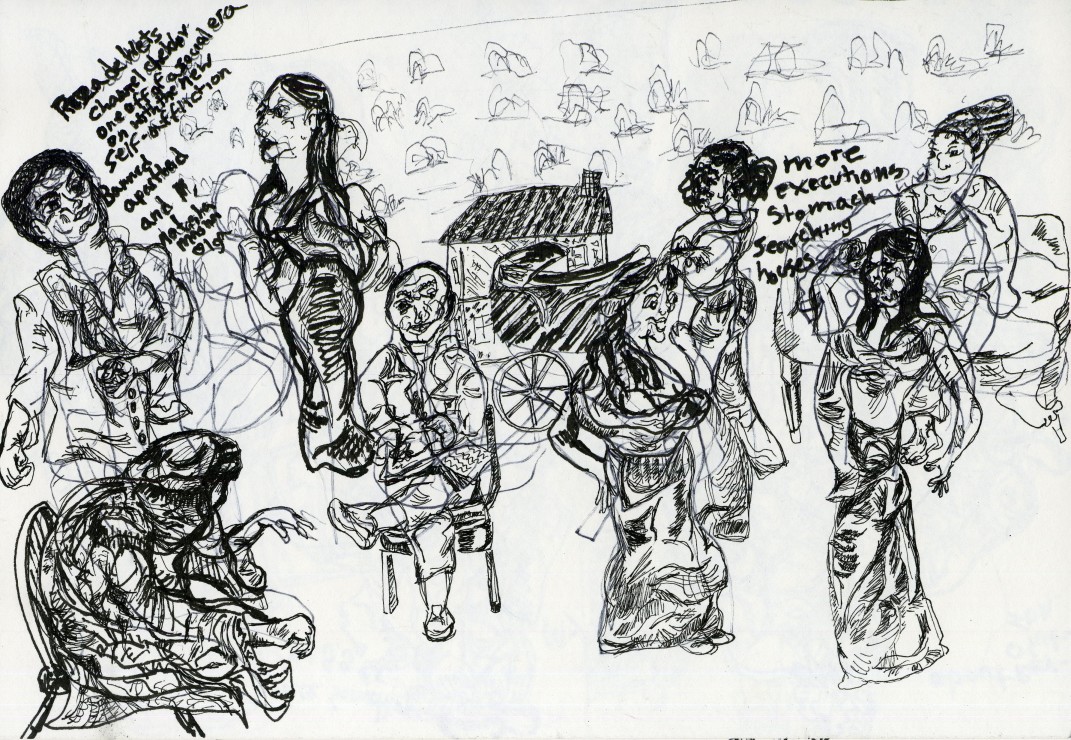 The setting was a royal estate fashioned with antique wallpaper. Set designer Thom Weaver utilized the panoramic quality of the space. A rocking chair, a baby carriage, a sofa, and a doll house created a sparseness on stage that separated the characters across the stage and the wings for careful observation. At one end of the stage was the red room, where Olga, played by Jahzeer Terrell, sat down in an armchair deep in thought. On the other end of the stage was the white room; iridescent light tubes shining on black walls revealed the actors patiently waiting. It was like a ticking time bomb, a flash of light, a dreadful light cast on the decay of a political invention.

The habits of royalty were part of the comical judgement that we—the audience—induced; while a widescreen picture of a devastated, flattened social hierarchy rolled out like an old oriental rug. At the front of the stage players made their confessions about love, family and war.

All of the players have a love in their mind for someone and this separated them from the present political disposition of revolution. The argumentative nature of contrasting characters seemed insignificant because of the poetic passing of time. Above everything there was a revolution and the relocation of this royal family. Igor, played by Ross Beschler, clashes with Natasha, played by Maria Konstantinidis, in the very beginning. Dissonance among the players reflected a present state of weary about Moscow.

The mood quickly switches from a penniless writer intruding on an upper class family reunion, to a general’s stark white uniform that separated Vershinin, played by Colleen Corcoran, from the asinine behavior. “Love is foolish” formed the backdrop, and though they miss living in Moscow there is a realization that occurs about the romantic idea of Moscow. The city had become overpopulated and Lenin leading the revolution showed an integration of morals. Undertaking a family structure Chekhov showed a new perspective of the effects of a revolution through the gaze of three sisters. 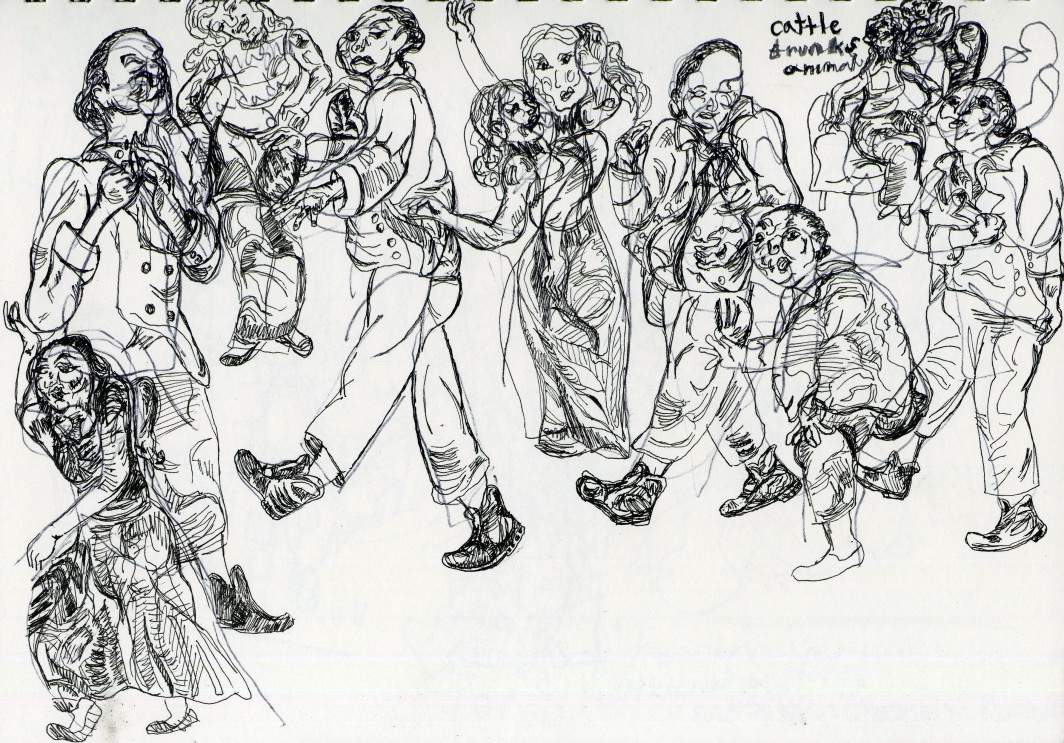 The players switch feminine and masculine characters. Andrey, played by Amanda Schoonover, was centered by his wife, Natasha. The cycle of arguments and humor paused at the entrance of Vershinin, or heightened by the entrance of Masha, played by Andrew J. Carroll. The sisters, Olga and Masha showed a dynamic intersection of age. Where one was mostly situated in the red room contemplating her ex-lover, and Masha was frustrated and irritated by the revolution. The addition of a child character, Sofia, played by Kishia Nixon, threaded moments together. The mix matched love for Vishinin between Olga, Masha, and Irena, played by Lee Minora, collected weight as we envisioned the circumstances of a devastated landscape. The doll house symbolized the Russian revolution and the damages it left psychologically and physically. A stillness perfectly captured the photo album of a family torn of their riches, and leaving everything including the novelist and his work for a comment on the culture of world heritage in revolutionary times.