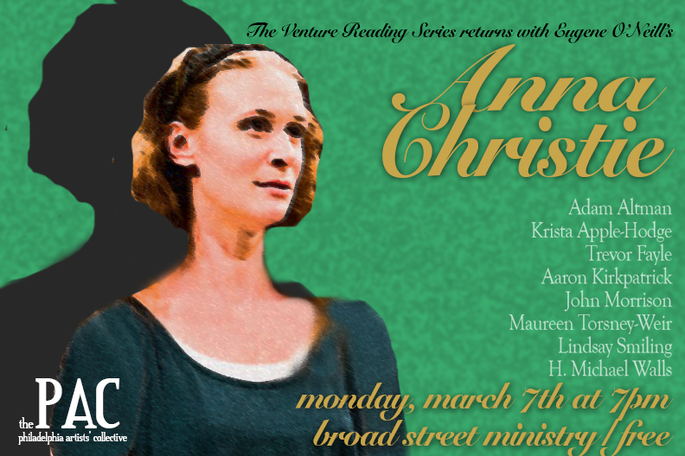 The first time I sat down with Matt Pfeiffer to have a meeting about working together — I was a young costume designer, new to Philadelphia, and he was a fiercely talented director, fresh from winning the F. Otto Haas Award for an emerging artist and already directing on some of the biggest area stages — it was, maybe at first, a little awkward. Awkward because we had been introduced several times before, and I was convinced that he would not remember me, and would have no idea who I was. Awkward, it turns out, because he remembered me very well, and was convinced that I was the one who did not remember meeting him. We laughed, bonding over our shared insecurity. Secretly I wondered, as we discussed costumes and characters, about the disconnect between artists who can so brilliantly mine the best things about their characters, and so quickly jump to assume the worst about themselves.

Philadelphia Artists Collective is beyond thrilled to have Matt as the guest director for its Venture Reading of Eugene O’Neill’s ANNA CHRISTIE. In reading his director’s notes for the program, I was reminded of that minor moment of insecurity, and the relief of forgiveness and laughter at discovering we both shared the same fear. O’Neill’s characters are so frequently trapped in this inability to forgive themselves, allowing their fear to supersede the desire for connection and forgiveness. I’m so glad that we are not O’Neill characters, but I am so very glad that we have O’Neill’s words — and that we have Matt here to steer this particular ship. — Katherine Fritz, artistic associate, PAC. 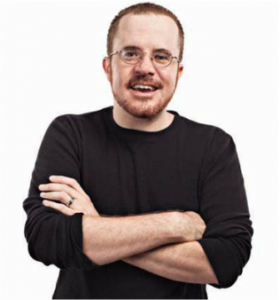 The saying goes; “You might be done with the past, but the past ain’t done with you”. Eugene O’Neill spent a great deal of his career exploring this notion. Perhaps it was the Irish Catholic in him, but his characters continually struggle to forgive themselves and seem trapped by the sins of their past. We  see different versions of this throughout his cannon, but it was a theme he began exploring very early in his work. ANNA CHRISTIE is a prime example. It was one of O’Neill’s early successes. It won the Pulitizer in 1920. The play sets us on a coal barge where Captain Chis Christoperhson and his daughter Anna have reunited after many years apart. Into this orbit enters a shipwrecked sailor named Mat Burke. The burgeoning romance between Mat and Anna, the claustrophobic confines of a ship, and the mysteries surrounding Anna’s return set the scene.

Having spent much of his youth at sea, one can understand why the water holds such a mystical and proverbiel power for O’Neill. The sea holds a powerful force over the characters and is often referred to as the devil. But in truth, O’Neill understands that it’s easier to blame unseen forces for our woes, than to deal with reality and ultimately ourselves. But that is the journey the characters must take. In order to find happiness in the present, the sins of our past force us to face ourselves and our truth. No devil sea can hold off the reckoning. This reading presents an amazing opportunity to explore the truth of these beautiful and broken people. The PAC has devoted tremendous resources and artistry to bring life to great texts that offer brilliant insight into the human condition. As they did with “The Sea Plays”, we once again set out to sea to face the bleak, uncertain future, that faces us. The water may be redemptive or swallow us whole.   — Matt Pfeiffer

​To reserve tickets for Monday Night’s reading, click here. Tickets to our Venture Readings are free, as always, and include snacks. We hope you can join us.