Phindie spoke to Damon Bonetti, a founding member of the Philadelphia Artists’ Collective. The young company has established a reputation as a critical darling and consistent crowd pleaser with a stream of high-quality productions and large-cast readings of rarely seen classical theater: Creditors, Mary Stuart, The Rape of Lucrece, and The Sea Plays, among others. Damon is directing PAC’s latest offering, Frederico Garcia Lorca’s BLOOD WEDDING, which runs November 6-23, 2014, at Drexel University’s Mandell Theater [33rd & Chestnut Streets] philartistscollective.org. 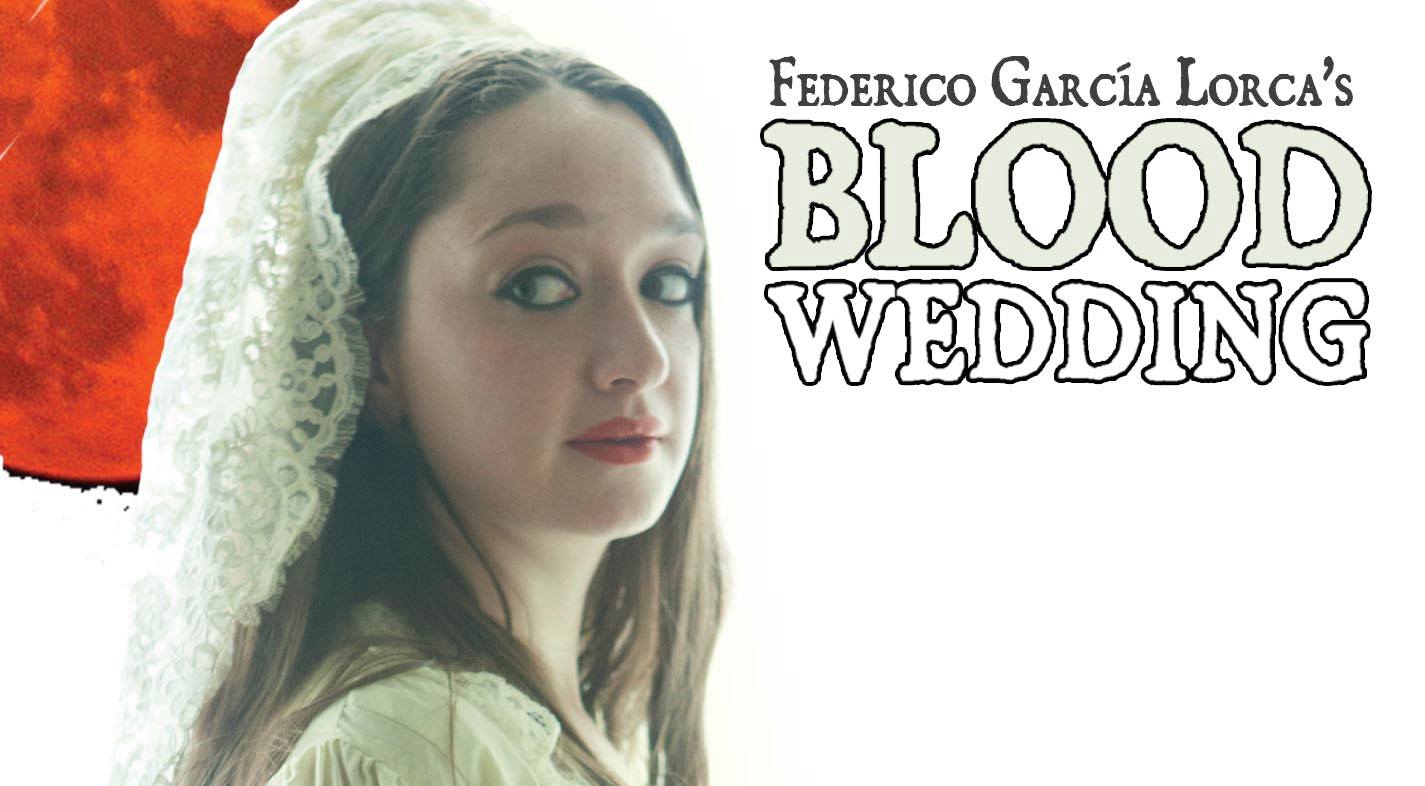 Phindie: The founding members of the Philadelphia Artists’ Collective were, and continue to be, active working actors in Philadelphia. Why start your own company?
Damon Bonetti: Dan Hodge and I started this company because we were attracted to these amazing plays that are rarely seen on the professional stage in our area. We LOVED John Webster’s The Duchess of Malfi. No one was doing it so we did it. As you say, all of us have careers outside of PAC, which I think makes us unique: it is a collective.

Phindie: What niche do you see PAC filling in the city’s theater landscape?
DB: We’ve discovered a few things: people love these plays as much as we do, have never seen them before and love to see them powerfully performed in smart, engaging productions.

Phindie: PAC topped Phindie‘s 2013/14 critics awards, so I know I’mnot  the only theater writer in the city who would list PAC among his very favorite companies. Have you been surprised by the positive response you’ve received from critics and audiences?
DB: Thank you! We are very happy and honored that the company, in a relatively short time, has become known for its consistent good work. I don’t know if surprised is the right word, but you are right in a way: we didn’t know that any of these plays were going to be the hits they were. You try to do the best work you can do and surround your self with the most talented people. It is gratifying when we meet people after a show and they say, “We’ve seen all your shows,” “We’ve been a fan since Creditors,” “We never miss a reading!”

Phindie: How do the PAC members select their plays?
DB: There are four directors in the PAC: me, Dan [Hodge], Charlotte [Northeast], and Krista [Apple-Hodge]. We figure out the season based on the last one, who directed when, what are people interested in. We figure out our personal seasons: who is working where, who is available to direct, who may be free to be in the shows, which one is the most fun and interesting for Fritzy [Katherine Fritz, the fifth member of the collective] to design. It’s never a given that there is a PAC member in the show. We all read a bunch of plays—Dan reads more plays than all of us—and then we propose a few and find the ones that are most exciting to us. There’s such a rich repertoire of classical theater to pull from!

Phindie: What attracted you to BLOOD WEDDING?
DB: When I read BLOOD WEDDING back in February I was struck by how beautiful and horrifying it was at the same time. The poetry is some of the most beautiful you’ll find in any play—the imagery, just gorgeous. I thought this was a story we could tell and I was amazed that there hadn’t been a professional production of BLOOD WEDDING in Philly in recent memory.

Phindie: It’s an interesting choice for a company whose core is two married couples [Damon is married to member Charlotte Northeast, and Dan Hodge and Krista Apple-Hodge are husband and wife]. Do you find Lorca’a view of marriage, and perhaps human nature in general, fairly dark in this play. What lessons do you take from his treatment?
DB: I don’t think he’s saying anything terrible about marriage in general in this play—we get the impression from the Mother that she had a vibrant married life until tragedy fell. Humanity is another thing—and something at the core of this show: how do you forgive someone who has harmed or killed a loved one? It’s the inability to forgive that contributes to the unending cycle of violence in the play. How does one find peace in a cruel world? And at what cost? I think about the photojournalist James Foley who was beheaded not long ago and I read about his parents forgiving those that killed him. I have a three-year-old boy who is more precious than anything to me—and if anyone seriously harmed him I would lose my shit and go after them. I know there’s no solace in vengeance, but like the Mother in this play, I don’t know if I could forgive.

Phindie: Is this the first PAC production which does not feature any of its founding members onstage?
DB: Actually this is the second. The Sea Plays was the first.

Phindie: Right! What are some of the challenges and appeal of working with this group?
DB: It’s such a great ensemble—it’s the biggest show I’ve directed. We have nine guest artists, nine Drexel actors, twoprofessional musicians and one Drexel musician. I’ve worked with some of the actors before—some of the Drexel actors are current or former students. Judith Lightfoote Clarke plays the Mother. Judy is the definition of fierce—before she was working on Broadway I directed her last fall in True Story, a new play by EM Lewis, at Passage Theater. She plays a strong woman again in BLOOD WEDDING, but the Mother is also an emotional roller coaster and it’s been incredible working with Judy to map out this journey. Eric Scotolati and I worked together in Sea Plays and I knew that he could easily bring that natural charm and warmth to the Bridegroom—what’s been exciting is seeing Eric go to the darker places his character falls to toward the end of the play. And Victoria Bonito and J. Hernandez as the Bride and her lover Leonardo were both actors that came very highly recommended. They’ve worked together before and they bring that natural chemistry to their onstage relationship.

The important thing is that even though we’ve created an ensemble, each person has a different method of working. It’s important to me to try to be there as a director for what that actor needs, and also make sure that the environment we are creating is one open to collaboration from anyone.

Phindie: The piece is presented with the Mandell Professionals in Residence Project at Drexel University. Can you tell us about that project and how the collaboration came about?
DB: MPiRP is amazing. Basically they say “Here! Here is a theater for you, resources, students eager to learn, a top notch production staff—we want you to do the show you can’t do on your own!” To apply for the MPiRP I wanted to find a play that could merge a good number of guest artists with the Drexel Actors. I am an adjunct professor there and I’ve always been impressed with the high level of talent and professionalism they bring to their work.

Phindie: What excites you about this project?
DB: This show represents a number of firsts for us: This is PAC’s first time producing in a theater! It’s been a good challenge discovering a way for the PAC, which has been site-specific all this time, to use a large proscenium theater without losing the intimacy we are known for. We also have Christopher Colucci as our composer and he has written hauntingly beautiful music for us, Elba Hevia y Vaca, the artistic director of Pasion y Arte Flamenco Company as out choreographer for our pre-show. Plus, we have Sunday matinees—we could never control the light at Broad Street Ministry (church windows) Franklin Inn Club (Writers Club) Tall Ship Gazela (a ship!).

Phindie: Thanks Damon! I come to Lorca not through his plays but through his poetry, do you have a favorite Lorca poem?
DB: Thanks! I’d say “Ditty of the first Desire”.

In the green morning
I wanted to be a heart.
A heart.

In the vivid morning
I wanted to be myself.
A heart.

And at the evening’s end
I wanted to be my voice.
A nightingale.