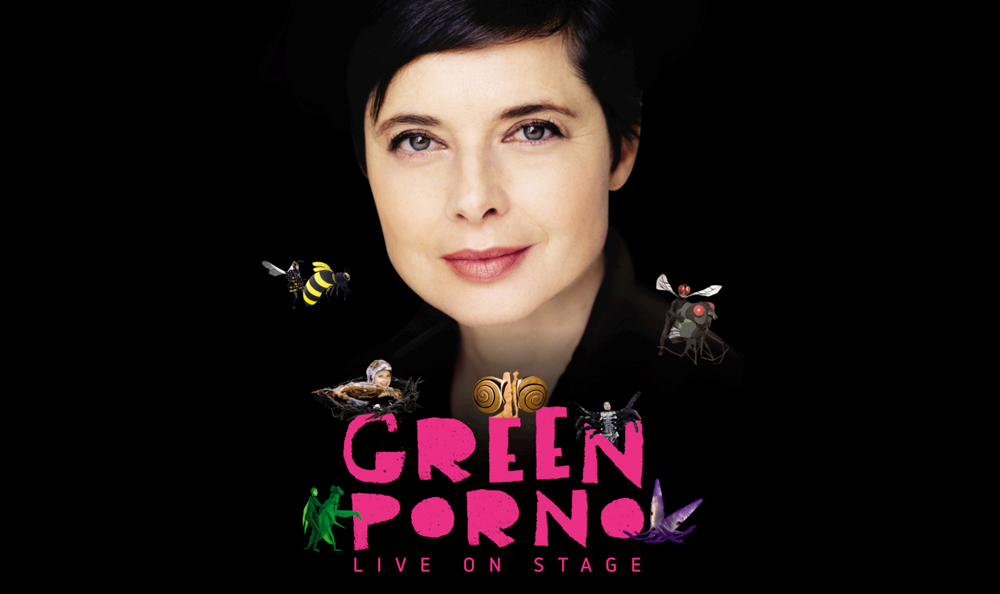 Inspired by her love of animals and her concerns about the unsound environmental practices that could compromise their survival, Rossellini’s well-researched work, based on a text by French screenwriter Jean-Claude Carrière, is designed to be both funny and educational. Using the format of a biology-class lecture with projected illustrations, colorful costumes, and cartoonish props (including cardboard cut-outs and foam-rubber sculptures), the actress synthesizes art and science in a uniquely comical, often kinky, and sometimes scandalous examination of biodiversity through the unusual sexual and parental behaviors of hamsters, seahorses, snails, bees, earthworms, and more.

The daughter of Oscar-winning Swedish actress Ingrid Bergman and Italian film director Roberto Rossellini, Isabella Rossellini is best known for her break-out performance as an abused nightclub singer in the David Lynch cult-classic film Blue Velvet (1986) and as the face of Lancôme cosmetics (1982-96). Among her philanthropic activities, she has served as a Board member of the Wildlife Conservation Network, as President and Director of the Howard Gilman Foundation, and has held affiliations with both the Central Park Conservancy and UNICEF.