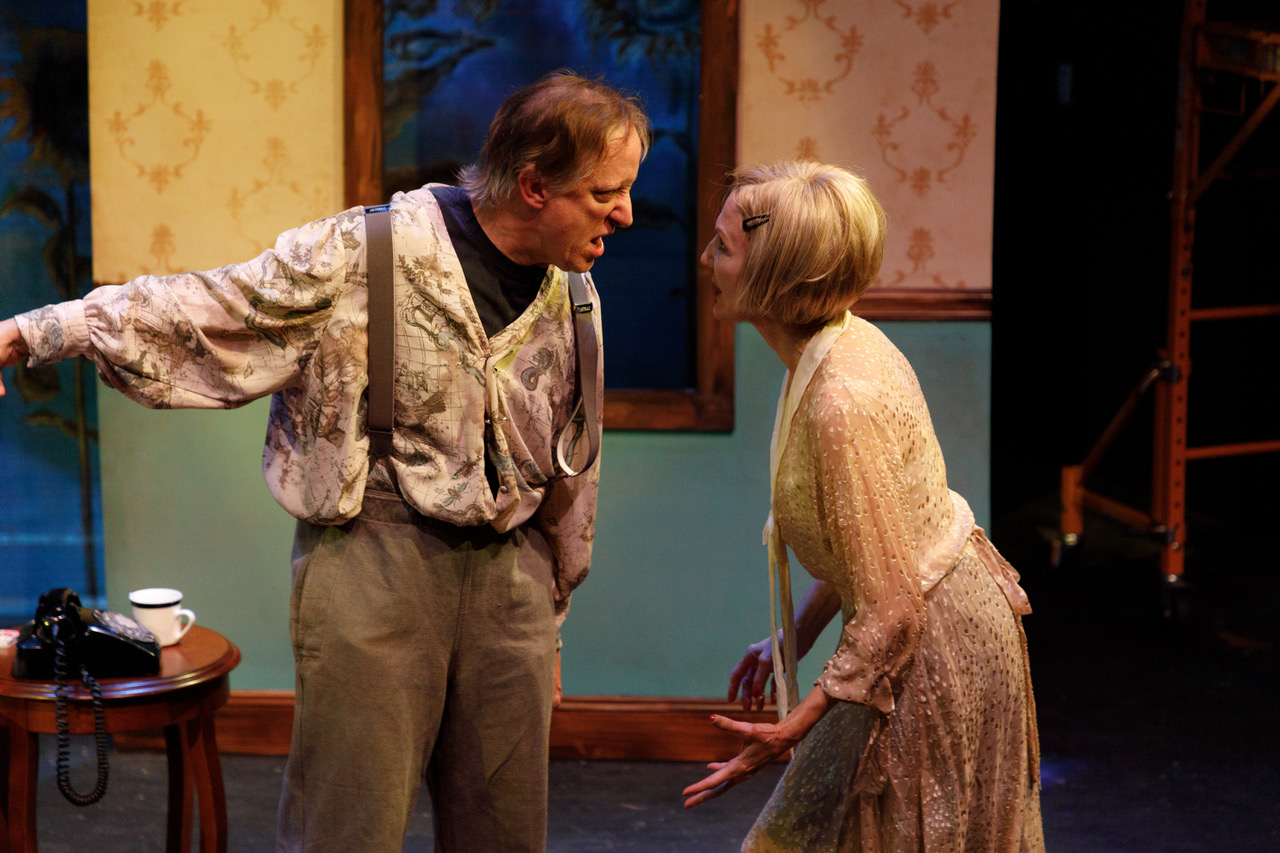 So, with this show’s odd history of failure, leave it to Tina Brock and her mighty little Idiopathic Ridiculopathy Consortium to choose to bring The Two Character Play to absurd life once more, and to make us feel the all the crazy, despairing desperation it contains. The success of this production—despite the inevitable confusions the script causes—is due to Brock’s terrific performance as Clare.  John Zak plays Felice, her brother who is crazy, etc etc in his own right, but whose Southern accent is sometimes difficult to understand. (Didja see my slide from character to actor? Very much to the point More on this in a moment.). Brock and Zak have performed together before, and their chemistry serves the show well.

The point, if there is one, is that the brother (Williams’ surrogate) and his sister (surrogate for Williams’ sister Rose who debuted in the Williams canon in Glass Menagerie) are actors who have been touring a show called The Two-Character Play and have finally hit rock bottom. Their company has deserted them, the audience has fled and the theater is freezing cold, in contrast to the hot Southern afternoon of the play-within-the-play’s action.

They’re broke. The phone is disconnected; worse, they are trapped in the theater building which is locked, and, worst of all, they are trapped in their own irrational fears of going outside. The shifts up and back between the play and the play within the play are not as clear as they might be, although it finally doesn’t matter much. We understand that these are doomed people who will either starve (literally and metaphorically) or freeze.

Thus the theater becomes their prison—like the script Felice keeps getting “lost” in—and the doorless set (designed by Dirk Durossette) is suitably messy and impressionistic. A huge papier-mâché figure who oversees the action is deeply disconcerting. Clare’s costume (designed by Millie Hiibel) look like clothes, while Felice’s clothes look like a costume. Peggy Mecham who directs has wisely cut the intermission and gives us the play in 90 minutes.