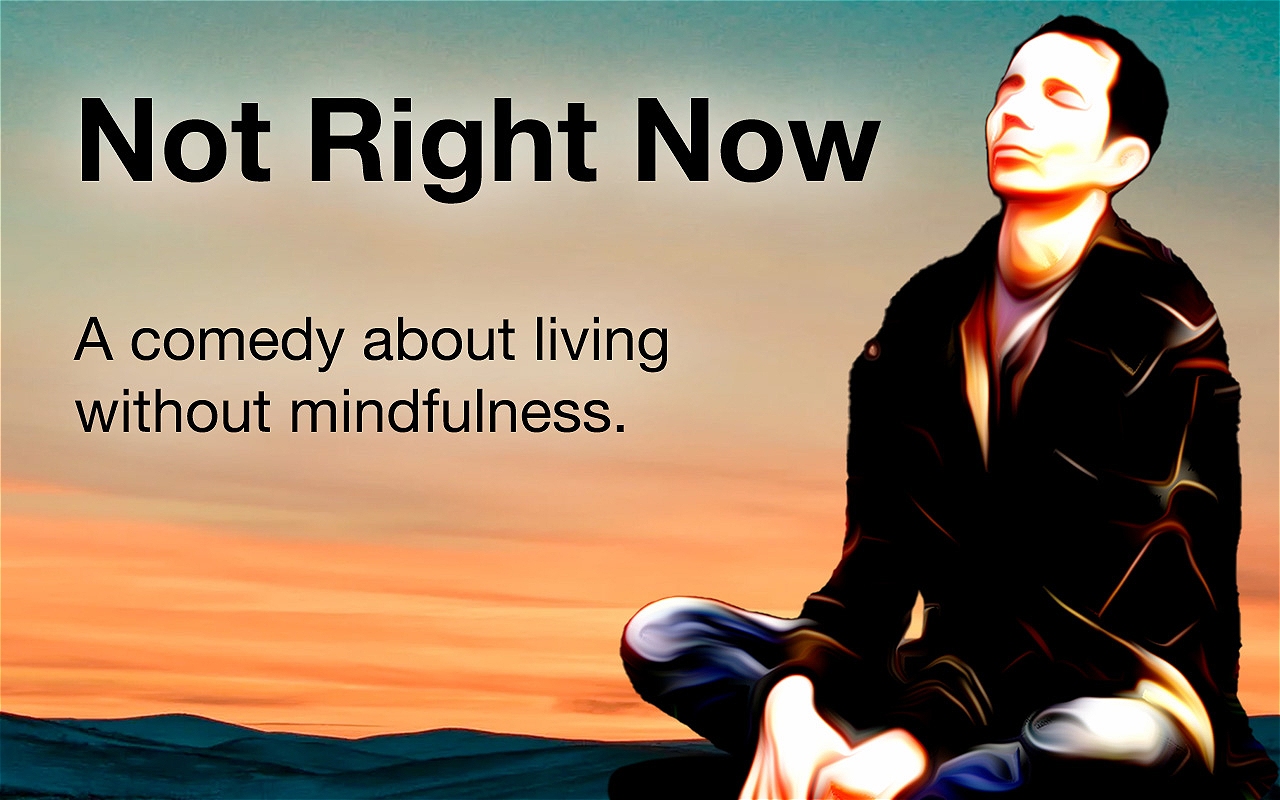 Jim Christy, Jr.’s NOT RIGHT NOW is currently playing at Pig Iron’s Studio B in Kensington. Jim told his son that meditation is for the petty and small-minded. Yet he wants to become a “mindfuller version” of himself, and worries that he might want people to think he’s doing better than he actually is. His story is long and he has it down. Jim has a remarkable memory, and he says there are many, many “moments that become stories.” He shares the problems that he encounters and the routes he takes to solve them. Once an almost accidental movie actor, he was cast as an extra in a major motion picture, where fate stepped in and his role was upgraded to a speaking part. An auspicious start of a brilliant Hollywood career? Well, no. What he really wants, he decides, is to become a playwright. Soon he’s beating his head against a system designed to keep newcomers out in the cold. The struggle builds character and resilience. Joining other young wannabe’s in a magical old town in Northern Italy, he finds himself drinking wine, drinking more wine, writing, and trying to find a woman to spend quality time with, but his efforts fall short. I won’t disclose any more.

The only real head-scratcher in this show is the unnecessary and intrusive lighting changes on the stage as Jim looks back on those wistful days with philosophical humor and engages the audience as he moves onstage in something close to a dance.