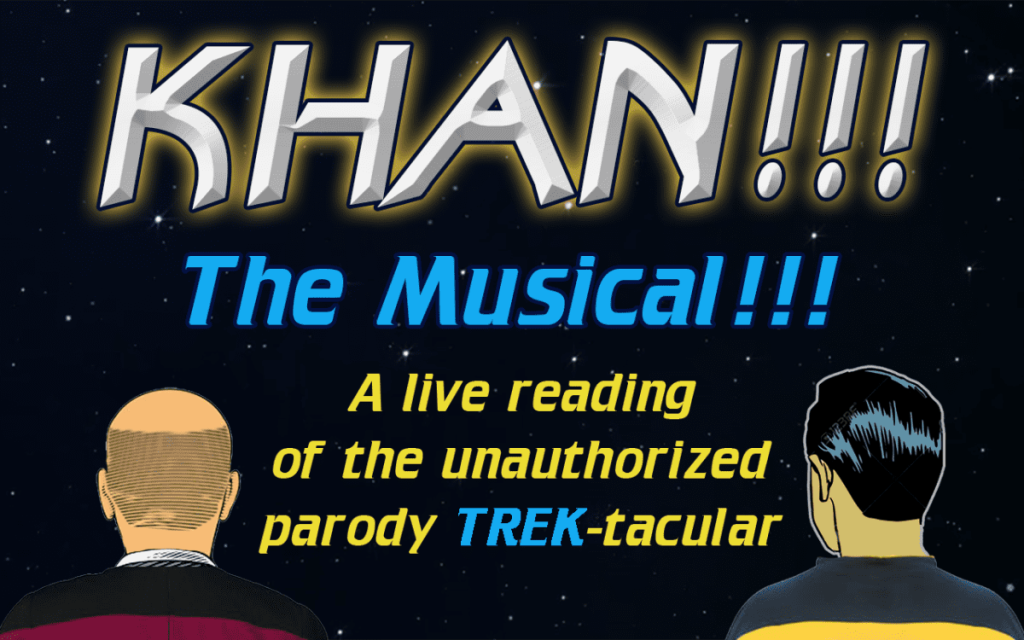 Brent’s music, lyrics and book reflect the series accurately, however overlaid with humorous allusions, puns, quips, silly yet catchy refrains and cute Genesis chickens (Rachel Drane, Jamie Talamo, Cassie Glinkowski) featured in the tune “When the Chicken’s Come Home to Roost”. During the musical number “Young”, Kirk flashes back to the 60s – the 2260s that is- replete with campy go-go dancing, and revisits his age issues again to the swanky beat of “Have I Still Got the Magic?”. Spock sings out “Spock ba-ba-lo-ba Spock bam-boom” in a couple of songs and does a Vulcan tap dance duet with Kirk in “The Needs of the Many”. “Battleship”, the starship showdown song, playfully incorporates elements of the game Battleship but that’s not all! So much schtick, satire, talent and trivia are thrown into this most enjoyably staged read-through that it would be illogical to miss it.

Note: No Klingons or tribbles were harmed during this production. On opening night lovely Starfleet Officer Sue offered trekkie outfits to any person willing to cosplay along (took the red shirt…)