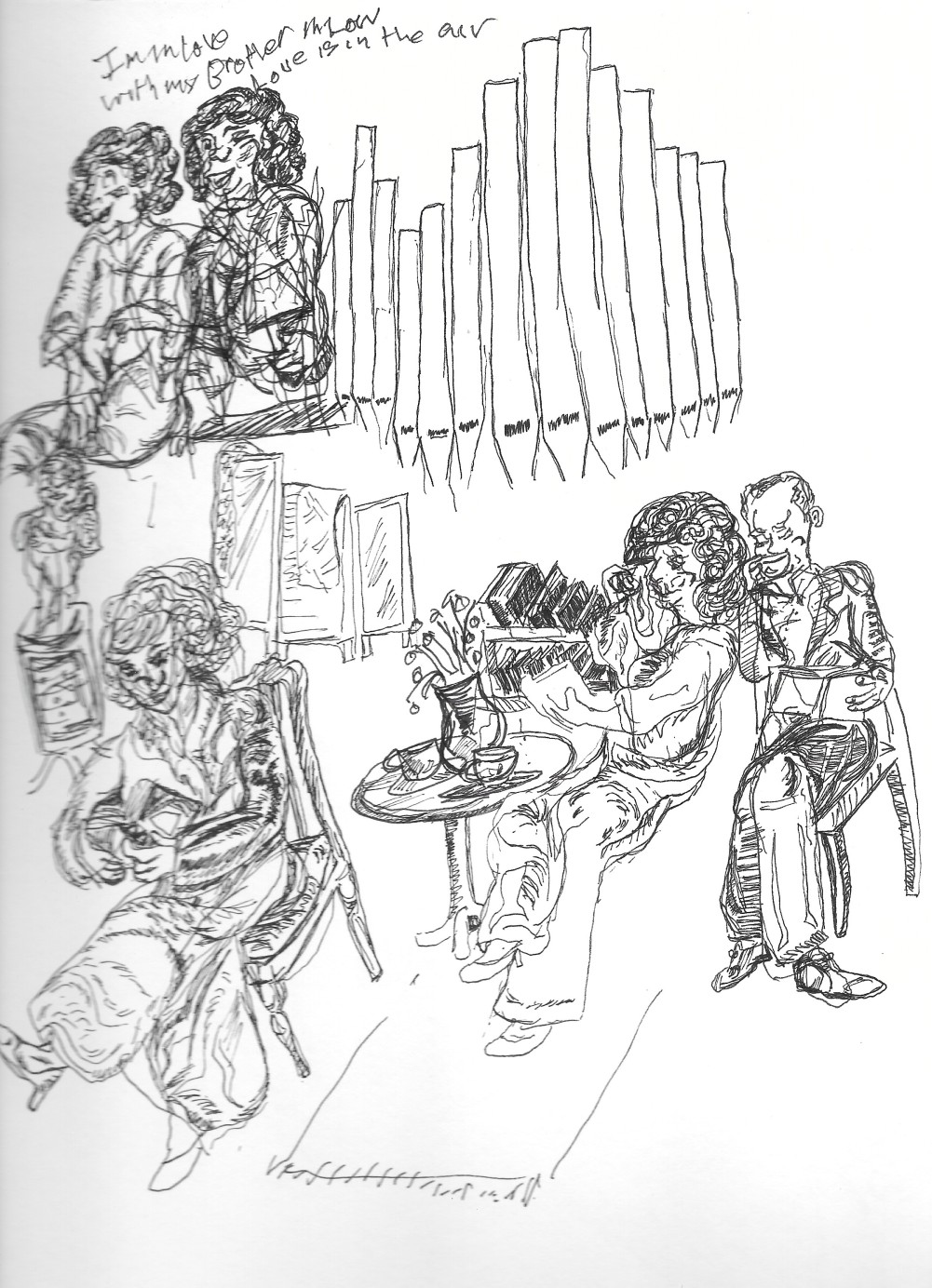 It was an adventure discovering new caricatures. Idiopathic Ridiculopathy Consortium’s presentation of Elmer Rice’s DREAM GIRL effectively took us through ultimatums of a feminine imagined reality. The transition from reality to imagined social constructs were realized through the lighting and sound design by Joshua L. Schulman. It was especially energetic, and the entrances and exits for the cast mixed together the themes from Elmer Rice’s career as a playwright. That is, “flashbacks,” a “realistic tragedy,” “dehumanization,” “racism,” and “poverty,” work their way into the play in either the heroine’s imagined reality or her real life. After talking to Paul McElwee after the show, I imagined how many costume changes there were, and how intensified it was being done in the middle of the Neo-Gothic church interior of St. Mary church, Hamilton Village. The montage casually let us into a cozy reading room, slowly drowned in yawns and sneezes, and we lifted off the ground like we were entering a daydream. We meet Georgina, played by Brittany Holdahl at the altar contemplating her lonesome self. 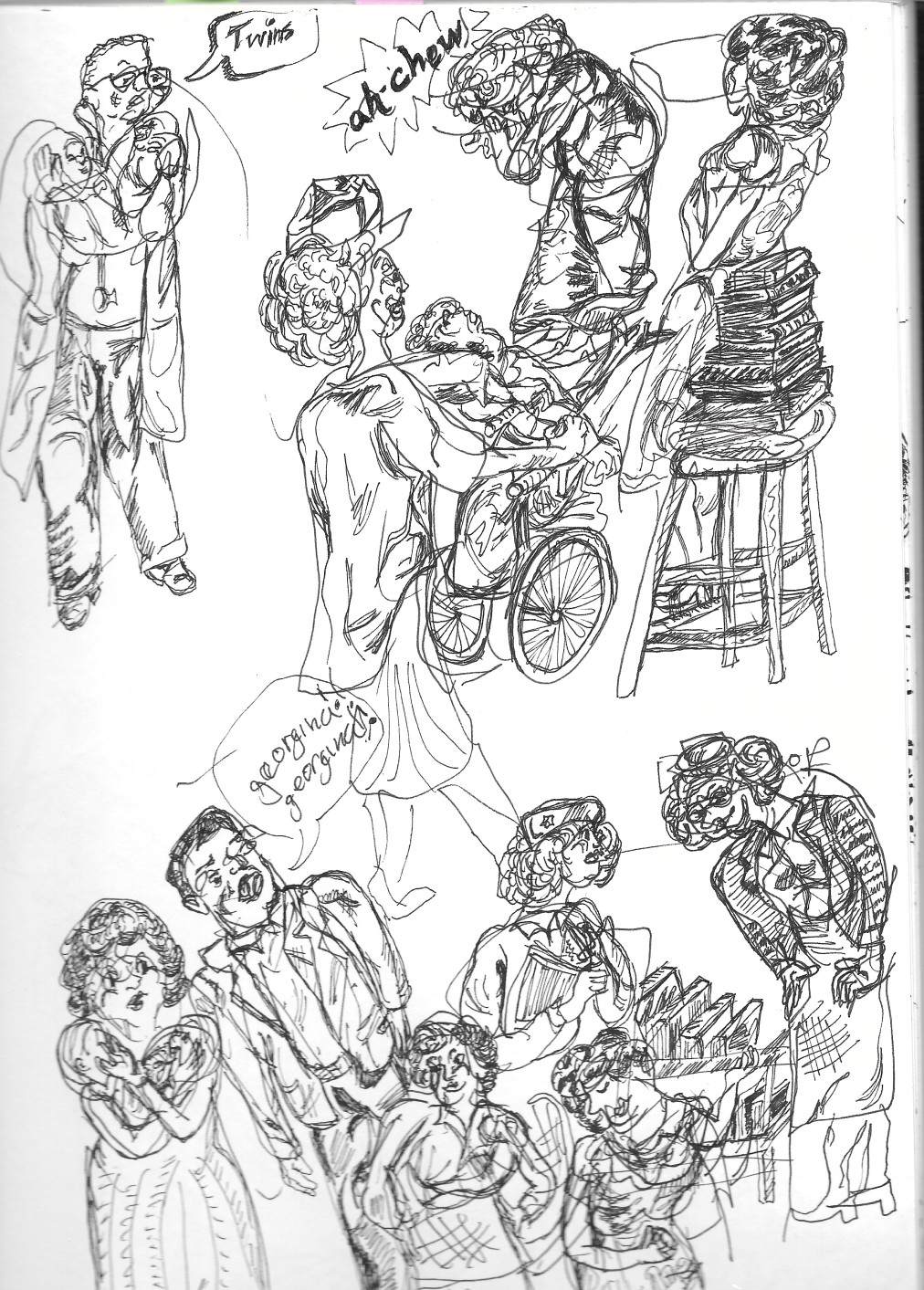 The men in the story seamlessly enter into Georgina’s dreams as characters part of a dramatic scenario. We discovered a set of circumstances that depicted Georgina’s identity crisis; a bookkeeper, a writer, a new mother, a tourist in Mexico, an actress, and a murder victim. The novelty of a woman reading and traveling to distant lands renders a Romanticist view of femininity. I believe that this reading of Elmer Rice would be shallow, and that the greatness of it was in the peripherality of the men in her life. This perspective on men and women, directed by Tina Brock, focused more on the way that these secondary roles, like her parents or boyfriends, try to influence her goals in life. In the middle of portraying an ambitious woman, interactions with those around her distract her from freedom to love someone, or to have her own career as a writer. That is, Georgina realizes her dreams and goals as a woman in relation to the expectations of a woman. The reality was an assemblage of interrelated paths into the subconscious. A clever melody by Leonard Bernstein introduced a parapraxis, or skeptical outcomes asserted by our society into our subconscious.

First off, poverty was indicated by the delivery of Georgina’s love with George Hand, a wealthy businessman, played by Brian McManus, or if only she flirted more with her conceited newspaper friend, played by Kyle Fennie. The result of which would mean her manuscript would be published, or she would have married and never have to worry about a career, or money. The audience turned jury in one of her flashbacks. A dissuading viewpoint from her male partners sends her off into these dreams. In another dream she ends up dead, “she has gone where no one can hurt her anymore.” 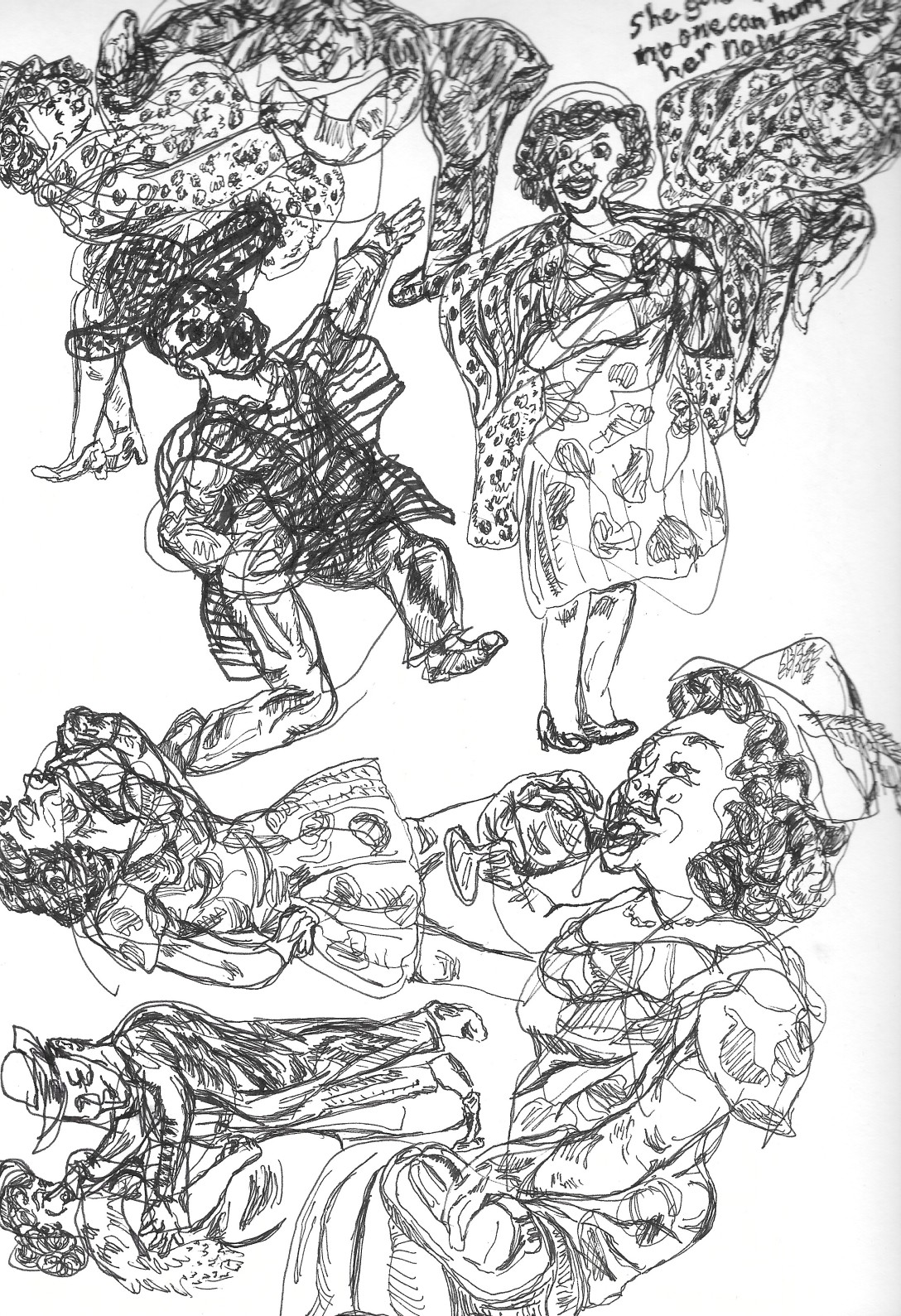 The reality in DREAM GIRL metaphorically expanded, and maybe a stretch but, the restrictions confined to a person, such as racial boundaries, but here it was generally stressed that her sex relegated her to the book shop, or a man. At the surface of Georgina’s dreams she was a damsel in distress, and in reality phone calls offered a realistic tragedy as opposed to the dehumanization of her dream world. The phone became another reason to disconnect from reality. Clark Redfield on the other side of the phone said, “Hurry because you gotta pay these guys [limousine driver] if the engine is running or not.” On the phone with different influencers on stage became a conduit for how Georgina’s existence is qualified by the speaker, and the audience imagines her next move. Whether it was sequential or an absurd spin on what she really thought.