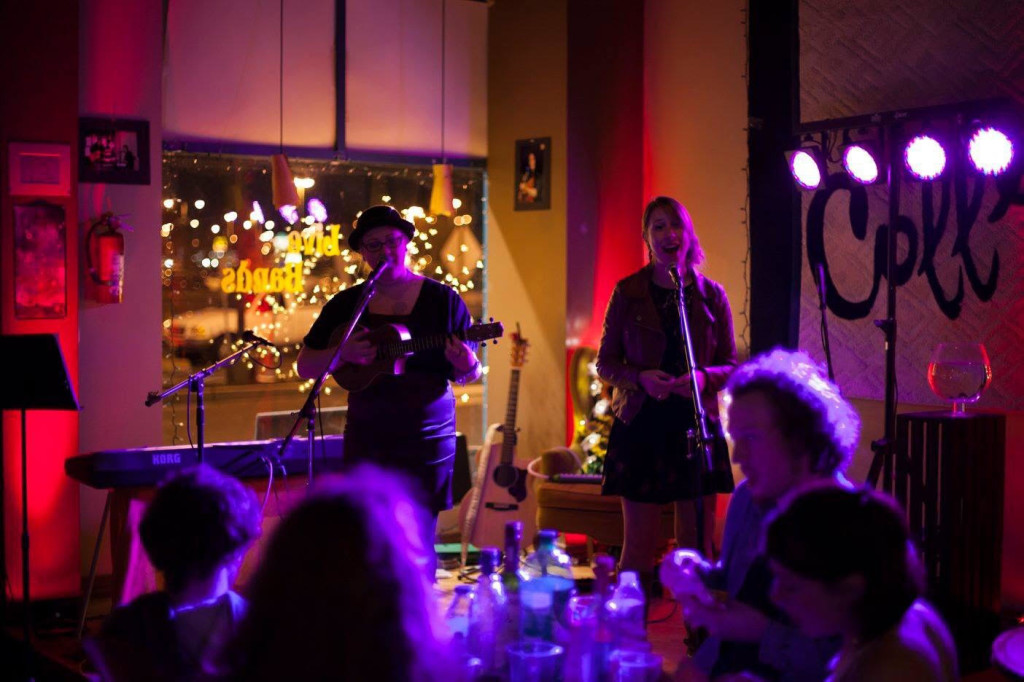 ONE MAN’S TRASH starts with co-star Erene Davis shouting the F word to us. Not the usual way performers ingratiate themselves to an audience, but, her friend and Tiny Rocks musical partner, Samantha Hitman, explains, Davis is in a bad mood. Hitman suggests pirate gear as the ticket to feeling better.

Well, okay. I might have gorged on the bowl of free chocolate coins on The Tusk’s reservations table, but as a narrative bridge, the pirate bit was poetry compared to the observation Hitman makes about Davis a few minutes later: “You do a lot of things.” This prompts Davis to confess that she once bit her boyfriend’s nipple, which leads Hitman to pull out Davis’ diary, and sing the story of a date begun at a karaoke bar while Davis mimes the action, in one of the show’s best bits.

The show is basically a pirate-themed excuse for these two twee indie folkies to sing their songs of love and independence. And boss audience members around like pirate captains: At various points one or more of us don pirate’s gear to search for hidden treasure, share our dreams, bat around balloons Blue Man Group-like, and hold hands and promise to see the treasure in the trash of our lives.

That we go along with it (or at least most of it (Thursday’s night’s crew mutinied at the idea of literally walking in someone else’s shoes) is testament to the women’s’ charm and charisma. The promise I made prevents me from saying more.