YOUR SUNDAY BEST is an awesome recurring show with a line up of comedians and comic performers coming out with material that seems true to the art of comedy. Your host, Chris Davis, came out onto the newly refitted Skinner Studio stage at Plays & Players wearing a tutu and ballet shoes (look for his new show One-Man Nutcracker December 18-24, 2019). The line-up he introduced showed the range of funny  characters out there, and the stand-up presented all kinds of seriously funny situations. 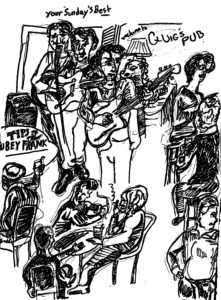 TUBEY FRANK opened the showcase with some rock-n-folk music at the bar. This solo act featured some intimate songwriting. There was a slight Fear and Loathing in Las Vegas look to Quig’s Pub. 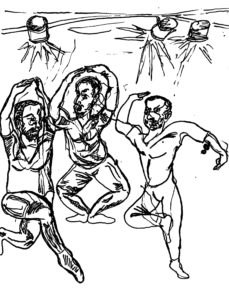 CHRIS DAVIS came out to introduce the November series of Your Sunday Best wearing a tutu. He teaches us a bit about how ballet and comedy are not that different after all. His sneak peak of One-Man Nutcracker exhibits some of the technique Chris Davis has been working on for his new show in white tights and a dance belt. Whoa!

BRIAN DAVIS, a school teacher, was introduced just after Chris Davis (no relation) gave us a little lesson about ballet and comedy. Brian Davis act was all about timing: he counted the minutes while on stage, while preparing for tonight’s show, and how long he has been alive. It was all about what a big waste of time life is. 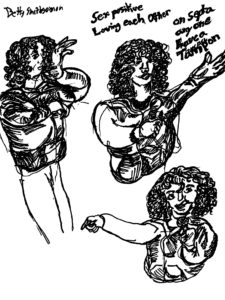 BETTY SMITHSONIAN opened up about some interesting thoughts on people and what not to say in public. She spoke openly about her body, with a funny Valentines Day card open to a woman’s period.

BENJAMIN KUNKLE was straight up, twisting his father’s words to sound like an insane senior citizen. His joke on Michael Jackson and Paul Newman was hilarious. 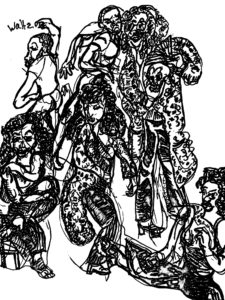 EMMA ORR shared more than just a night out on the town. Her short monologue was designed to establish the significance of an Elton John concert and the meaning of performance and the pressure of stardom.

JOHN MILLER GILTNER was a clownish devil with some hard truths of his own. “Where is my red nose?” A simple question, but too close for anyone to say it was on his butt. Uncomfortable audiences everywhere need to see this therapeutic act that ended with a ‘woke’ moment. 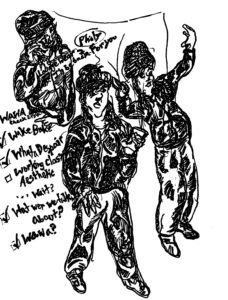 MARY MCCOOL went on and on about Wawa, and made some fun out of the stereotype of Philadelphians and their sweatpants. It was freaky how such a silly slap in the face can become so real. 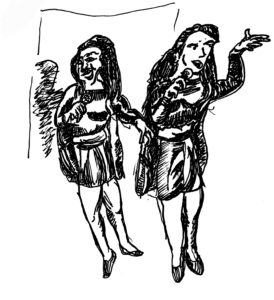 TARA HERNON said a few things about the service industry and the misogynist comments from patrons. 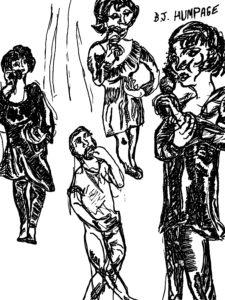 NORA HUMPAGE made a few reminders that her name had the word “hump” in it. The gravity of this remark seemed to collect more and more dirt, until it came to so-and-so, ‘B.J. HUMPAGE.’ 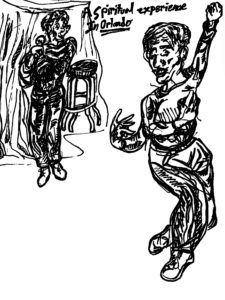 BELLISANT came out with a whole other side of ‘weird.’ Universal studio’s Harry Potter fans everywhere go to Orlando for a spiritual experience! Immediately, there was something strange about this idea, but homeschooling and the Wizzarding World of Harry Potter presented another dimension to the absurd duel between the children and the adults. 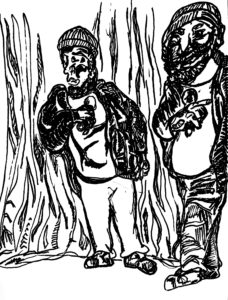 NAZEER HARPER rounds out the night with some fast laughs, and unstoppable sighs. He shows a lot about how comedy breaks those boundaries in comedy, but in the end we leave with a number of artists that go further into these groupings (gender, sexuality, masculinity, and class) that are funny to examine with or without any ease.