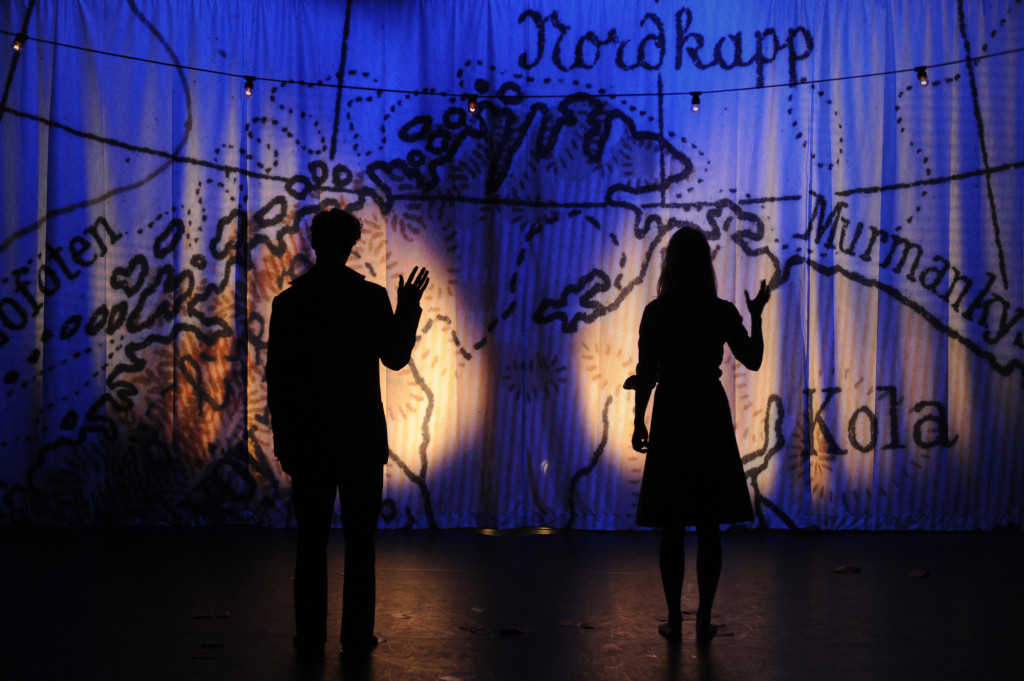 Jo Strømgren’s scintillating exploration of the territorial tensions between a man and a woman working in the same office takes us beyond the frontier of the cubicle wall to traverse the dynamic boundaries of human relations via music, movement, and dance. In this sensual, sometimes farcical tour de force, the protagonists (Ida Holten Worsøe and Sigrid Edvardsson), who do not share the same language, outdo each other in the antagonization department with superb creativity. When the man notices the woman bending over to place paper in a wastebasket, his emotions become remapped, taking the drama in another direction. Friction builds, and a beautifully expressive, passionately performed musical segue ensues near each peak and valley.