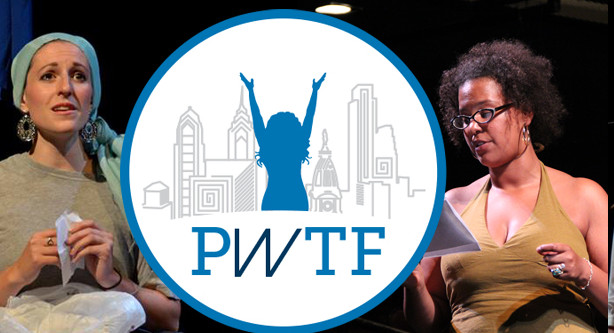 There are dozens of theater companies putting on full seasons of professional productions in Philadelphia, but female playwrights and directors are still underrepresented in their seasons. Over the past five years, of Philadelphia’s largest grossing professional theater companies, only 10% of produced plays were directed by women and only 20% were written by female playwrights. The Philadelphia Women’s Theater Festival, which runs its inaugural season July 30-August 2, 2015, is trying to make a dent on this depressing outlook.

According to artistic director Polly Edelstein, PWTF’s acronym has a dual significance. “We’re asking, Philly, WTF?” says Edelstein. “It’s 2015 and we are still underrepresented on stage, backstage, and in positions of leadership.” PWTF will provide opportunity for women in all disciplines: directors,playwrights, actors, designers, singers, composers, comedians, solo performers, stage managers and more.

In 2011, Edelstein founded Crack the Glass Theatre Company, producing several shows of short plays by women playwrights. A stint in academia, completing an master’s in theater at Villanova University, gave intellectual foundation to Edelstein’s drive. She emerged with a manifesto and a new commitment to change the local theatrical landscape. She’s teamed up with a group of like-minded local female theater artists to found PWTF.

PWTF will feature a blend of practical and professional development opportunities through workshops, roundtable discussions, networking events, a production of local playwright Alisha Adam’s Other Tongues, and performances by Caridad Svich’s The Hour of All Things, featuring Blair Baker. There will also be a selection of readings of new works; collaborative, solo and devised works of local playwrights; a Comedy Cabaret Hour; and a special award for Jennifer Childs, playwright, performer and artistic director of 1812 Productions.