REV Theatre Company, founded in 2000 by Rudy Caporaso and Rosemary (“Rosey“) Hay, and located in New York and Scranton, PA, presents Shakespeare and other classical works in innovative ways, often based on workshop approaches. The company seeks to build new communities along the East coast. REV adapts rarely performed Elizabethan plays, like The Witch of Edmonton, which ran Off-Off Broadway, played to sold-out houses in Philadelphia, and was performed at the International Festival of Arts & Ideas in Connecticut. They are now performing Shakespeare’s Comedy of Errors at the Physick Estate in Cape May, NJ, July 14-25, 2015, and in Columbus Square Park [12th and Wharton streets, Philadelphia] July 30-31, 2015; revtheatercompany.org. 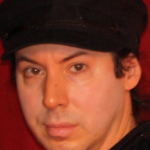 Rudy Caporaso, a graduate of the American Academy of Dramatic Arts, is a professional actor who has appeared in numerous Off-Broadway, Philadelphia, and London productions playing a wide range of roles, including Hamlet, Iago, and Puck. Caporaso is the co-founder of the recently created Scranton Shakespeare Festival, and serves as the co-founder and co-artistic director of the REV Theatre Company. As its educational director, he has worked extensively in outreach theater programs. 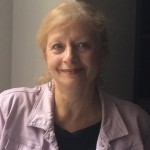 Rosemary (“Rosey”) Hay, trained at the London Academy of Music and Dramatic Arts, and worked as the Assistant Director for Trevor Nunn at the Royal Shakespeare Company. She has taught and directed at numerous schools, including the Central School of Speech and Drama, London; the Stella Adler Conservatory, the Juilliard School, and the American Academy of Dramatic Arts, New York; the New York University; the Yale School of Drama; and the University of the Arts, Philadelphia. Hay is the co-founder of the recently created Scranton Shakespeare Festival, and serves as the co-founder and co-artistic director of the REV Theatre Company.

Eger: Unlike traditional theaters, you attract a wide range of people who may just walk by seeing your outdoor productions. How are you engaging these communities that cross racial, cultural, ethnic, and economic backgrounds?

Hay: Our outdoor productions are extremely interactive. We bring the world of the play to our audiences so that we break down the fourth wall that usually exists between performers and audiences. For example, during the “To be” speech, Rudy as Hamlet talks directly to audience members who are only 2–3 feet away from him, which made the soliloquy very intimate and immediate. To allow Rudy (as Iago in Othello) to address the audience directly, we built a ramp into the audience.

A crucial element in the engagement of a broad section of the community is that we offer our performances free of charge so that anyone can come and experience the production. We always offer talkbacks for our educational production, and occasionally for public performances as well.

Eger: Large crowds at the Physick Estate in Cape May clearly love your production of The Comedy of Errors, including the warm-up with its Elizabethan festival prior to the show, featuring “jugglers, jesters, music, cheer, food, drink, interactive entertainment, and a visit from the King and Queen,” according to Shore News Today. How do you involve your audiences during your Shakespeare performances?

Hay: In our current production of The Comedy of Errors, Nell, the kitchen wench who is enamored with Dromio, chases him in and out through the audience at various points in our production. Similarly, Antipholus and Dromio run into the audience and hide behind people, inviting their complicity by asking them not to reveal their whereabouts to the other characters involved in the chase.

Shakespeare is anything but boring

Eger: How are you developing new audiences for classical theater?

Hay: Our outdoor Shakespeare productions are not only free, but we make them vital, immediate, and accessible through rigorous attention to the text and the action, along with intensely physical and dynamic staging. Children and young people in particular can experience for themselves that Shakespeare is anything but boring.

We also work in educational environments, particularly Rudy, who teaches in a major after-school program in Wildwood, NJ. Shakespeare is a part of the program and the participants are exposed to these extraordinary words and stories. For the past 4 years, REV also has partnered with United Neighborhood Centers (UNC) in Scranton, and we created a Teen Shakespeare Program that has expanded to include Middle Schoolers. These young people will be our audiences in the future, and they will know from first hand experience that Shakespeare is exciting and thrilling.

Eger: For a number of Americans, theater is seen as expensive and elitist.

Caporaso: A major element that contributes to theater being elitist is unaffordable ticket prices. For people of a certain economic standing, if the choice is a loaf of bread or an evening at the theater, the bread should and must win, of course, but people’s artistic souls and imaginations also should be nurtured. Therefore, everyone under 15 is admitted at no cost. This is to ensure that we can reach tomorrow’s audiences so that our outreach to them hopefully will nurture their desire to see more theater.

Eger: What are your plans for the foreseeable future?

Caporaso: At the beginning of August, after the Philly leg of our performances, we’ll return to Scranton for one of our original children’s theater pieces—a production with children for children. Immediately after that, we will present They Only Come Out At Night: A Graveyard Cabaret in Laurel Hill Cemetery for the Philly Fringe in September . . .