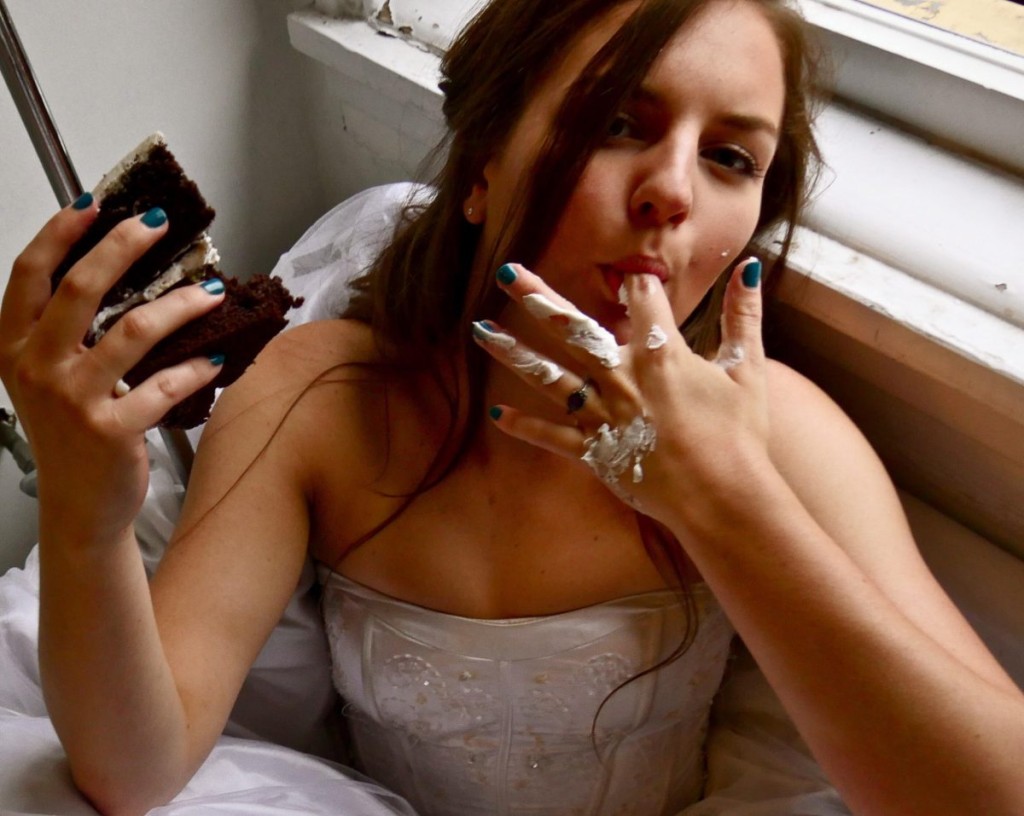 Experimental troupes formed by UArts graduates are about as rare as Wawas in this city, but rarely do any of these companies announce themselves as memorably and forcefully as Haygen-Brice Walker and Elaina Di Monaco have over the last three Fringe Festivals. They are distinguished by their fierce intelligence and understanding of theatrical tropes, which they gleefully deconstruct in well-made plays that are simultaneously freewheeling and narratively sound. Audre Lorde was wrong, at least with respect to this particular genre: You can dismantle the master’s house with his tools.

Their current play’s tongue-in-cheek title tells you a lot about what you’ll experience in the basement space at St. Mary’s Church: THE GROOM’S A FAG; THE BRIDE’S A CUNT; THE BEST MAN’S A WHORE; AND THE MAIDEN OF HONOR (JUST) HUNG HERSELF IN THE CLOSET. But so much can only be appreciated in the room. There’s Walker’s prodigious talents as a writer: Imagine a love child sired by Tennessee Williams and Charles Ludlam and raised by Annie Baker. His text has the rollicking, improvisatory feel of devised theatre, minus the self-congratulatory navel gazing. Or Di Monaco’s steady direction, which keeps the long, late-night experience from ever stalling, and works in perfect concert with Kevan Sullivan’s rhythmic, jolting choreography. Jeremy T. Cohan’s guerrilla lighting is very much of a piece with the world Walker and Di Monaco are creating.

As the titular bride, Campbell O’Hare anchors the cast with a performance by turns caustically funny and ultimately shattering. She’s easily the best actor in her peer group currently working in Philadelphia, something you already know if you saw An Octoroon or Mauritius, and she inhabits her brittle and broken character with breathtaking fearlessness. But she’s far from the only delight in this large ensemble: Ashton Carter generates a great deal of sympathy for the conflicted groom; Lily Cumberpatch makes the maiden of honor a sultry enigma; Jenna Kuerzi turns in a comic tour-de-force as a wedding planner who’s dancing as fast as she can. At the performance I attended, understudy Sydney Marks jumped feet-first into the role of the groom’s skeptical sister; she deserves high marks for integrating herself so smoothly into the feral proceedings.

On the Rocks has a voice and knows how to use it. They don’t just flirt with disaster—they throw their arms around the strange and lick its face. Stay up past your bedtime, grab a six pack and give yourself over.