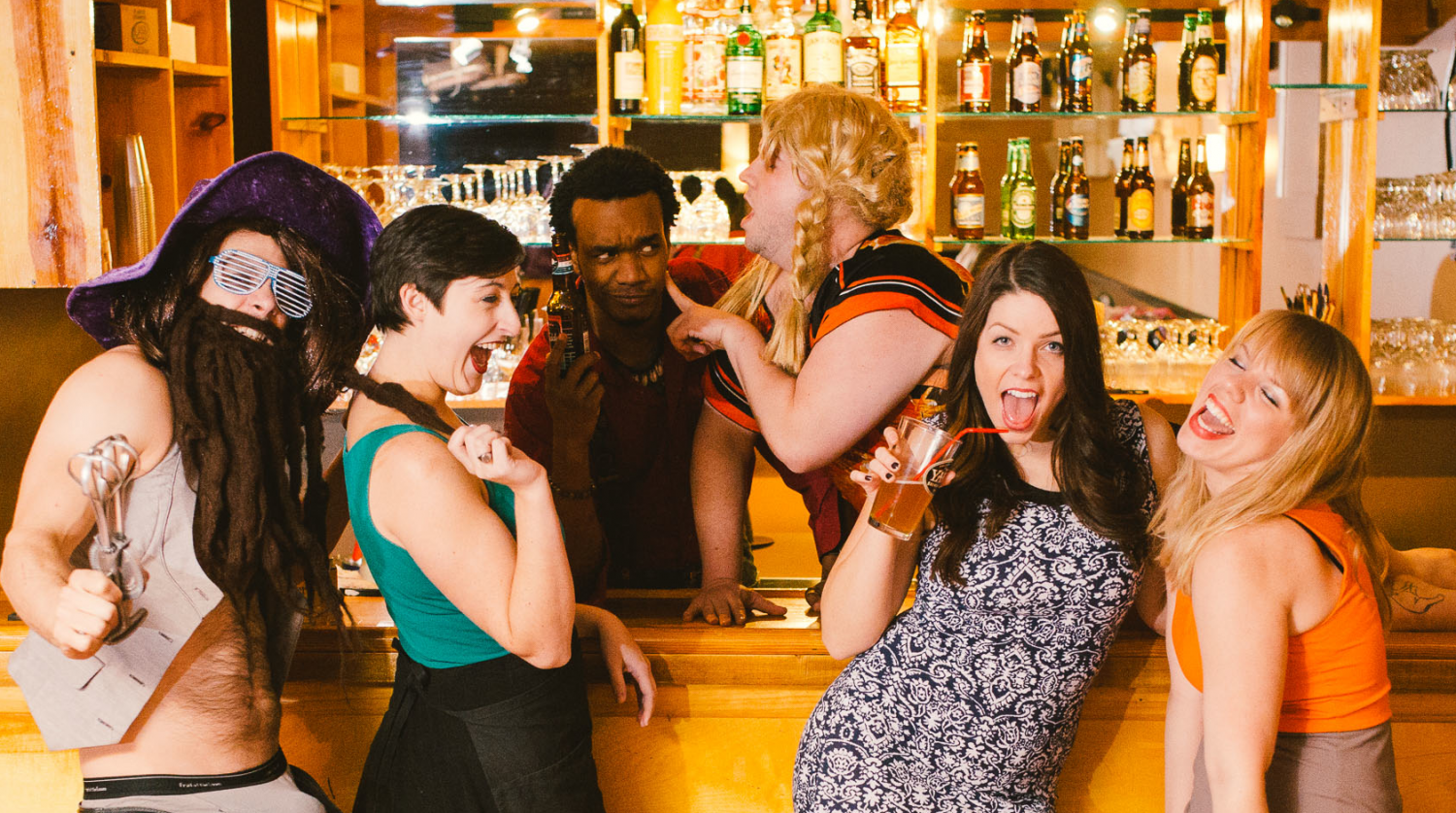 If you come late to a performance of BYE BYE LIVER: The Philadelphia Drinking Play, staged at the Urban Saloon, you may be fooled into thinking that the show simply isn’t happening. Upstairs it’s just a regular night out: couples and colleagues cluster around tables, drinking from sundry cocktails or beer pitchers. Friendly waiters are taking drink orders, welcoming new guests like old friends. It’s only when Ben the Bartender introduces himself and starts shaking his time-stop tumbler, and the waiters suddenly step on the slightly-raised platform, that you realize that maybe something staged is going on.

BYE BYE LIVER is bar mitzvah party entertainment… at a bar: magic tricks, whispered gossip, brittle friendships, bad dancing, dad jokes – but with way more booze than you could get away with at a family function. In a series of sketches for cheap laughs, the cast introduces characters that we know all too well: Jack Daniels, John Jameson, the enthusiastic drinking buddy, the chatty group of girlfriends, the sickly-sweet couple on their third anniversary. And if you’ve got enough imagination and alcohol, you may even meet the Fairy Drunk Mother. Don’t forget to pick your own beverage in advance, however: in between scenes, the audience takes social drinks and play “Never Have I Ever”. BYE BYE LIVER is funny and familiar, if at times offensive and stereotypical. If you’ve been looking for a new watering hole anyway, though, this is one way to guarantee some jokes with your beer.