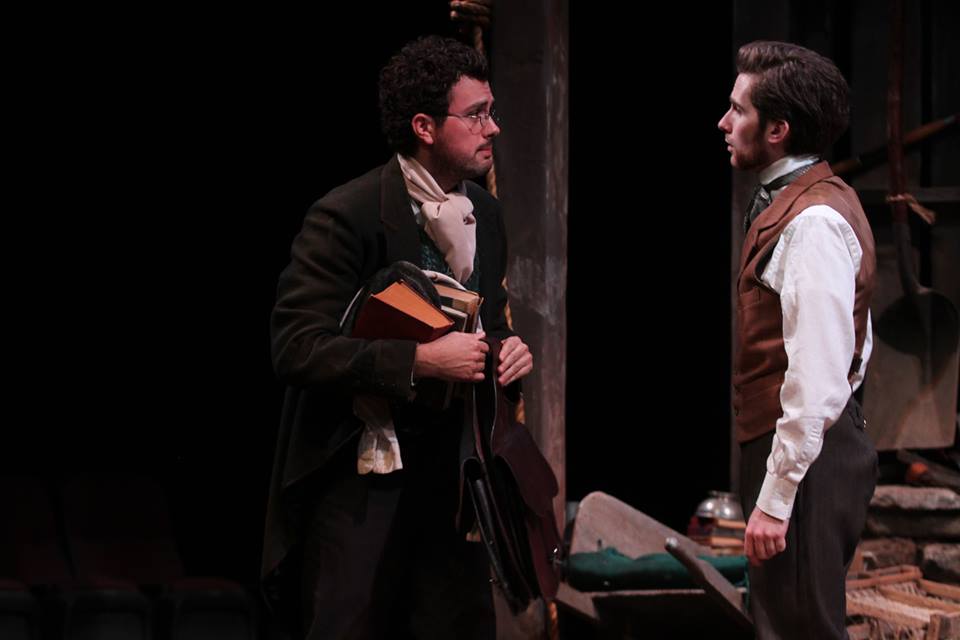 It’s 1833 and British soldiers have descended upon the Irish town of Baille Baeg as part of their efforts to thoroughly map the whole of Ireland. One of the soldiers, Lieutenant George Yolland (Sean Connolly), has reservations about the standardized English names he’s been ordered to apply to Irish towns, instead expressing a desire to learn the Gaelic he’s erasing from his maps. When he meets local woman Máire (Amanda Coffin), it’s love at first sight, but soon he’s taken hostage by rebels in the town who oppose the presence of the British soldiers. When the British army threatens to raze the town as revenge for this kidnapping, the villagers must decide if, and how, to defend their homeland.

TRANSLATIONS takes some settling in to. The Irish villagers, led by schoolteacher Manus (Stephen Tornetta) speak Gaelic, although the actors are speaking English, so when the British army shows up, speaking English, and can’t understand the villagers, it’s at first a bit confusing. However, once this language barrier is established, Brian Friel’s classic play mines humor from the character’s misunderstandings (the audience, of course, understanding both the English soldiers and the Irish villagers).

Additionally, the play is uninterested in establishing a main character. At first, it seems as though Manus is our hero, struggling with his bleak job prospects and his love for Máire. But once George shows up, the focus shifts to him ─ that is, until he’s kidnapped by the Donnelly twins. Plenty of other characters populate the play, such as Doalty (Kyle Fennie), who transforms from a prankster to a determined defender of his homeland when the British threaten to destroy the village. Then there’s Owen (Chris Monaco), a member of the village who’s been employed by the British army to help with their mapmaking endeavors. In his capacity as mapmaker, Owen most directly grapples with the play’s theme: is your home just a name, or something deeper?

Pointing to the book containing the new, standardized names the British government has forced on these Irish villages, Owen says, “It’s only a catalogue of names.” When his father (Kevin Esmond) says of the names, “We must make them our new home,” Owen responds, “I know where I live.”

In the end, the central character of TRANSLATIONS is the village itself, showing how it’s inhabitants respond first to the verbal destruction of their homeland, then to its physical destruction.