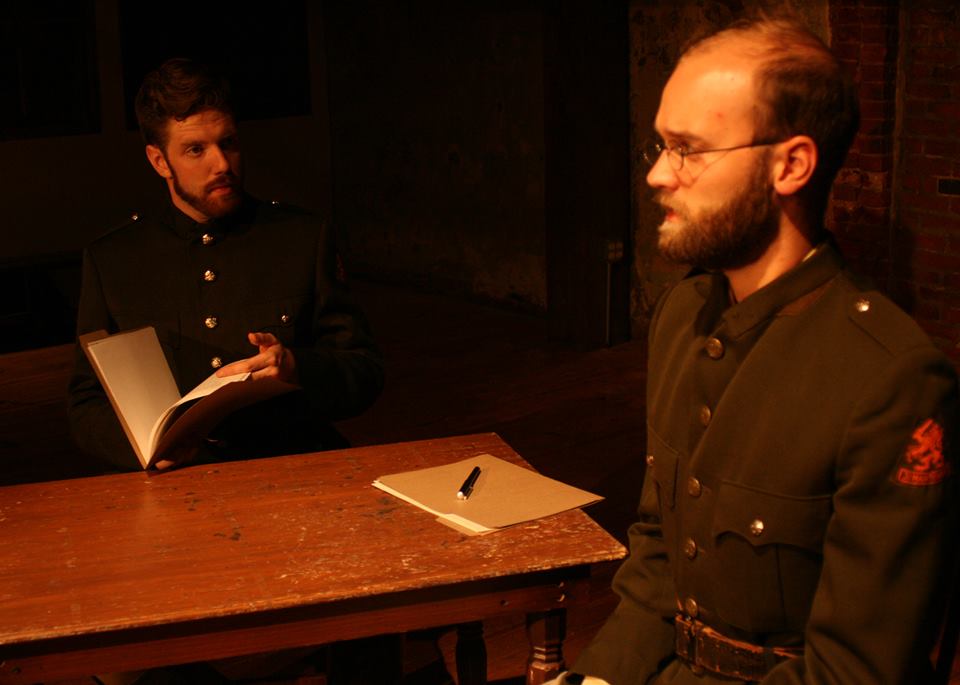 Fictional with historical underpinnings, A GREAT WAR starts at a crucial moment near the end of the story, when a furious soldier demands to see a general. Backtracking, a German officer (Jake Blouch) tells the Berlin populace that the approaching war is defensive—a stretch, to put it mildly. Like thousands of Jews who enlisted in the Kaiser’s army, our hero Michael (Tom McGovern) feels German first. On the eve of war, his girlfriend (Kelsey Carroll) is ready for romance. He demurs. (Is it only a tactical sacrifice when she later consorts with a military big shot?) Told in personal vignettes, the story rides on a broad range of issues with a slew of trajectories, not all of which are resolved. In a magic realism arc, Michael survives impossible odds. A main concern, the Schlieffen Plan, was a brilliant maneuver for quickly eliminating one front of a two-front war. In reality the German military departed from Schlieffen’s concept at great cost. For the purposes of this play a bound copy of the Plan serves as a blueprint encompassing a whole war. The playwright carefully contrives a situation where Michael sees it in a courier bag. Much hangs on this young soldier’s disillusionment at his country’s betrayal of trust. It’s not clear why a common soldier would believe that the public would be privy to the secret plans or foibles of the military command. Yet, the device works.