The timely BROKEN WING, offered to the FringeArts festival in an beautifully executed performance by Pantea Productions, tells the story of a brash American photographer (Bob Stineman) who, while traveling in Iran, sleeps with his host’s young wife Arezoo. Arezoo, played by Leila Ghaznavi (who’s also the playwright), is crushed by the outcome in a tragedy of manners. This production smartly manages to dish out long lessons on the delicate balance of the culture clash without sounding didactic, and could be eye-opening to many viewers. 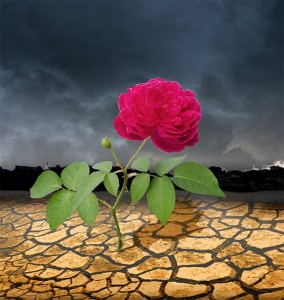 This original piece, which did very well at the Edinburgh Fringe Festival, makes a curious mistake: it misses the crushing irony of the play’s ending, opting for beauty where there is only deepest chagrin. Can we, with a straight face, buy that Arezoo achieved freedom? Careful viewers might be troubled, too, by the play’s reliance on the male narrative, and the reduction of the main female character to little more than a symbol of beauty and innocence, when discussing an issue which certainly should place a woman’s story central. The set (Kit Stolen) is opulent and immersive, and Mal Whyte offers a masterful portrayal of Arezoo’s father/husband Ali, the “good” man holding all of the power, who understands both cultures and is unable to erase the evil in either, or even to cleanse them from himself. [Studio X, 1340 13th St.] Sept. 10-19, 2014. fringearts.com/broken-wing.

Read another Phindie review of BROKEN WING, by Ninni Saajola.