“You don’t have to like classical music, but you have to like beer,” sings a lonely bassoon player (Jennifer Holbrook) in Michael Ching’s charming SPEED DATING TONIGHT! It’s true. Played in the fitting site specific locale of Duel Piano Bar, the playful opera finds an array of love-seekers put together in rounds of speed dating. There’s a war correspondent slash pathological liar (William Lim), a Buick obsessed rebounder (Andrew Shaw), a cat lady (Brynn Terry), and a range of other young lonesome souls. Framing the action, there’s some interplay between a bartender (Jackson Williams, perhaps the pick of the fine singers on display) and server (Sara Stejkal). 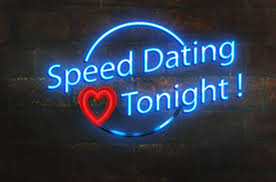 There aren’t wide variations in writer Ching’s melodies, but there are a few stand-out arias (“Two Damaged People”, “Obsessive Screen Disorder”), and the lyrics and staging (Siddhartha Misra) display a cleverness throughout. In the first pairing the woman has a boyfriend and the man has no job and lives with his parents; later one dater sings “This is going pretty well”, the other “This is the longest five minutes of my life.” Most refreshing, though serious talents, the singers of Poor Richard’s Opera aren’t self-serious. They have fun and so do we. [Duel Piano Bar, 1420 Locust Street] September 4-12, 2014; fringearts.com/speed-dating-tonight.