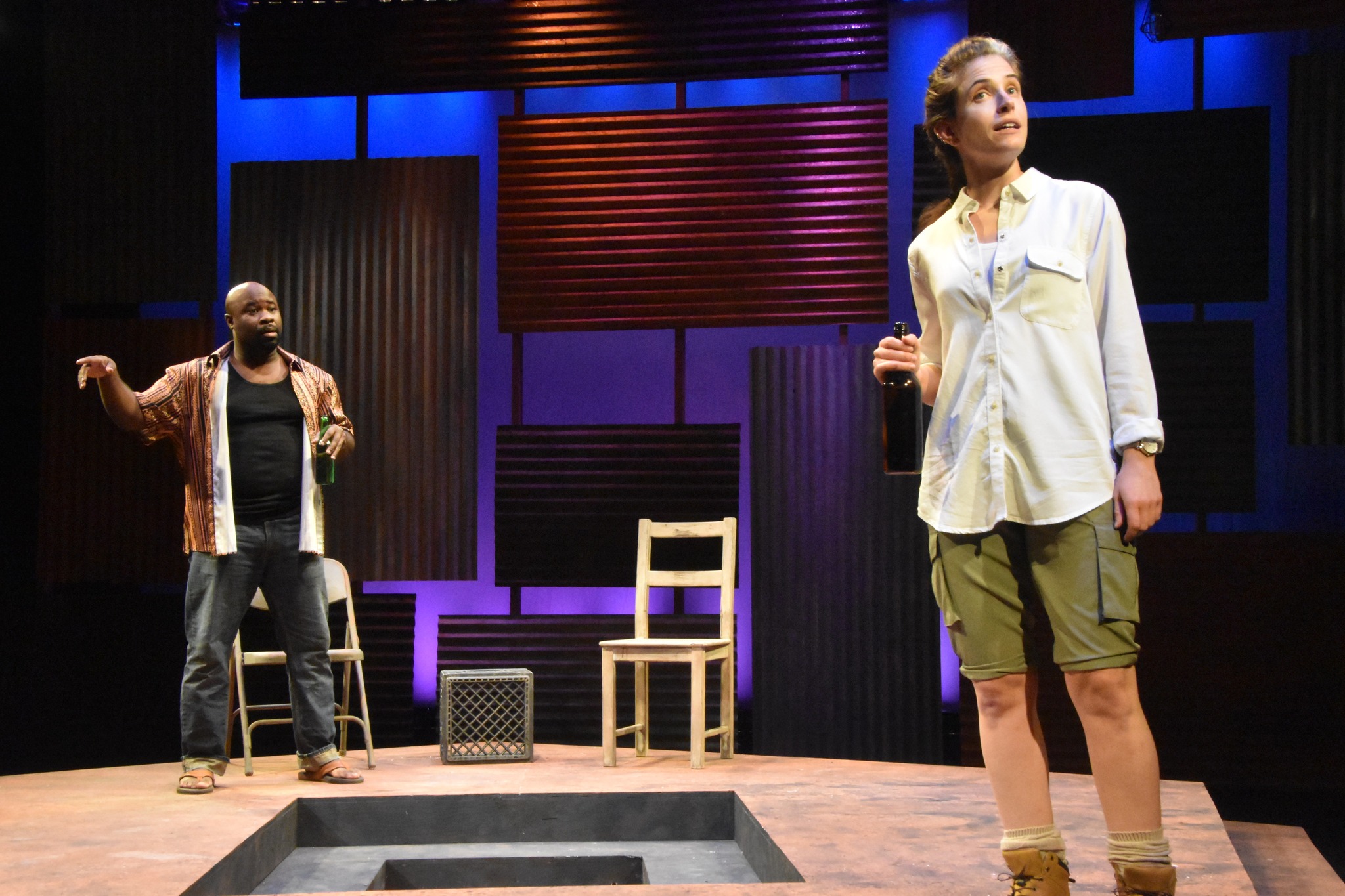 Faced with bureaucratic nonsense or official missteps, who hasn’t said ‘fuck the government’ or a more genteel equivalent? The multi-ethnic East African Kenya Colony gained independence in 1963. Jomo Kenyatta ruled until 1978, succeeded by Daniel Agap Moi who ran the country until 2002. One-man rule fosters abuse. It’s important to note that celebrated playwright Will Snider spent three years working in Kenya and Ethiopia. He knows what he’s writing about, presenting a microcosm of Kenya’s plight in two characters: Kennedy, a native, is hired on as a driver by Sarah, an American engineer. Though polar opposites culturally, they connect.

Under Charlotte Northeast’s able direction, actors Akeem Davis as Kennedy and Hannah Gold as Sarah turn in brilliant and inspired performances. I remember well Akeem as Cecil B. Moore in Theatre Exile’s Rizzo, and as “Big O” in Othello, Desdemona, and Iago Walk into a Bar in 2012. Then in 2014 he absolutely nailed it in Henry V at Philadelphia Shakespeare Theatre, and also in Shitheads by Doug Williams (2017). At that time I wrote “Akeem Davis is an engine, one of those rare actors who burns with energy even when he’s standing still.” Hannah Gold, as the far less flamboyant Sarah, measures up well to Davis’s Kennedy. She has performed in numerous plays at the Wilma, Arden, People’s Light, EgoPo, City Theater Company in Delaware, you name it.

The dramatic interplay produced by these two accomplished actors captures and keeps the attention of the audience. A sizable production team is behind the simple set design. Effective and well utilized, it’s more complex than it may seem. The play’s end may not be all that everyone might have hoped for, but it is logical and on some level inevitable.