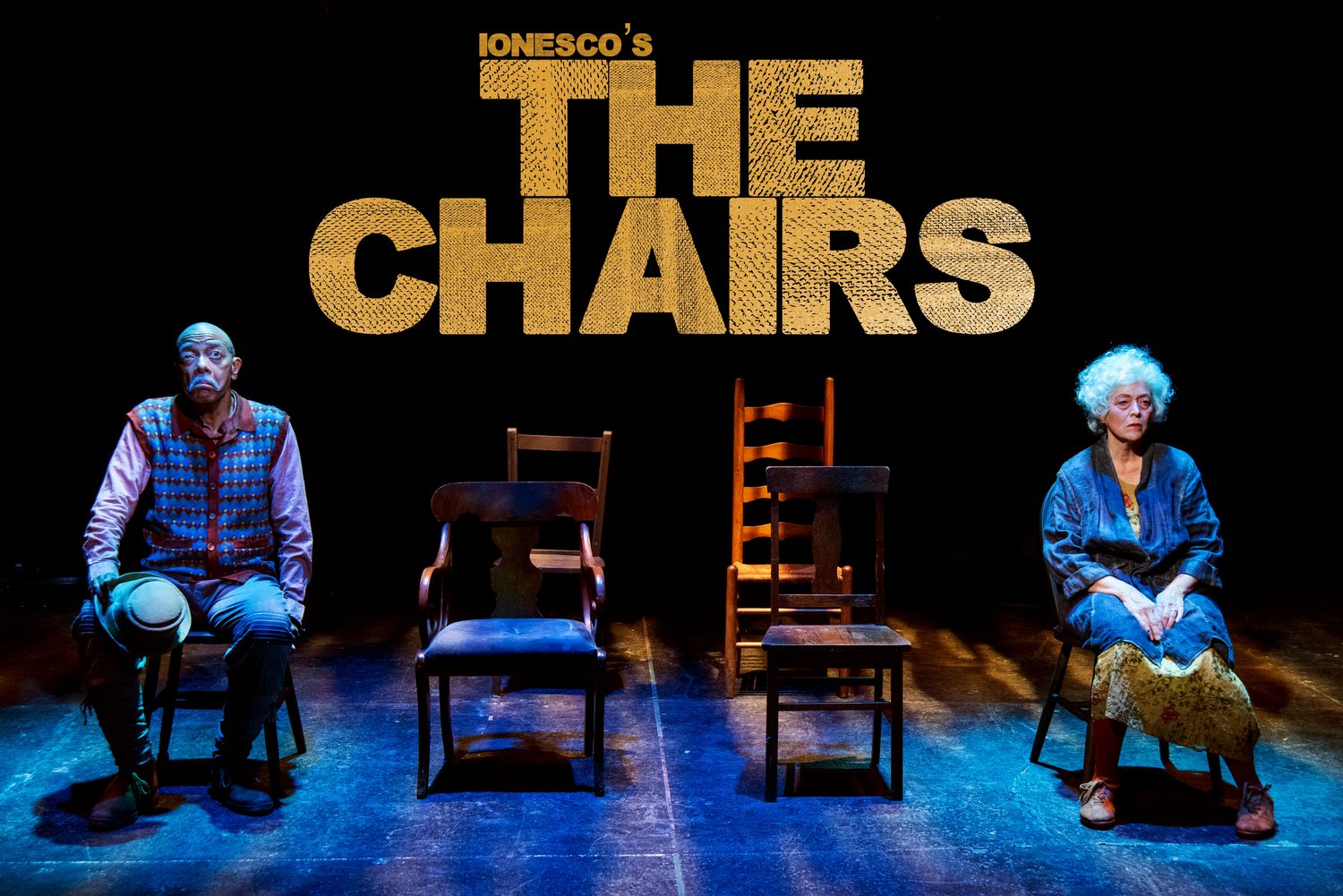 Due to the pandemic, it had been many months since I’d visited the Sedgwick Theater in Germantown. October 1 was opening night for The Chairs by Eugene Ionesco. Before entering the Quintessence Theatre performance space, the audience waits in the huge, high-ceilinged middle lobby, replete with its deteriorating sepulchral Deco designs. It was good to be back.

Theatre of the Absurd owes its existence to Alfred Jarry, Albert Camus, Eugene Ionesco, and the other Dadaists and Surrealists who explored the concept of meaninglessness. This is the avant garde.

The Chairs debuted in Paris in 1952. It’s the story of a couple, married for 75 years, who are expecting guests. Although we don’t see anyone, the couple keep hauling in chairs for their guests. An Orator who is unable to communicate arrives to give a speech. The choice of actors is wonderful. They can handle the absurd. E. Ashley Izard plays the role of “Old Woman,” as a charming combination of slut and rag doll. And I’ve never seen the inimitable Frank X carry on in baby talk.