When I first met Brandon Monokian at the Arden to interview him about his play, THE LIVING DRAGON, part of the Philadelphia Fringe Festival, he wasn’t wearing any shoes. I thought this was some kind of political or artistic statement, but it turns out it was just because of the rain that day. Brandon didn’t want to be sloshing around in wet shoes. When I told him what I thought, he laughed, “Let’s go with that.” In this interview, he discusses growing up, Theatre Critic Trump—one of his publications—and his creative present and future.

THE LIVING DRAGON  was presented at the Arden Theatre on September 7-8, 2018 as part of the Philadelphia Fringe Festival 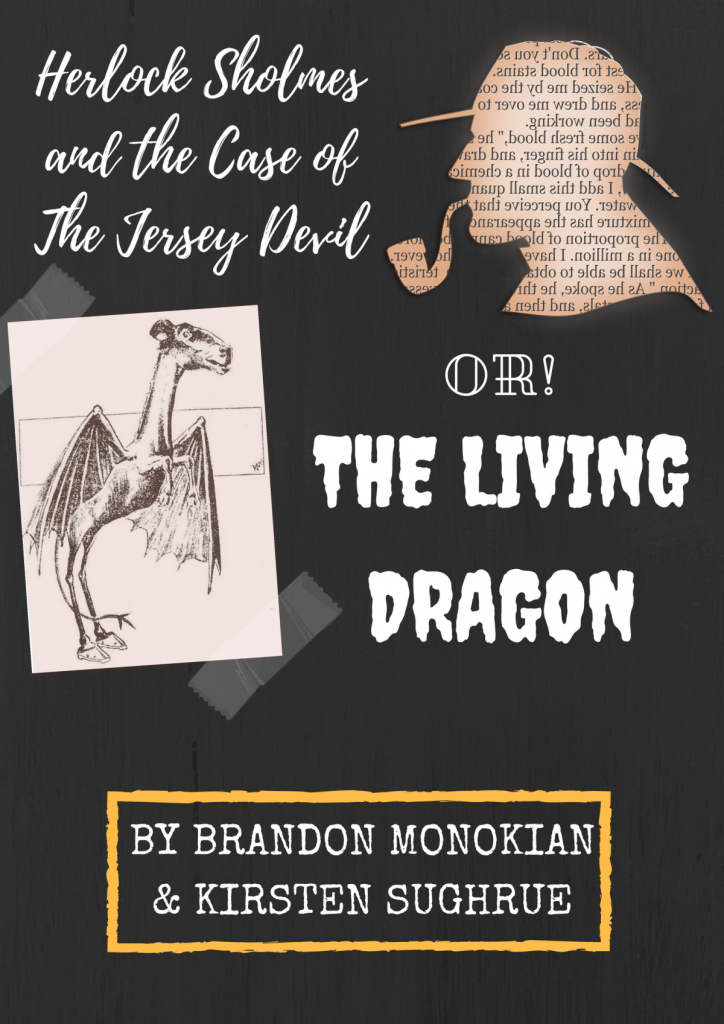 Tina Gill: In THE LIVING DRAGON you satirized Sherlock Holmes, the Jersey Devil, and various situations. How did you get into satire? What is it about this genre that most appeals to you?

Brandon Monokian: I’m a sarcastic and blunt person. That sort of attitude lends itself to satire. It wasn’t necessarily the kind of writing I wanted to do (I thought I’d write really beautiful, poetic things), but it’s definitely the thing that people respond to the best. My most widely seen creation has been the Theatre Critic Trump twitter which is a total satire of the theatre world and my film that got released globally is a musical theatre mockumentary called Happy Yummy Chicken.

Tina: You said you felt you were being pushed to direct when you were younger. How did you meet or challenge the expectations that others set for you?

Brandon: When I was in college, I was told by one professor in particular that my only talent was directing and that I was a horrible writer and actor. But as you go through life and especially a career in the arts, you see that people’s opinions can be subjective, and if one person doesn’t see your talents in one area it doesn’t mean they don’t exist. Having a career in the arts is really fucking difficult sometimes, so now I just do whatever I want and the people who like what I do, like it, and those who don’t, don’t—and that’s okay. Sometimes, it’s hard to not let people’s negative opinions of you bring you down, but nobody’s trash opinion is worth being late to brunch over.

Tina: You mentioned Theatre Critic Trump was your way of dealing with the outcome of the 2016 election. What were your goals for this satirical booklet and what was the response to it so far?

Brandon: It’s funny because Theatre Critic Trump is the thing I’ve put the least effort into but it has by far achieved the widest audience. After the 2016 election, I was in a super dark place, so this satire of not only the president but of the entertainment industry was a great way to put things I was terrified of in a humorous context. If I can laugh at the things I’m scared of, I can overcome them. The Theatre Critic Trump book is something I wrote in like a day. It’s short, but people seem to really like it. I’d like to maybe do another book. I’ve been talking about doing it as a live show. We’ll see, I can’t play the part. I’m not good at impersonating “The President.” 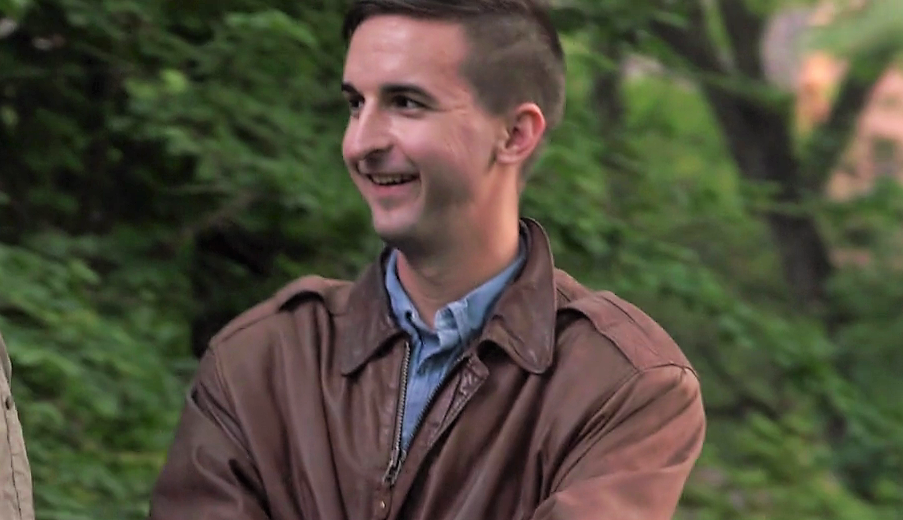 Tina: The “party atmosphere” at the Arden Theatre, which you tried to promote, felt natural to me. Was this atmosphere something that evolved over time, or did you create it consciously?

Brandon: When Katie Frazer and I started our own production company, Love Drunk Life, we knew that we were going to be working in multiple disciplines. So now, when we throw events, we try to integrate as many disciplines as possible. That’s why, when people come to our Philly Fringe show, we greet them with live music, and an invitation to shop a little at our “live Etsy” shop, and drink wine.

We want audiences to come and have a live experience that is special to that day and time but also be able to shop and leave with something they can take home. I think as we continue as a company that party atmosphere and the types of art we present will just get bigger and better.

Tina: What are your goals as a writer, actor, and stage and film director for the foreseeable future?

Brandon: I want to work with good people and grow as a person and have that reflected in my art. Our company, Love Drunk Life, just released two short films: Self Tape, a pseudo-sequel to Happy Yummy Chicken, and Tree Time, an animated film—both part of the Digital Fringe. At the end of September, I’ll be acting in a new play in New York,That Feeling When You’re the County Sheriff, by Charlotte Lang, which I’m very excited about.

Tina: Is there anything else you wish to share?

Brandon: I want to do things that make me happy and make me learn more about myself and about the people surrounding me.