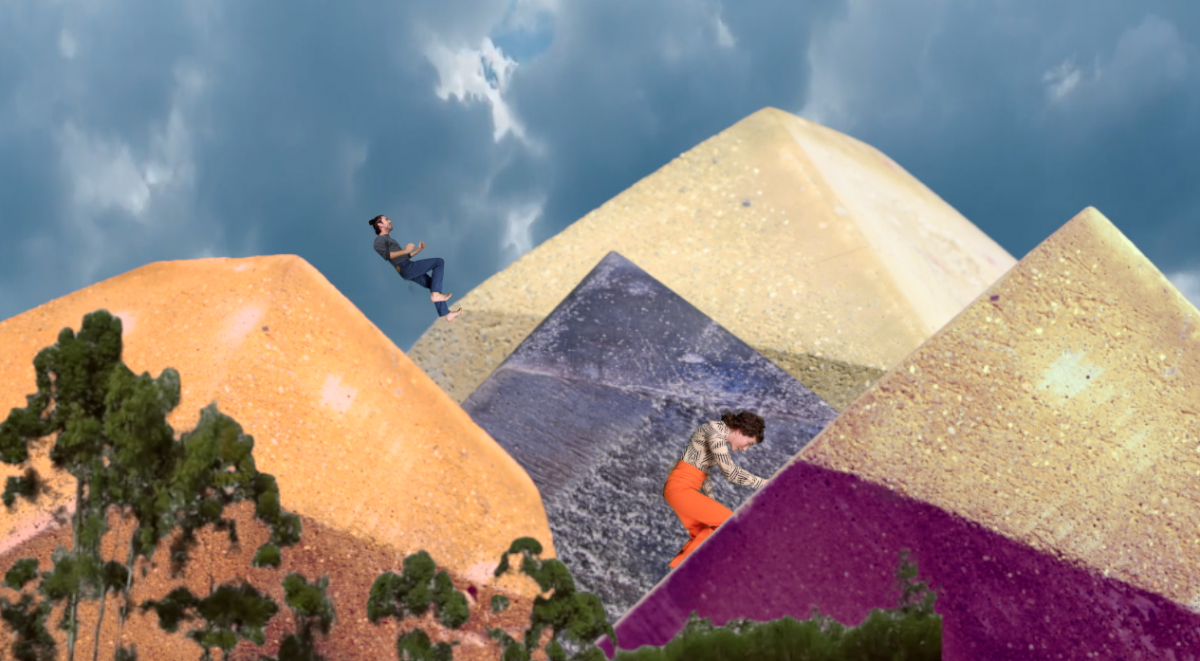 There is a mystery at the heart of Jean & Terry: Your Guides Through Dark, Light, and Nebulous: what exactly is the relationship between Jean and Terry?

Jean (Melissa Krodman), a droll 50s housewife with an upper crust accent, sits in a chair and tells recurring stories about Terry…”That reminds me of a story. The other day Terry came home…”

In alternating sequences, Terry (Kelly Bond) takes center stage under blinding white light and instructs the audience members to open their third eyes and enter into her consciousness.

Jean talks about housework, childcare, throwing a party, etc., but slips easily into musings about the gap between her material life and the infinite energy of the universe.

Is Terry an actual person, a close friend of Jean’s? Or maybe she is an imaginary friend? Or a third possibility, could she be a spirit guide, a projection of Jean’s unconscious wisdom?

And then there are the two blissed-out guys (Jaime Maseda and Mark McCloughan, a dead ringer for stoner dude Jeff Spicoli from Fast Times at Ridgemont High) who, unlike Jean and Terry, do the dancing but not the talking. The two are so goofy with their pasted on grins and wide eyes that they generate happiness through their relentless positive energy.

The most important character in Jean & Terry, however, is the giant video backdrop that oversees and connects the action. Designed by Ilan Bachrach, the images are a colorful and trippy kaleidoscope of rolling clouds, all-seeing eyes, and live, distorted projections of the performers.

All of the elements eventually come together; as our dancing proselytizers make it obvious through their hand, arm and face signals where the energy needs to go, the original score by Greg Svitil cranks up the vibrational rumbling noise, and the video screen swirls with cosmic vibrancy. Jean stops talking, gets up out of her chair, takes a few tentative steps, and then appears to leave her body behind.

Terry (whoever she may be) dares the audience to join in, giving psychic instruction in how to climb out through the third eye portal and swim in eternal consciousness. The tone of Jean & Terry is hard to read: are these psychedelic antics a joke or for real? Perhaps this pleasant state of confusion is necessary to take a chance – loose enough to laugh at the absurdity, but curious enough to give it a try.  [FringeArts, 140 N. Columbus Boulevard] November 17-19, 2016; fringearts.com.