In their new experimental play and self-described form of psychic activism, choreographers and performing artists Melissa Krodman and Kelly Bond peer with a curious and open third eye into ideas of the Universal Consciousness. The performers stage their attempts at seeking one-ness, achieving telepathy, elevating our collective vibrational frequencies, and acknowledging the impossibility of it all. Set against a journey across the astral plane, JEAN & TERRY asks us to consider what we are made of and what, if anything, separates us. [FringeArts, 140 N. Columbus Boulevard] November 17-19, 2016; fringearts.com. 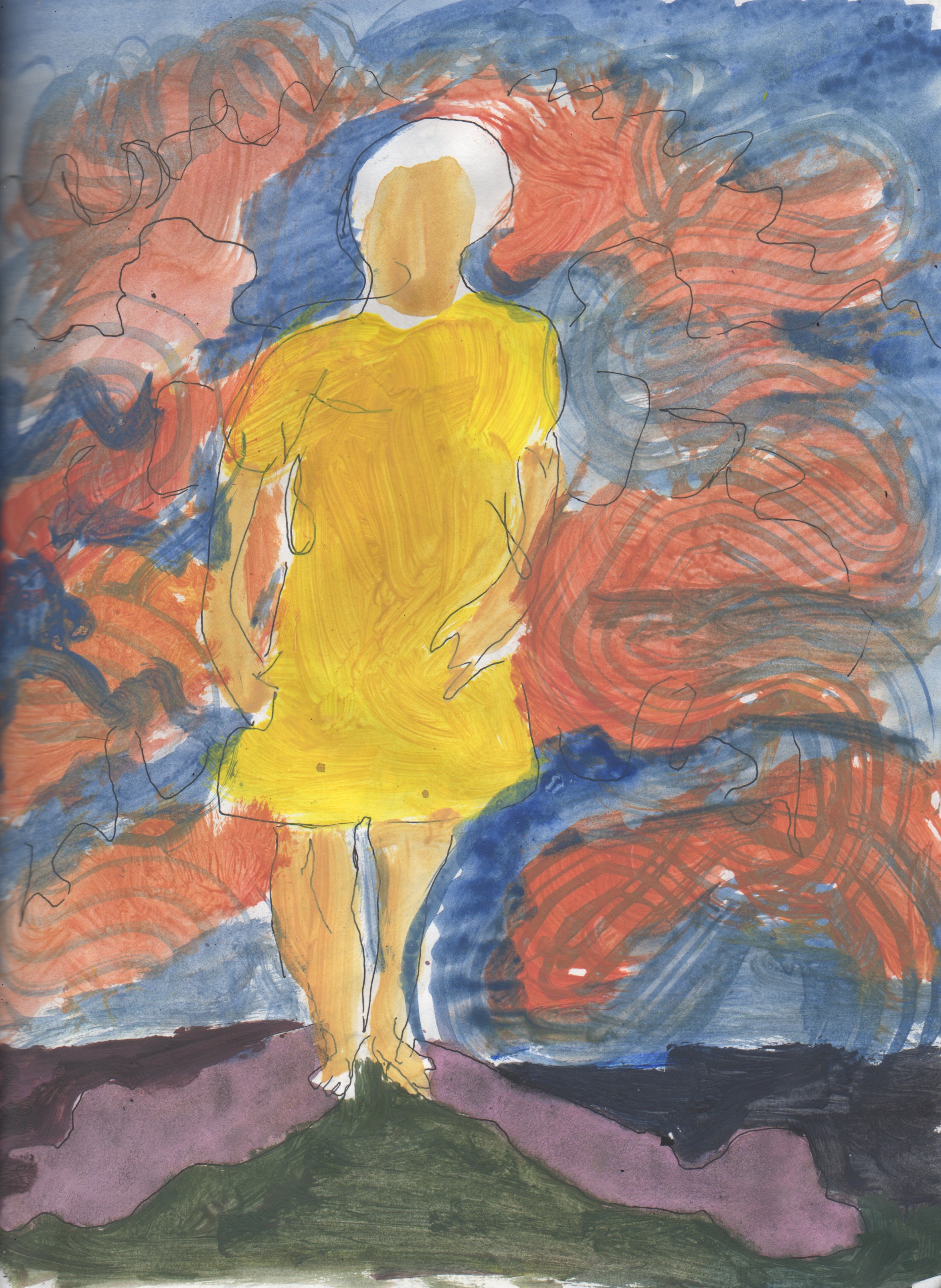 They work with Mark McCloughan and Jaime Maseda who lead one another onto the stage and into a funkadelic category of music from the 1960s. 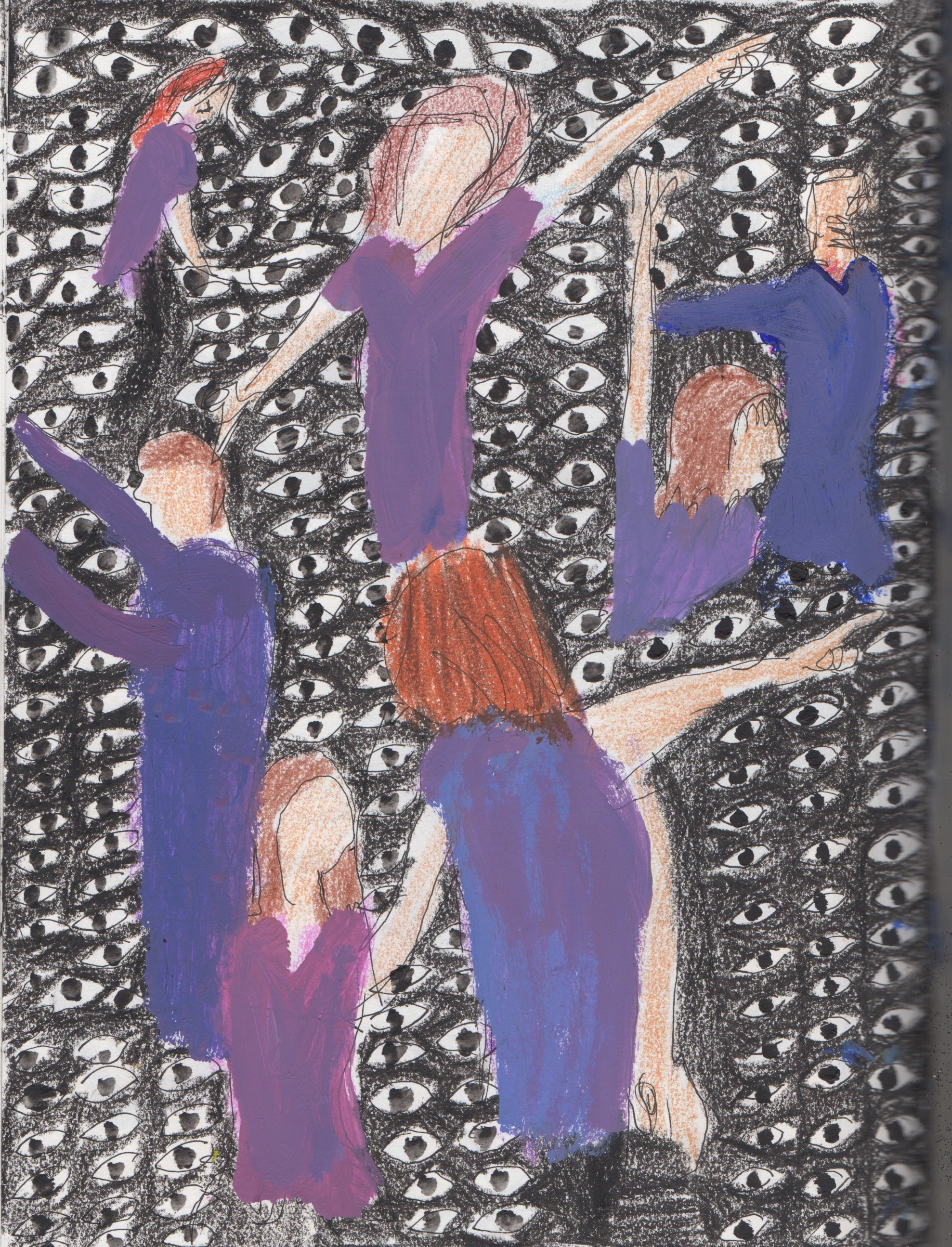 They discover and meditate upon the energy outside of the body. The four performers stand in front of a projection of a landscape, eyeballs, and clouds. The light, dark, and the nebulous characters are showing an interconnectedness. 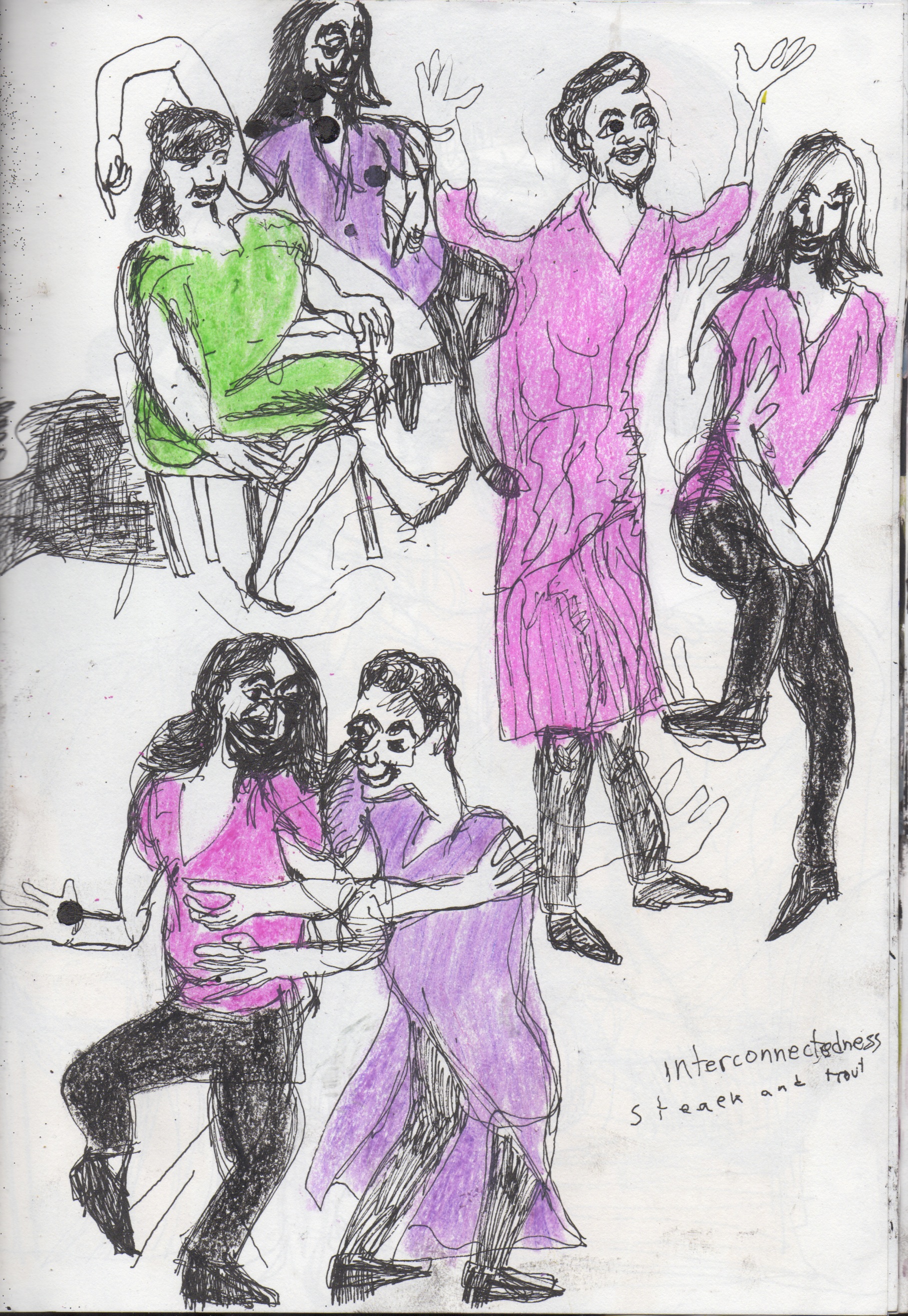 The light is a pleasant neo 60s dance by McCloughan and Maseda, but at the same time Krodman is a motionless model reminiscing on the past. We are torn between the two presences, and Kelly Bond acts as mediator. At one point the two jolly characters sweep across the stage and point at Krodman, and the two worlds are kept separate. She sits in the shadow appearing to fade into the darkness. 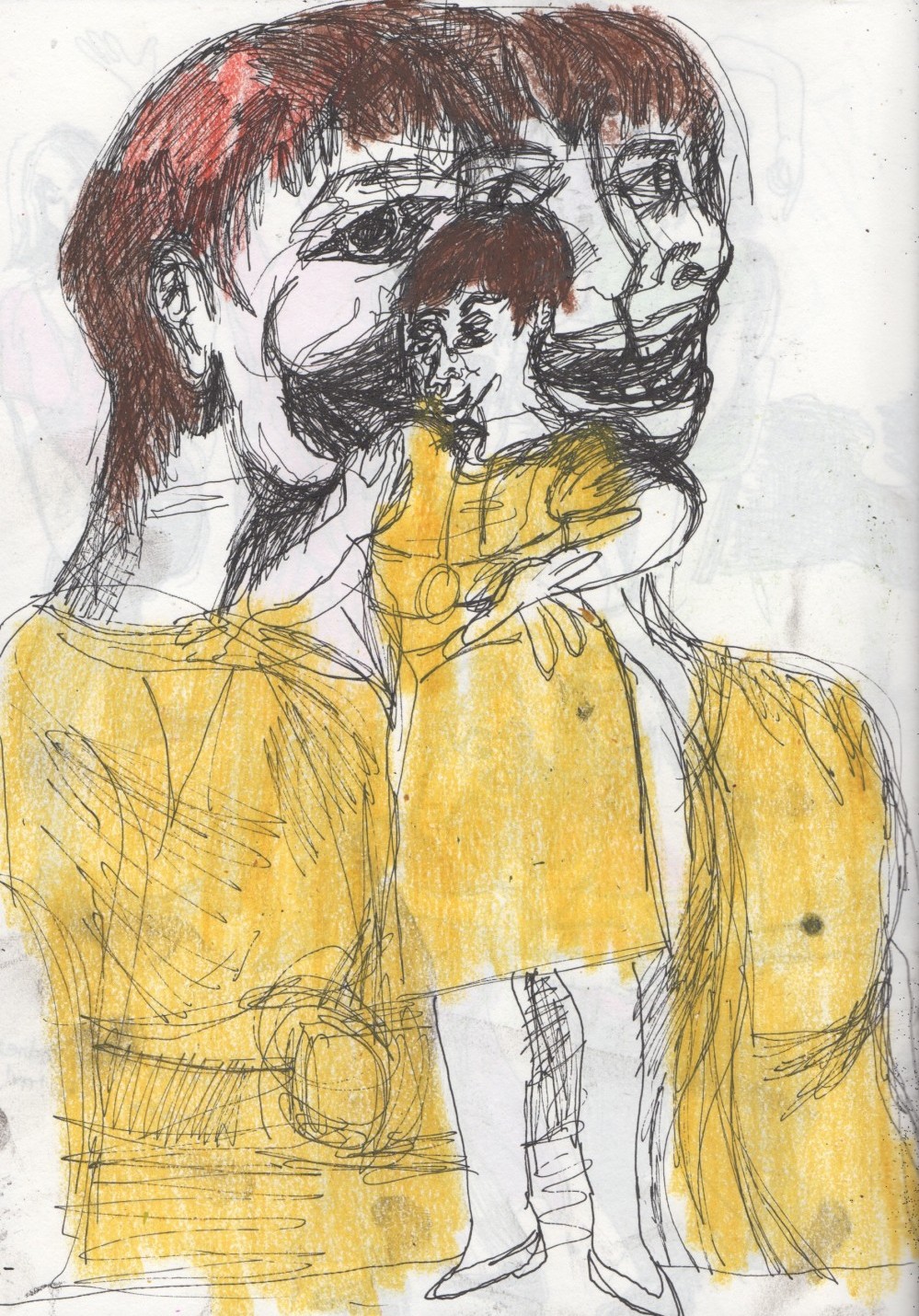 McCloughan and Maseda show time passing, and the expressions on their face create a glowing persona. They dance around and she is seemingly not doing anything.Yet they are a mirror images of one another, one’s light and one’s dark, and one’s moving and the other is stationary, and Bond is inviting the audience to look to the mind’s eye. 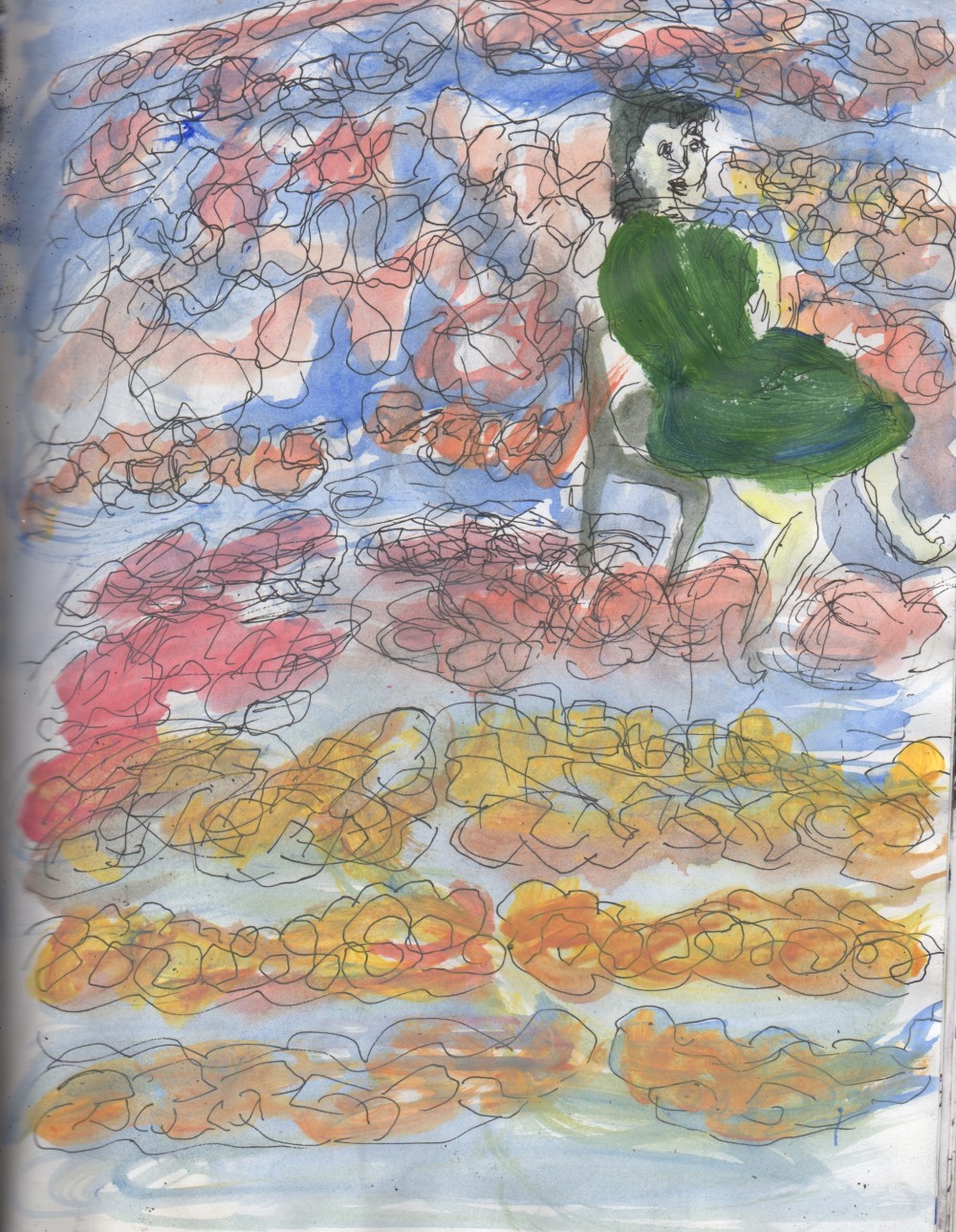 That is a transformation towards which Bond guides us. She encourages a positive energy in the interest of embodying the nebulous chaos happening around the stationary model. Smile, close your eyes, and look toward the mind’s eye. It appeared that the meditation was on the seated figure. She is dressed completely in green and this ensemble sinks into the background. Bond’s slow melodic voice assists the audience in an entrancing way. It almost enables Krodman’s mind to detach itself from the body. 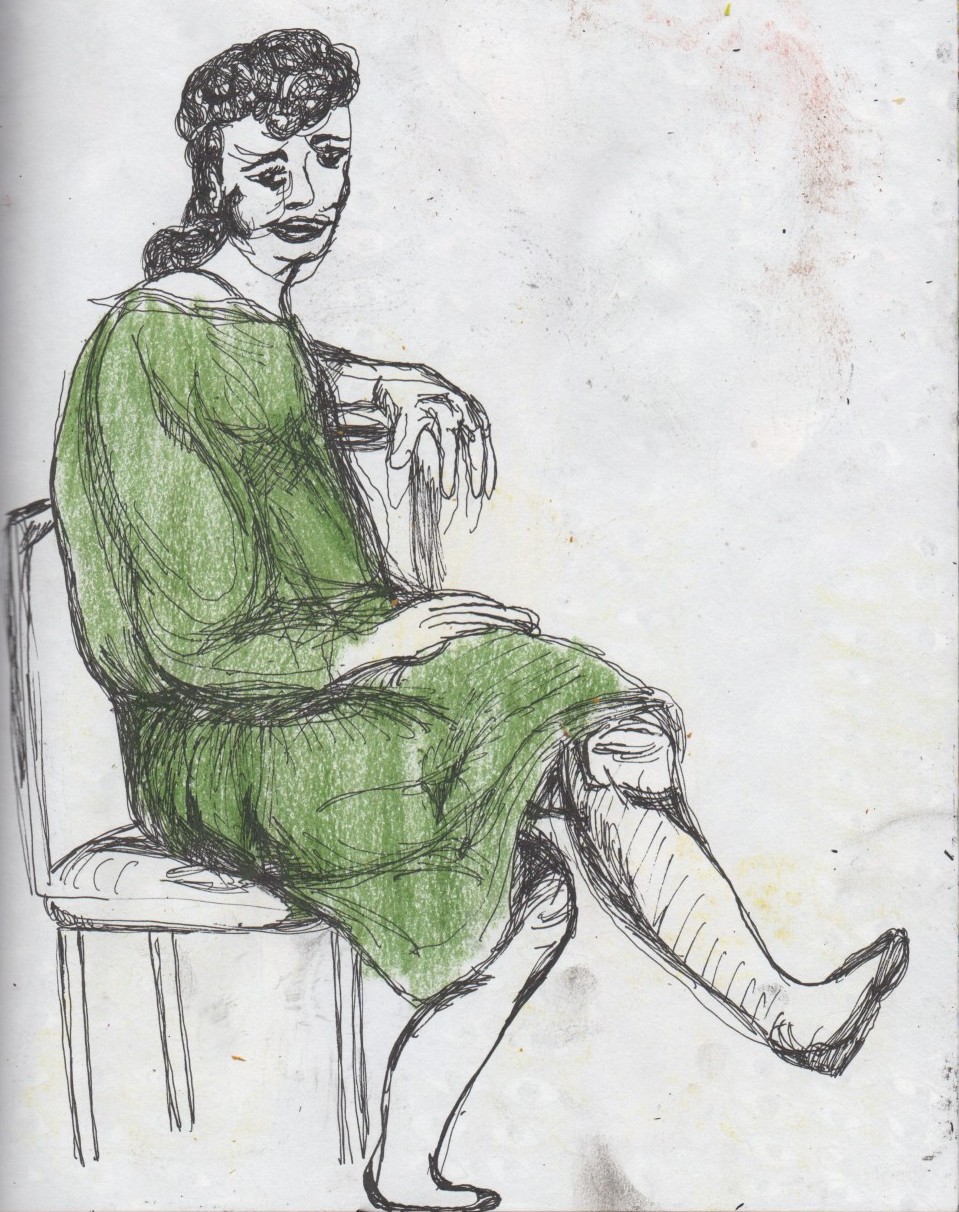 The assisted meditation acts as a narration, and our thoughts are on this division between the body and the mind. A dreamscape is projected on the far wall, and clouds from a sunset seem to separate into mirror images on opposite ends. It is about the power of the mind, in the end the motionless actor physically moves, and it is like the actor has just arrived.. [FringeArts, 140 N. Columbus Boulevard] November 17-19, 2016; fringearts.com.