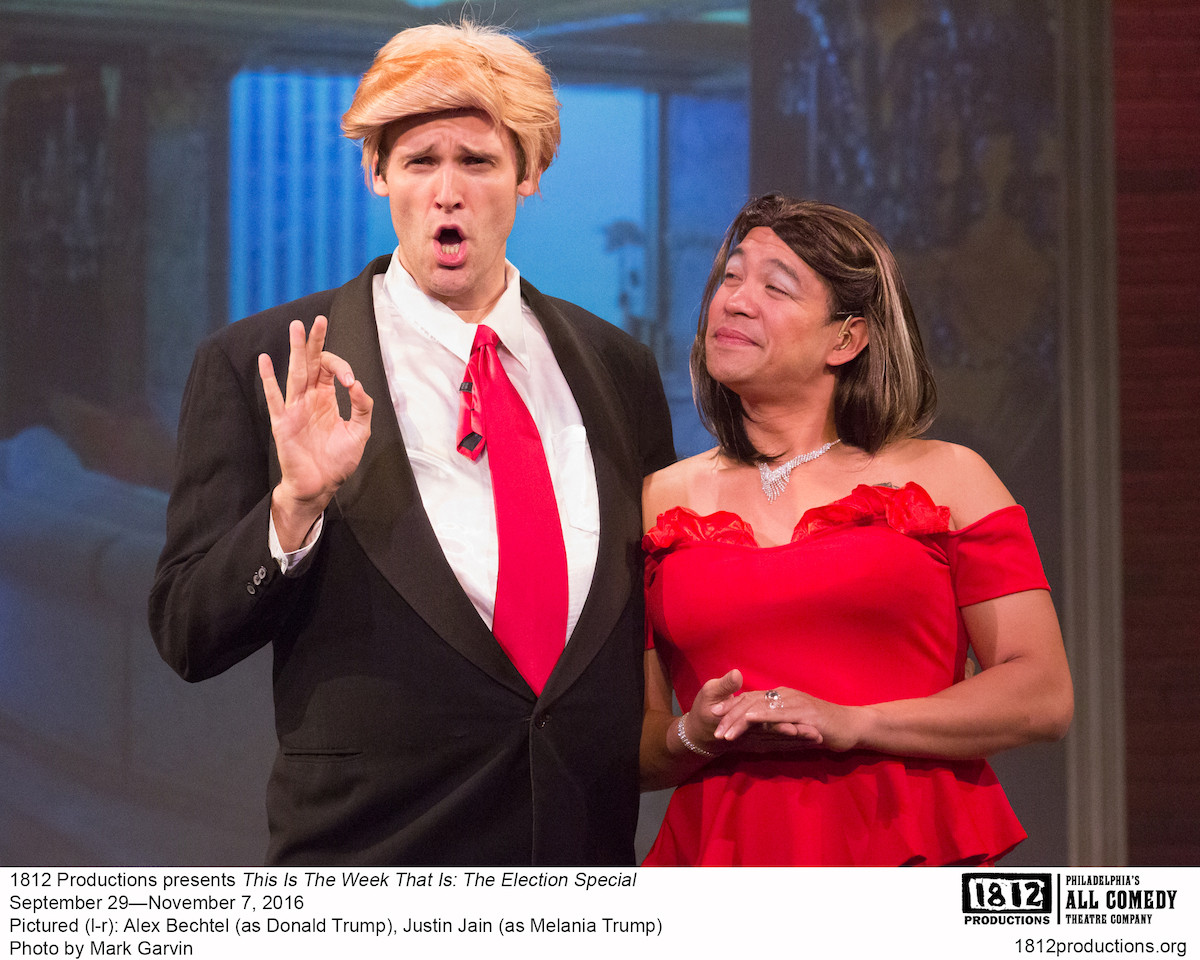 Ho boy, it’s been quite the election cycle. When presented with two polarizing candidates and apparent apocalyptic destruction no matter who wins, what can we Americans do but laugh? Thankfully, Philadelphia has 1812 Productions to ease the pain with its annual satirical show, THIS IS THE WEEK THAT IS, this year focused entirely on making fun of Election 2016.

It’s designed similarly to Saturday Night Live, each sketch relating to the past week’s news. There’s a Weekend Update-esque reading of headlines and a full-band performance at the end — appropriately, “You Can’t Always Get What You Want.” (Raise your hand if you’ve heard “the lesser of two evils” approximately 2,016 times this year.) It’s a multimedia show: In one sketch, a news anchor interviews a theatergoer from the lobby while the video livestreams to the stage, and others include video segments.

Showrunner Jennifer Childs has the comedic and musical diversity to pull off both Hillary Clinton singing a version of “Dreamgirls’” “And I’m Telling You I’m Not Going” and Trump’s youngest son, Barron, signing a version of “The Sound of Music’s” “So Long, Farewell.” Her now-iconic character, Patsy, also makes an appearance to share her no-nonsense, South Philly-infused opinion about all that’s wrong with the world.

It’ll be especially interesting to see what the 1812 crew comes up with for closing weekend, happening right before the election. Will they predict doom or salvation? Either way, it’s sure to be hilarious.