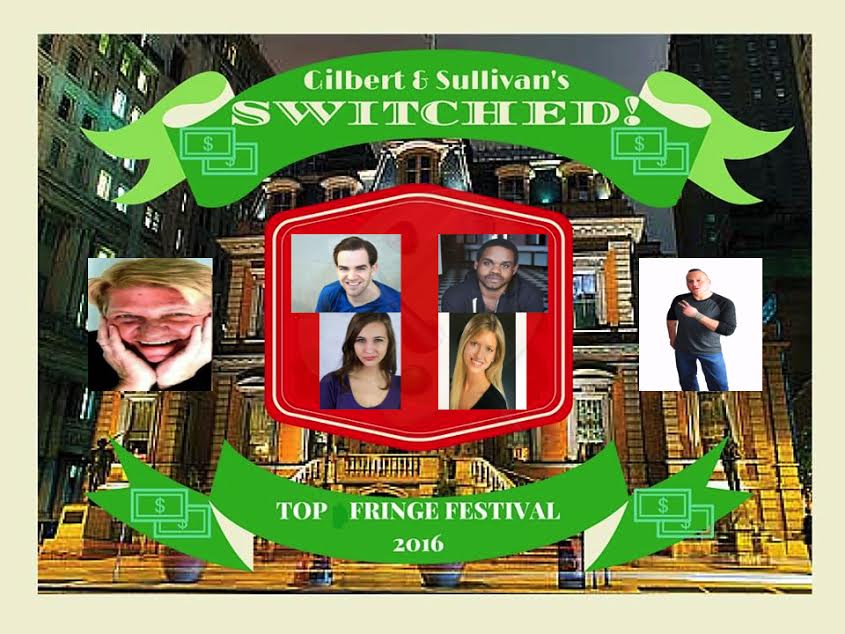 “It’s this topsy-turvydom that people are drawn to,” lyricist Kevin Stackhouse said when we talked before the show. “People like to feel smart, and what comes out of Gilbert & Sullivan characters’ mouths is like Shakespeare’s clowns—so wise and so myopic at the same time.” This Trading Places story, a black/white Prince and the Pauper, has been Gilbert and Sullivanized.

The cast is definitely game, with energy and good spirits all around. The costumes are bright, and they get a lot of mileage out of the small lecture hall stage that represents various locations. I had heard and read complaints about a serious audio problem. In our pre-show chat I asked Kevin if they’d been able to do some fixes. He noted that the recorded music was turned down somewhat and the cast had been told to speak up. The director isn’t listed in the program, so it’s not clear who needed to deal with these problems. In any case, they weren’t addressed aggressively enough. Lightning fast lyrics must be clear and loud enough to be understood, which is tough when—a very good rendition of—Arthur Sullivan tunes overpowers the voices. Cast members Ian Morrison, Robert Hitchen, Christopher Latzke enunciate and project their voices, and most of their material can be appreciated. But overall I heard maybe 30% of Stackhouse’s lyrics, and what I heard was a riot. What a loss for us!* When you’re spoofing a G&S show, the lyrics are kinda the point.

* Coming out of the PAFA building I asked some people if they enjoyed the show. They said they really did, but they couldn’t make out the songs. A man said they should be miked. One woman said she couldn’t understand the words, but she gathered what was going on from the action. I think that was the case for a lot of people. It’s a shame.