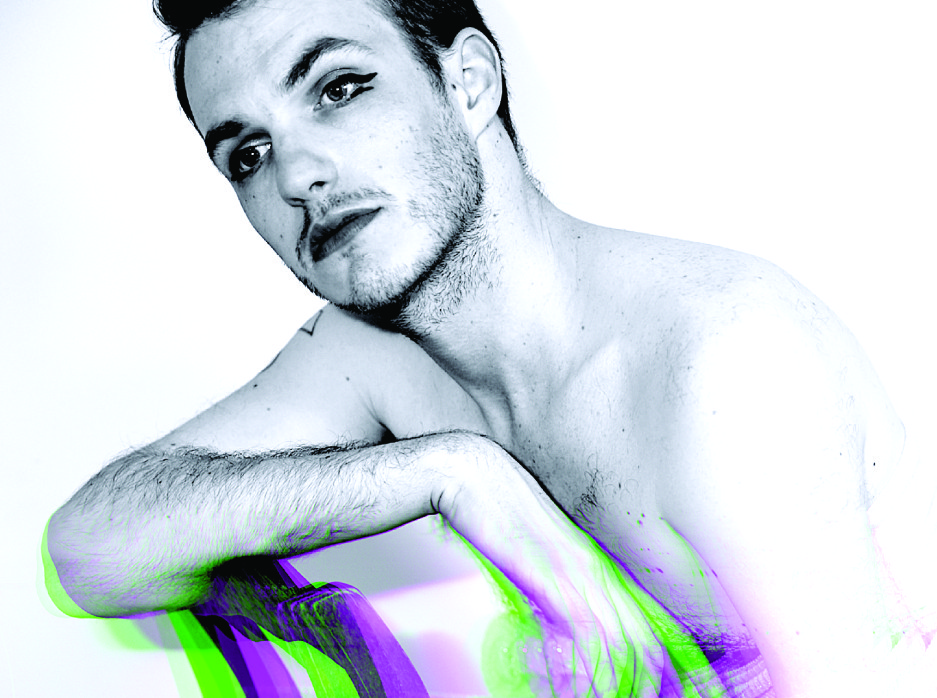 The primary device in BIG CRUNCH’s theatrical arsenal is repetition. It features a compelling concept, but wields it in a  polarizing way; some of the audience tired of watching the same scenes on repeat and walked out during one performance. The solo sci-fi performance—introduced by creator and performer Sam Congdon as alter-ego TOLVA, a traveling space princess—envisions a future in which cyborgs are trained for menial labor and the fulfilment of rigidly defined traditional gender roles. The cyborg protagonist, Bionic Citizen 108 (TOLVA/Sam Congdon), ultimately rebels against this strict gender enforcement in a triumphant finale somewhat marred by its predictability.

The show introduces BC108’s daily routine: ideological training meant to keep BC108 on one side of a gender binary and an obedient civil servant. Before performing menial work, he receives leisure time to watch ads, one of which explains that cyborgs like BC108 are trained to be ideally masculine suitors for human women (or maybe other cyborgs–it’s never quite clear if fully human people exist in the world). The first time around, the cyborg’s workday is eerie and hypnotically engaging, and Congdon wonderfully portrays a being cautiously trying to become free in the face of deadening de-personalization. The ads are full of sardonic wit, a well-placed comedic interlude. But the process repeats three full times with minimal changes. It works powerfully as a thematic device—the audience feels the merciless repetition of routine and indoctrination that BC108 is subjected to day after day, but as soon as he is tasked with sorting tubes of lipstick into boxes it’s easy to see where it’s all headed, and it really takes its time in getting there.