In 1777, British troops occupied Philadelphia, the major city of the nascent United States. That October, General George Washington tried to expel the redcoats and their Hessian support at the Battle of Germantown. Much of the battle centered around a stone house, Cliveden, as American troops launched a series of furious yet futile attacks to seize the British stronghold. Today, the house is preserved as a museum to the battle and the Revolutionary period. This month, Cliveden opens its historic grounds to local theater company SmokeyScout Productions for a two-night engagement of it NICE AND FRESH series of new works. [Cliveden, 6401 Germantown Avenue] April 10-11, 2015; smokeyscout.com. 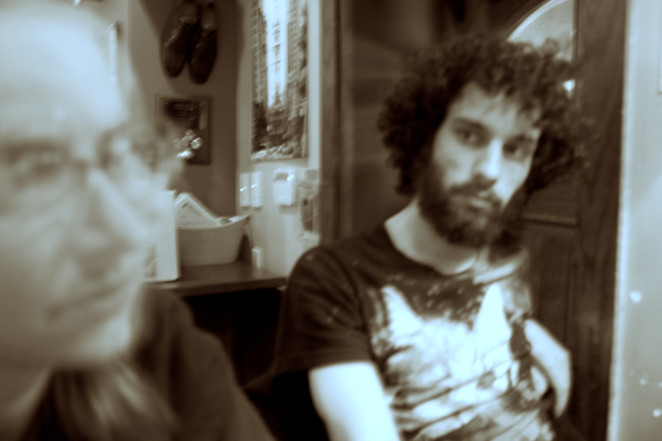 Little Sister Plays Guitar (SmokeyScout Productions) Performed by Julius Ferraro, Anna Flynn-Meketon, Francesca Piccioni; written and directed by Josh McIlvain. In short: A guy goes to check out the concert of his (long-ago) ex-girlfriend’s sister in the hopes of striking up a friendship.

Disappearing Act (The Naked Stark) Choreographed and performed by Katherine Kiefer Stark; music created and performed by Bethany Brooks. In short: Katherine Kiefer Stark falls, winds, and slips through a wall of her own making in her new duet with pianist Bethany Brooks, Disappearing Act, a collision of her passion for the mundane in art and her fear of being consumed by the mundane in life.

Yolanda Wisher and the Quick Fixx (Friday night only!) Yolanda Wisher brings her blues and jazz band to NICE AND FRESH to debut new songs. The soulful songstress is also a poet and educator. Her first book of poetry, Monk Eats an Afro, was published by Hanging Loose Press in May 2014.