Anyone who says that Philadelphia is provincial hasn’t attended the annual Philadelphia Fringe Festival. Here’s the latest sampling of shows, performances, playwrights, and artists from around the world. Phindie writer Henrik Eger gives a hearty WELCOME to all of them. 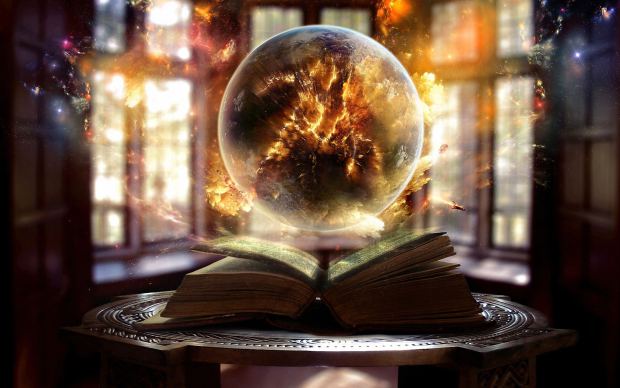 Welgekomen, Anne Teresa De Keersmaeker. Philadelphia, with our many dance companies, is ready to get challenged by your minimalist abstract feminist Rosas danst Rosas. Your work has even inspired Beyoncé in her “Countdown” music video.

Selamat datang, and Yindī t̂xnrạb khuṇ, Skowmon Hastanan, from Thailand now New York, taking us on your interactive and experimental Borneo Odyssey, following in the footsteps of the Borneo Expeditions by the Penn Museum scientists of 1896-1898, even meeting a talking orangutan.

Bienvenu, Michael Durkin and your collaborators and co-conspirators at the Renegade Company, reimaging Victor Hugo’s Hunchback of Notre Dame as a mute play, a wordless drama, a silent film on stage.

Willkommen, Engelbert Humperdinck, the Grimm brothers, and the Children’s Opera Box, performing your Hansel and Gretel—a frightfullydelightful musical journey into the woods for children of all ages.

Kalós órises, Achilles and Briseis in Jon Lipsky’s Living in Exile: Retelling of the Iliad who, with the help of the Philadelphia Experimental Theatre Ensemble,lets us experience the “war-making rage in us all” and “the horror outside and inside our living rooms.”

Kalós órises, Aesop and the Drexel Players, who promise to make us part of the famed Greek fables by taking us into the “dog-eat-dog corporate world” in AE$OP.

Kalós órises, Sophocles and Van Martin Productions with your comedic musical retelling of the incestuous Greek tragedy Oedipus, not shying away from herpes spreading through Athens.

Khosh amadid. Nassim Soleimanpour. You can’t leave Iran because you refused to do military service, but you sent us your work. Your play, White Rabbit, Red Rabbit, is being performed by actors around the world who have never read, let alone rehearsed, it before they take the stage.

Benvenuto, Romeo Castellucci e Socìetas Raffaello Sanzio. Last year, you shocked even some of the most avant-garde theatre goers with On the Concept of the Face, Regarding the Son of God. Now, I can’t wait to see one of Europe’s most hard hitting directors present another thought provoking piece— Rothko’s rebellious act at The Four Seasons Restaurant.

Wayakurua, Jackie Sibblies Drury. Your “dark, funny, and unruly play” about “late 19th century subjugation of the indigenous Herero people by German colonialists” is putting you on the map as a rising playwright. Coming from Germany, I am particularly interested in We Are Proud to Present (a Presentation About the Herero of Namibia, Formerly Known as Southwest Africa, From the German Sudwestafrika, Between the Years 1884-1915), directed by Matt Pfeiffer.

Bine ai venit, Eugène Ionesco and Tina Brock, director of The Idiopathic Ridiculopathy Consortium, whose production of Rhinoceros is so lively and entertaining that the audience will laugh almost non-stop and yet—leave deep in thought.

Bienvenidos, Fernando Arrabal y Emily Schuman, the translator, director, and actor of your Fando y Lis. The play lets us follow Fando and his crippled bride through a post-apocalyptic wasteland, searching for the city of Tar, a place where all wishes come true. The film version of this play led to riots in Acapulco in 1968. Film director Alejandro Jodorowsky said, “The spectators took offense, hated me. They wanted to lynch me. I had to escape sunk in the chest of a motorcar.”

Shalom, playwright Martin Sherman, director Fernando Gonzalez, and the cast of Truth Be Told Productions. Your moving Jewish-Gay play Bent, performed in Philadelphia for the first time in 15 years, is bound to make us remember the many people who perished in the concentration camps during the Holocaust.

Shalom, Shechinah, and the team behind your multidimensional, interactive Kabbalah: The Musical! You are not only teaching us about Jewish esoteric traditions, irrespective of our backgrounds, but you are involving the audience with story, song, chant, and meditation.

Live long and prosper, Gunnar Montana. Your Resurrection Room allows us not only to live through some of your disappointments and nightmares, but to visit futuristic worlds beyond the norm.

Live long and prosper, you many artists of The Institute for Psychogeographic Adventure, covering almost every theatrical art form with your Experiment #39, sending us on a wild tour through Philadelphia’s Old City. Each of your events and happenings are different, impossible to describe, except to say that you asked us to “make an appointment, wear comfortable shoes, and join the adventure on this sneakily guided walking tour.”

A hearty WELCOME to all playwrights, artists, dancers, directors, performers and, above all, the many theatre-goers supporting cutting edge theatre in Philadelphia at the 2014 Fringe Festival.