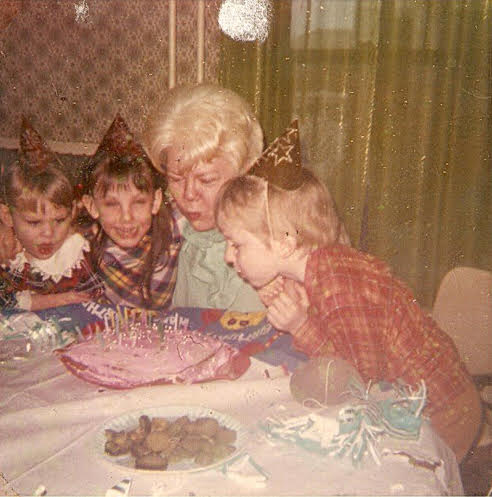 The fifth SoLow Fest features over forty individual shows across Philadelphia. How are you supposed to pick which ones you want to see? They only cost $5 (or whatever you want to fork over—Lo, the magic of Pay What You Can) so you can see more than one so long as you know what’s going on.

In episode three, we have two Michaels and a Joshua. 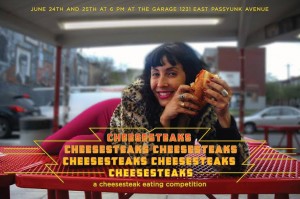 Michael Durkin is a performer, a playmaker, and beef-averse. He’s also the founding artistic director of The Renegade Company and the man who brought us Bathtub Moby Dick in last year’s Fringe. We chatted about his new show, cheesy beef and ‘Merica.

Michael Durkin: Think of the absurdity of the characters of professional wrestling, and “choreography” that goes into the wrestling matches.

JF: Okay. How did you decide how many “Cheesesteaks” would go into the title?

JF: Nice. Was there a specific event that inspired this piece?

MD: Two years ago I was at the Nathan’s Hot Dog eating competition as a spectator and a person, highly intoxicated, vomited on me. In my anger and frustration I came to a conclusion of what our idea of patriotism/being ‘Merican is: overeating, celebrating overeating, and a complete sense of national pride (these colors don’t run).

I also would walk pass Pat’s and Geno’s and find the same people eating (usually by themselves) a cheesesteak.  Now a cheesesteak maybe once a week is a little much, but understandable; however, if the same person is going there multiple times a week, there it becomes more than just nourishment, it is filling a void.  The emotional eating inspired to create a piece that tries to acknowledge why we over eat and try and end it.

MD: A confession, I don’t eat beef. So, taste-wise I don’t know. I personally like Phillip’s Steaks on Oregon ave (they have a really awesome roast pork sandwich). 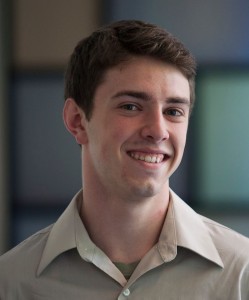 Joshua McLucas is a charming young man. Look at that picture—that’s a face you can trust. He’s also the creator of Earnestness #2, the show in this year’s SoLow which claims: “You will make each other uncomfortable. You will make me uncomfortable.” Sounds great!

JF: What happened to Earnestness #1?

Joshua McLucas: I made both pieces at Swarthmore College for a solo performance class taught by Alex Torra. I thought of Earnestness #1 as “An Exorcism of Shame.” Earnestness #2 felt more alive, more electrifying, and I knew I wanted to share it with as many people as possible.

JF: What are you doing in this show that you would never have done if not for SoLow?

JM: Perform myself. Character is not necessary for engrossing and powerful theatrical experiences. I’m trying to just be me under self-imposed rules, and everything that happens in the performance happens for real. There are real-world consequences, and it’s terrifying and thrilling at once.

JF: What made you decide to create an autobiographical piece?

JM: I wanted to use myself as an example, a channel for the audience to experience visceral reactions and to hopefully inspire real world change. Not politically, but socially, experientially.

The piece is tightly structured but there are elements of chance within that structure. I don’t know exactly what’s going to happen every performance. I’m not afraid of confronting anything in my life on my own. What’s scary is the social element and knowing that the consequences of the performance endure after everyone leaves, and neither I nor the audience know exactly what’s in store. I don’t want to give away the details of the performance, but this has ranged from nothing to dinner plans. 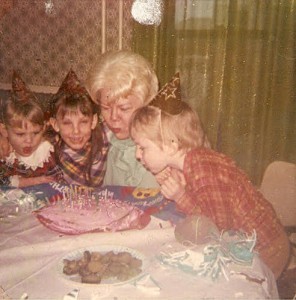 The Five Minute Follies, a variety show that’s been a hit at the Adrienne for the last four years, were the brain child of performer/all around good guy Michael Broussard. His SoLow debut enters into emotional landscapes completely different from his previous work. We talk about serious stuff, emotional trauma, and producing change through giving people their voice:

JF: Michael, you’re the creator/producer/director/emcee of the Five Minute Follies.

Michael Broussard: The Follies grew out of my desire to bring back the kind of entertainment I had loved as a kid. I grew up watching Ed Sullivan, Carol Burnett, the Sonny & Cher Show. Singers, dancers, comics, [. . .] they had a little something for everyone.

I really get a charge out of emceeing these shows too. In the beginning, I was writing down and rehearsing all my emcee material. Now I just go off the cuff, and because of that, it’s more of a conversation with the audience. We feed off each other’s energy and we laugh together.

JF: How did your SoLow show, Ask a Sex Abuse Survivor, come about?

MB: I really think there is a lot of misinformation out there about the nature of sexual abuse and about the challenges faced by survivors. As a child, I was encouraged not to talk about it.

The problem with that is, if the abused child never comes to terms with the abuse, then they never make the transition from victim to survivor. And that’s an important distinction. A survivor is empowered. My hope is that, in telling my story in a frank and open manner, I can show other survivors that it’s safe to open up, that people will listen and care. I also hope to educate friends and family members of survivors, and others, about how they can be supportive and encouraging to survivors.

JF: How do you plan to encourage and mediate interaction?

MB: I feel the interactive portion of this show is so important. If we can create an atmosphere where we can talk openly about the causes and effects of childhood sexual abuse, and about ways to prevent it, we can drive predators out of the shadows and into the light.

We also want to make this show a safe place for survivors, so we will have a clinician on hand in case anyone is triggered by anything they see or hear. They will be able to go to a safe space with the clinician and will receive help in finding their way back to center.