“The thing with people who don’t talk is you always think they have some deep secret, but maybe they just have nothing to say.” 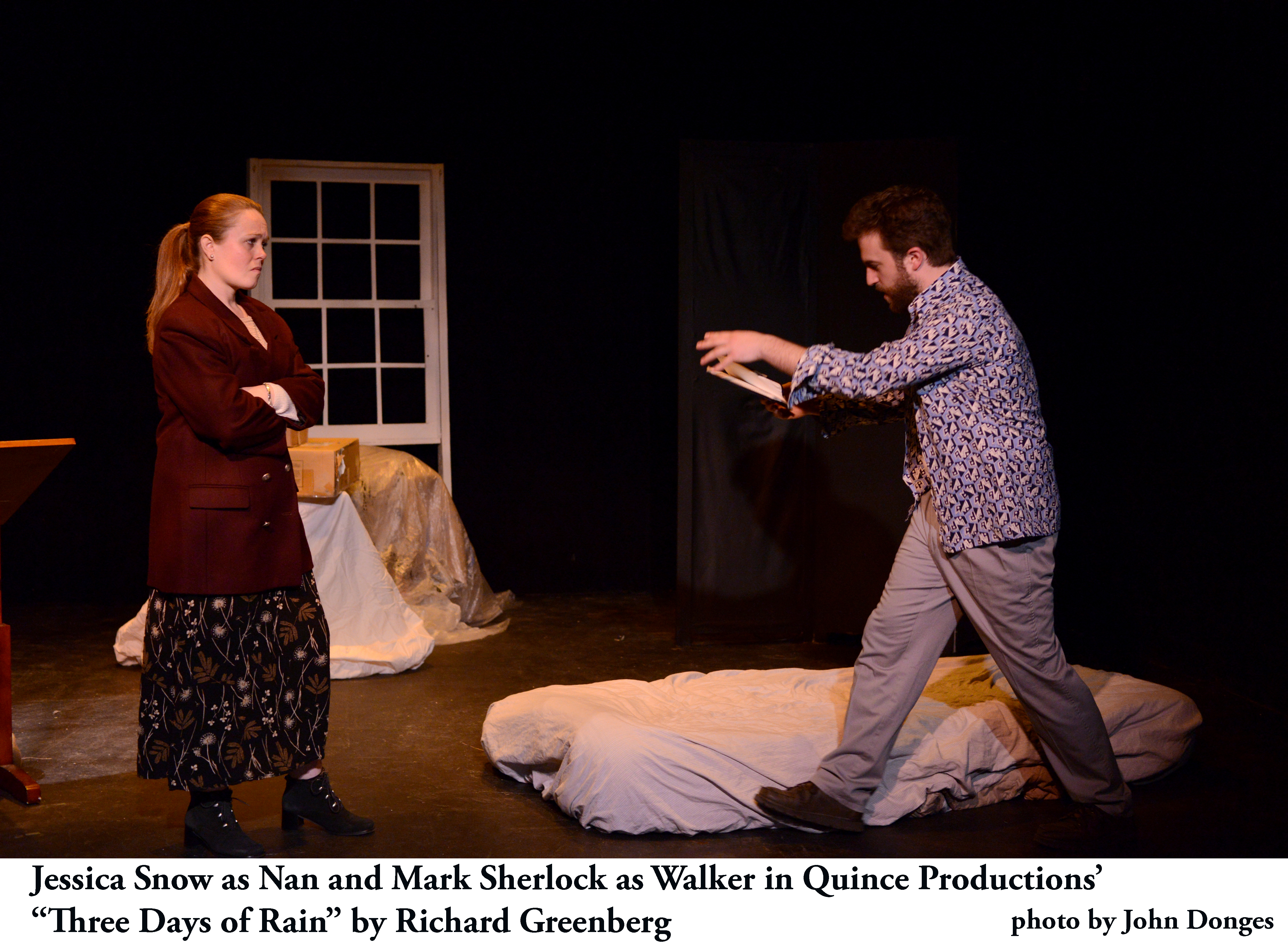 It’s 1995, siblings Walker (Mark Sherlock) and Nan (Jessica Snow) meet at a run-down Manhattan loft after the death of their star-architect father. Peripatetic Walker has just returned from his latest escapist foreign jaunt and is obsessed by a new find: the journal of his taciturn father. Maybe this will will reveal the inner soul of this silentious man? Into this investigation enters Pip (Robert Ian Cutler), the son of their father’s architectural partner, who brings his own revelations and trans-generational guilt.

This is the lyrical first act of Richard Greenberg’s THREE DAYS OF RAIN (Quince Productions), which is basically two plays in one. The second act returns to the same apartment thirty-five years earlier. Sherlock and Snow now play Walker and Nan’s parents; Cutler is Pip’s father Theo. In the first act, Cutler undersells a charismatic TV star and Snow is hesitant with Nan’s “suburban alacrity”. All three succeed in a tighter second act, where the first act’s existential conundrums are extrapolated and its mysteries illuminated. Snow’s engaging southern belle is right out of a Tennessee Williams’s stage. Her interactions with Sherlock’s stuttering Ned sketch the floor plan of their children’s enduring troubles, and Cutler’s raging despair rips around the action like rain on a window pane. Director Rich Rubin tunes into the key theme—in Ned’s words, “Here are our intentions, here is what actually happens, and the only thing spanning them is guilt”—for a contemplative look at how hidden emotion can cross generations. [Walnut Street Theatre Studio 5, 825 Walnut St.] April 9-26, 2014, quinceproductions.com.