Full disclosure: before seeing The Sparks Brothers, I had never heard a single Sparks song. I had only recently become aware that the band even existed, due partly to the fact that they recorded an album with Franz Ferdinand, and that a buddy of mine who went to see Franz Ferdinand came back angry that, as he put it, “these two idiots called Sparks ruined the show.” Since it’s admittedly tough for me to grant a listen to music that hasn’t already earned a spot in my rotation by way of having been released when I was a teen (funny how that works), my buddy’s distaste was enough of an impetus for me to give Sparks no further thought. I existed in a state of blissful unawareness for many years, choosing to listen mostly to true crime podcasts and The White Stripes.

But as these things go, the bell cannot be un-rung, and I started to hear murmurs of Sparks fandom creeping into the periphery of my life. It seemed that everyone else had heard of Sparks, and that for some of my friends and acquaintances, Sparks was among their all-time favorite bands. When did this happen?!? What did I miss? Did my adherence to a single Spotify playlist leave me in the dark?!? Did my nonsensical decision to stop accepting anything new into my life on account of a superiority complex somehow backfire?!? Apparently so.

When Edgar Wright announced that he’d be making the definitive Sparks documentary, I knew, as a huge fan of his work, I’d have to check it out at. Soon after, when it became known that the film would be in excess of two hours, I doubted the temerity of my interest. But I am a completist, and since Hot Fuzz is one of the best movies ever made, I knew it had to be done. So I did it. I watched The Sparks Brothers. 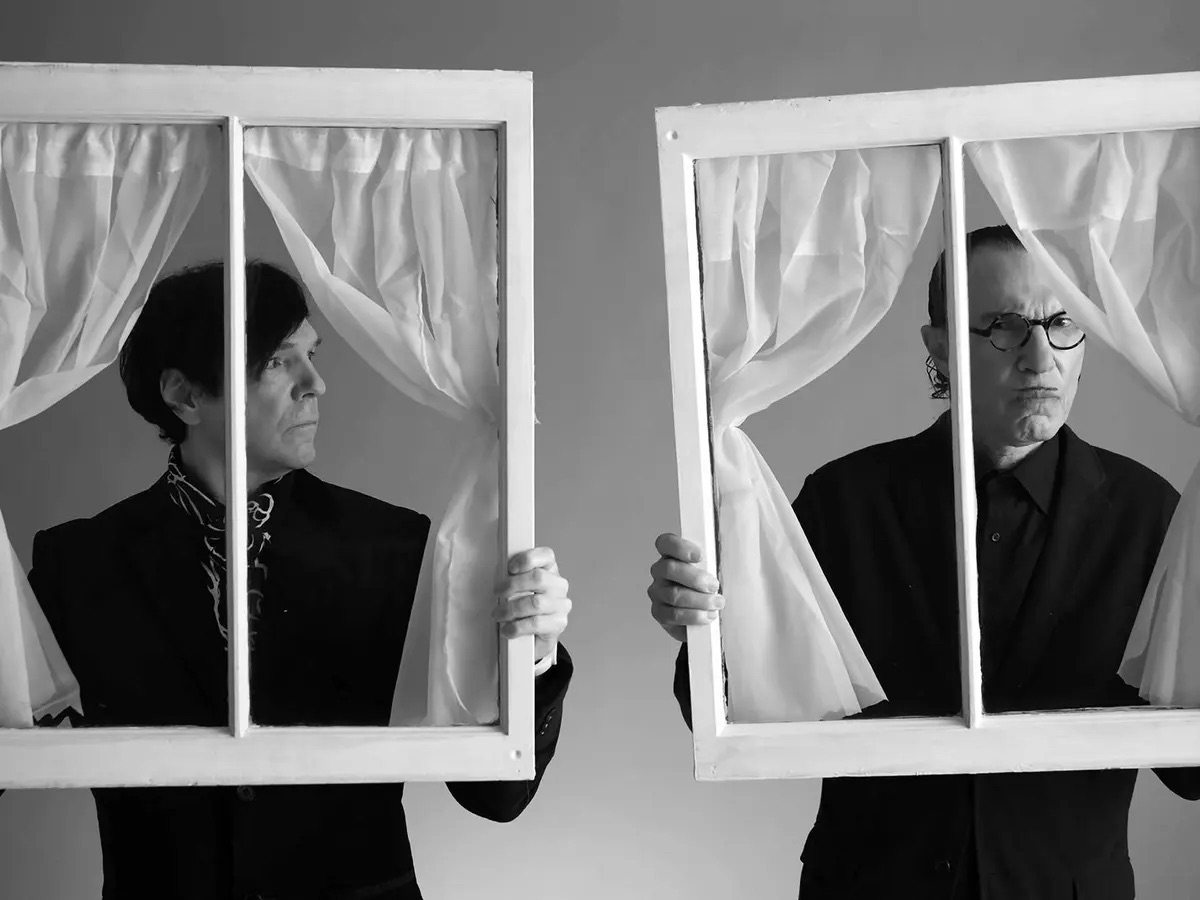 Hailed as “the best British band to ever come out of America,” Sparks has had multiple iterations over their multi-decade musical career, spanning pretty much every genre one could think of. Their touring/recording lineup exists in a state of perpetual flux, but at the center of the group has always been two brothers, Ron and Russell Mael. Ron, sporting a Chaplin mustache and mugging from behind a keyboard, takes care of writing the music and lyrics, while the more classically attractive Russell handles the singing and general frontman duties. They’re an odd pair, but as indicated by this documentary, they are simpatico with one another in ways that few familial music acts can claim (sorry Oasis). Also, they’re pretty closed off about their personal lives.

The Sparks Brothers aims to give a definitive look at their career while simultaneously cracking that door of privacy open just a smidge, and while it’s more successful at the former (their career is INSANE), it’s about as successful at the latter aim as either of the Maels would ever let it be. This is evidenced by their full cooperation with — and inclusion in — the film. The list of talking heads is gigantic, but Ron and Russ are always at the core of it, with their charming and funny dynamic punctuating pretty much every claim made about them and their work.

Edgar Wright proves to be as adept a documentary filmmaker as he is with narrative stuff, and even in a more clinical effort like this one, his fanboy energy and goofy sense of humor shine through all the same. Jason Schwartzman, for example, is labeled on-screen as “Talia Shire’s son,” while two members of Duran Duran are each individually titled “Duran.” Animation, claymation, and a heroic wealth of performance and interview footage from Sparks’s career make up the bulk of the film, and at 2.5 hours it feels like nothing was left out. Some would argue that this is much too long for a documentary (not Ken Burns), and while that may be true for a Sparks fan, the opposite was true for me, a total noob. I could’ve watched another hour of this delightful rock and roll tale, and in the days since doing so, I’ve listened to a TON of Sparks (and there’s still plenty of untouched tracks awaiting my attentive ears).

The story of Sparks is fascinating, and by sheer virtue of how long they’ve been creating music, theirs is also the story of the music industry; of evolving tastes; of fashion; of film. It also acts as a poignant ode to family, and the power of making art for art’s sake, success be damned.

Perhaps the most wonderful thing about the film is how welcoming it is to new fans. Gatekeeping is a tale as old as time, especially in the world of music fandom, where once a band becomes too popular, its biggest proponents will cast them off entirely. In The Sparks Brothers, the opposite is true: every single fan wants nothing more than to have the collective love of Sparks grow. They want more people to know about the band, and they want these new fans to tell their friends and so on and so forth. Most of all, they want the band to have the means to keep making music the way only they seem to know-how. With more albums already in the pipeline, and a film musical DIRECTED BY THE LEGENDARY LEOS CARAX coming out later this year, it seems that for fans old and new, and for Sparks themselves, dreams are coming true.

Added note: Sparks should do an album with Ween. It’s the right thing to do.

Released in Philadelphia and the United States on June 18, 2021.