Not-for-profit theatres contributed nearly $2.8 billion to the U.S. economy and attracted 38 million attendees, according to Theatre Facts 2019, released by Theatre Communications Group (TCG). Based on the annual TCG Fiscal Survey, Theatre Facts is an in-depth report that examines the attendance, performance, and overall financial state of the U.S. professional not-for-profit theater field. The 40th and final edition of the research report, Theatre Facts 2019 represents a valuable look at the state of American theater on the eve of the pandemic. Read at: https://circle.tcg.org/resources/research/theatre-facts. 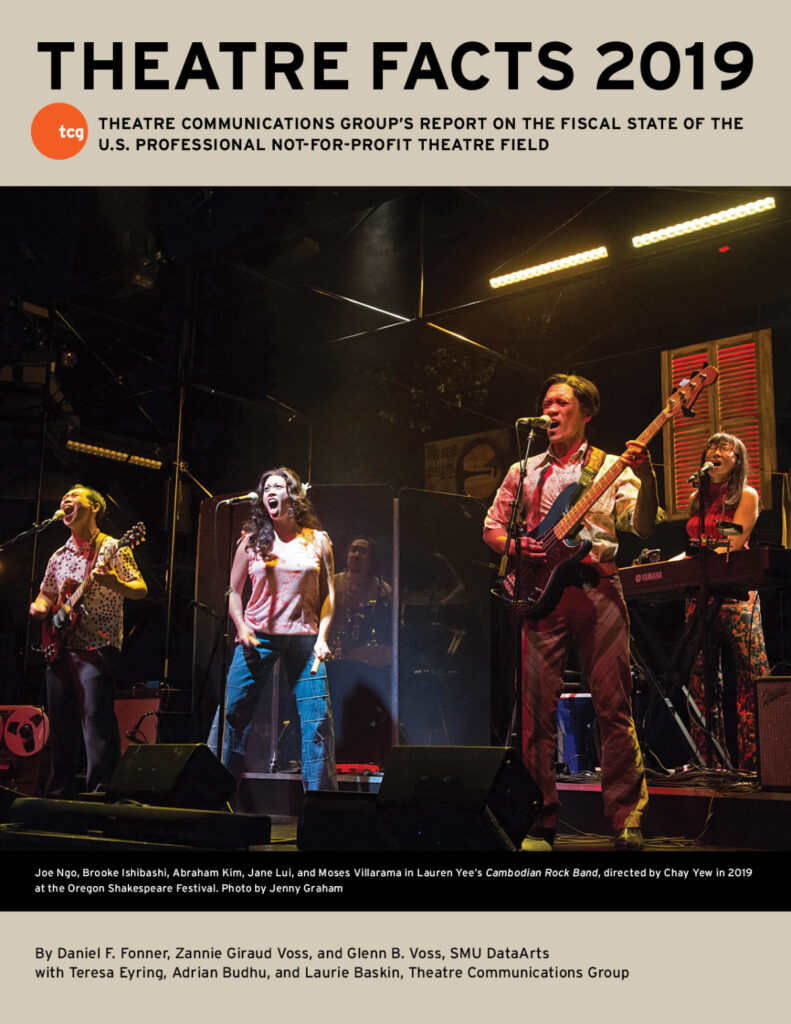 “For over 45 years, TCG has provided in-depth longitudinal research on the state of the field, from attendance numbers to expenses to working capital,” said Teresa Eyring, executive director, TCG. “Theatre Facts 2019 provides a critical perspective on the fiscal state of our theater ecology before COVID-19, and the largest protest for racial justice in our country’s history, transformed our field. As a vital historical record, Theatre Facts 2019 documents the financial successes and challenges theatres faced, helping us collectively imagine new ways of supporting theatres and theatremakers going forward.”

Theatre Facts 2019 reflects data from the fiscal year that theatres completed between October 31, 2018 and September 30, 2019. Key findings include:

For further information on the changes experienced by the field between 2015 and 2019 and on differences in income, attendance, and expenses between theatres of various sizes, see the Trend Theatres and Profiled Theatres sections of the full report at Theatre Facts 2019 is available at: https://circle.tcg.org/resources/research/theatre-facts.