Since Phindie last caught up with Bastion Carboni, he’s wrapped up his “bar arts” series of political drag, AGITATED! and is about to launch RABBIT PUNCH, a new series of short, sharp plays by some of Philly’s most exciting, audacious theater-makers. “You won’t know what hit you,” as they say. ‘

The first RABBIT PUNCH takes place November 14 + 15, 2019, at Franky Bradley’s. It features new work by Francesca Montanile, TS Hawkins, Paige Zubel, and Carboni himself. We talked to Bastion about the new series and his thoughts on Philly theater five years after relocating to the city. 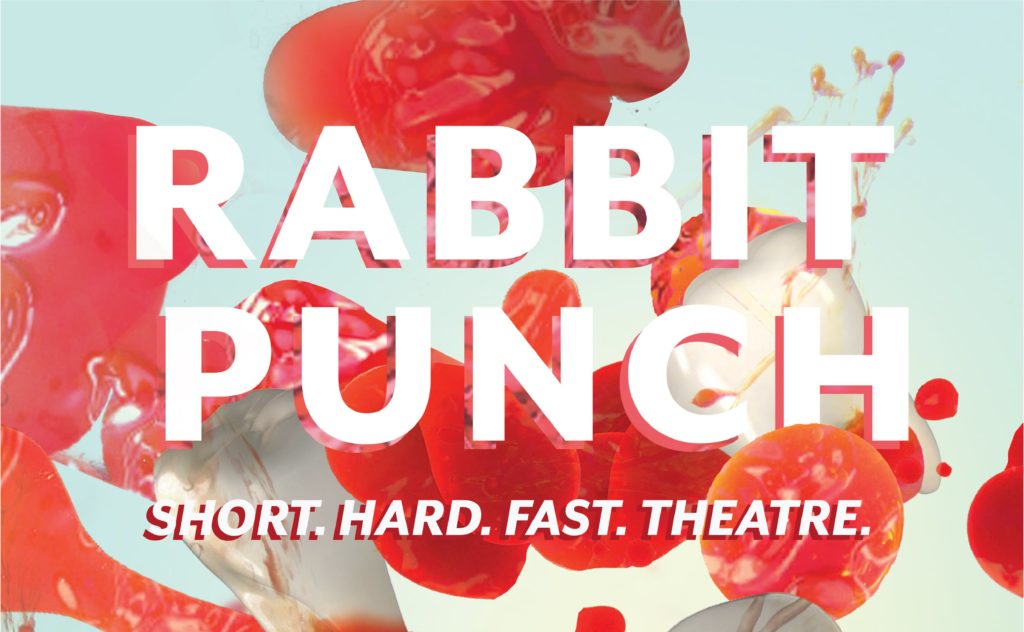 Phindie: What is Rabbit Punch?

Phindie: Why’d you want to do this now?

Bastion Carboni: It seemed like a logical progression from my previous project AGITATED! The experiment is to fund theater in a similar way to how drag and burlesque are funded (i.e., funding self-production of work) and play with breaking the model of grant-dependent theater. I also get super-fidgety if I go longer than a few months without a big project.

Phindie: Was there anything you looked for in writers or plays?

Bastion Carboni: Absolutely. My favorite moment in theater is when the bottom drops out. I talk a lot about the Roadrunner (the play) and Wile E. Coyote (the audience). The audience is racing after the play and we’re dodging and leaping and having fun and just as we’ve almost caught up to the play it takes a sharp right turn and don’t notice we’re off the cliff until we look down. There’s an element of “oh fuck THAT’S what this is” in all of these plays. In a happy incident most of the artists involved in the project are queer womxn and femmes so that’s a big plus too (but not at all surprising as those with most to lose often have the most important and nuanced things to say).

Phindie: Is this the start of a series?

Bastion Carboni: Yes, it’ll be a triennial affair (March/ July-August/ November). Eventually I am hoping to get short musicals involved as well as more work that deceptively wears the trappings of traditional theater  but is super weird at it’s core.

Phindie: You’ve been in Philadelphia a few years now. What are your thoughts on Philly and its performing arts? How have those feelings evolved?

Bastion Carboni: I mean I am certainly more disillusioned than I was when I got here but I suppose that is a natural (or, at least, common) progression. It feels like often mediocrity gets celebrated because people don’t read/ see enough theater to really grow a critical, demanding eye. You see the same people cast constantly because theater is a risky, financially terrifying proposition and casting known, likable quantities is a way to hedge at least one bet. That said it is also a vibrant, alive scene chock-full of potential where there is something for everyone. We have work to do and there is plenty of room to grow.

Phindie: What do you think the city’s missing?

Bastion Carboni: I certainly think it’s been missing a really excellent evening of short work. So there’s that.
I also think it’s missing more work that’s not tethered to an exhausting and constrictive grant process or subscription model. That shit is an art killer. I think literary departments need to experiment with how they’re finding and considering new work. Philly also needs more educated, thoughtful critics able to hold artists to high, reasonable standards. (Yes, we do have some and they are appreciated.)

Phindie: You founded and ran AGITATED for several years. What are your thoughts on it now its over?

Bastion Carboni: Oh it is very precious to me. I am incredibly proud of the body of work HoneyTree Evil Eye and I made and curated. We proved that sad/ angry/ complicated work with heavy theatrical leanings could exist in the drag/ burlesque/ sideshow realms (the bar arts, as we call them) and that people could (and wanted to) think, drink, get boners, and cry at the same time. We were humbled and grateful to know we provided a space for healing and catharsis, education and conversation.

Phindie: Why did you decide to wrap it up?

Bastion Carboni: We stopped doing it because we achieved what we wanted and frankly, it was *so* much work every month, especially considering how awful it is to have to constantly consume and process as much news as we had to post-2016. We were exhausted and done and we felt that it would start to lose its flair and electricity if we continued doing it so we killed it on a high point. But I fucking loved that show and it has given me so much.

Phindie: What’s next for you?

Bastion Carboni: In addition to Rabbit Punch I am super-stoked to finally be writing two new plays. One is called Charismatic Megafauna and it’s about corporate monetization of empathy and feel-good economics. The other one is about a person who becomes an alt-right troll in order to raise money for charity. We’ll see what happens with those.

Phindie: We’ll look out for them, thanks Bastion!