In a movie landscape that seems as though it’s suffocating under action tentpoles featuring little more variety than superheroes, fast cars, and a generic spray of bullets, watching things crashing into other things often feels altogether inescapable. The Aeronauts is here to fix that.

Often playing like an adventure on the high seas in the opposite direction, The Aeronauts follows adventurer Amelia Wren (Felicity Jones) and pioneering meteorologist James Glashier (Eddie Redmayne) into the skies of 19th-century London. Their goal is to ascend in a hot air balloon farther than anyone has gone before, attempting to break records and study what was previously impossible. It’s both intimate and vast, with the camera remaining either in the basket with the two leads or floating at a far distance, reminding us of the fragility and isolation of their mission. 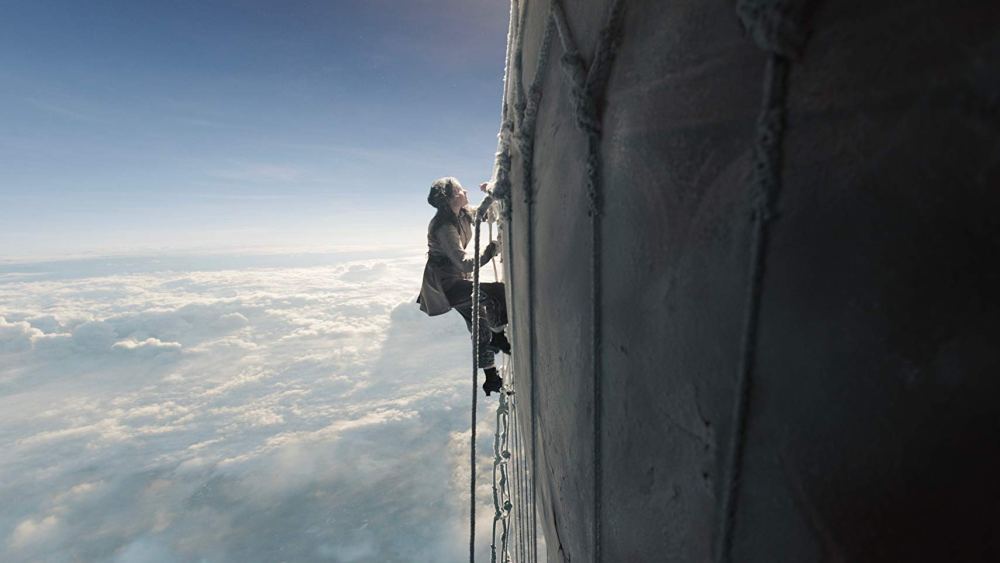 If you’ve forgotten how to enjoy an action movie without an origin story, no one would blame you. But there’s a near tangible sense of a relief to be going through The Aeronauts and realize you’re not bogged down by dense exposition. What backstory exists provides precise motivation and is neatly dispersed through moments of action. The stakes are immediately clear and never let up, and there are frequent reminders of the kind of danger these characters are in. (The amount of time they spend hanging off the side of their tiny basket is infuriating to an acrophobe like me.)

The Aeronauts may begin with the dubious phrase “Inspired by True Events,” but director and co-writer Tom Harper borrowed exactly enough from history to ground the story, and invented exactly enough to make the story historically equitable. This balance makes the film one of the strongest cases yet for a lead woman in an action movie. Amelia’s experience and ambition fuels her command of the ship, as it were, but it happens on terms that respect rather than condescend. In a moment that perhaps stretches the boundaries of its own worldbuilding, the film shows a woman quite literally on top of the world. It proves there’s no need for posturing when you’ve given your leading lady all the room to fly.

The Aeronauts feels at once like an answer to the question of the future of movies, and a movie that is just enjoyable in its own right. Its visual effects are dreamy and impressive. Its action is fun, thrilling, and unpredictable. If you’re worried about the state of action movies in a post-superhero world, just look to The Aeronauts.

Part of the 2019 Philadelphia Film Festival, the film is scheduled for a limited theatrical release in December 2019 before streaming on Amazon Prime.