The warehouse down a ways from Paschall and Grays Avenue, where the 42 Septa bus stops, is close to Bartram’s Garden. The landscape outside of the gotham windows of the warehouse was a view of the skyline and some cars that seemed to be broken into with plastic over the windows. Before NIGHTMARE FUEL (read a review) , performer Sarah Knittel talked to the artist and Phindie editor Christopher Munden. 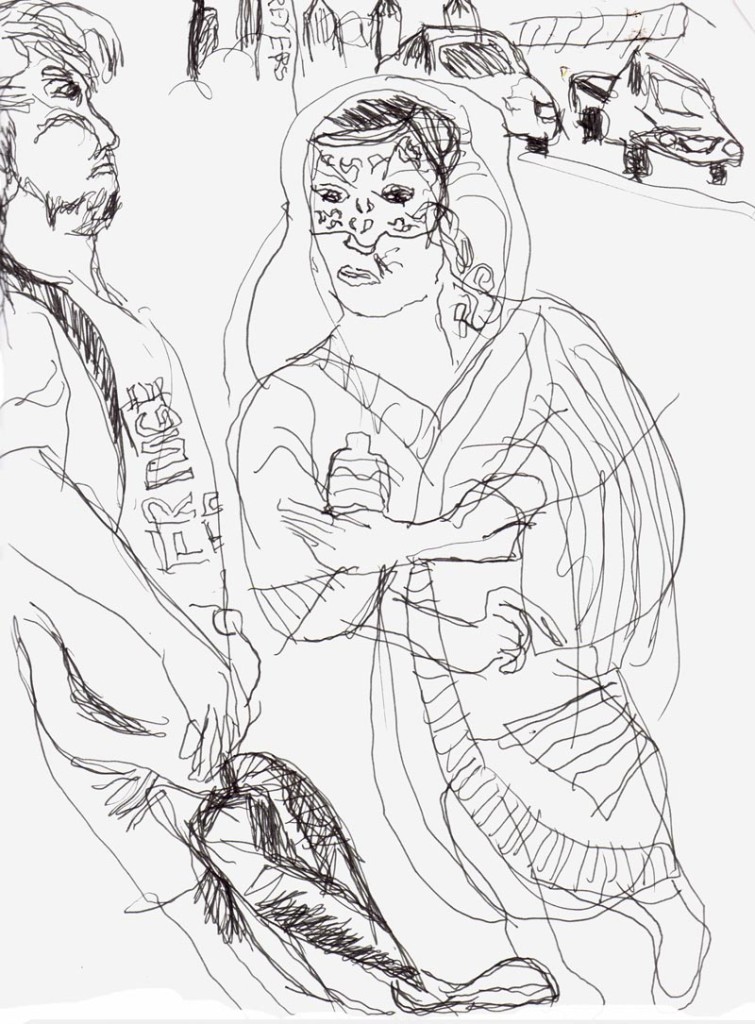 Inside Panorama Philly warehouse are artist studios, and NIGHTMARE FUEL by Sarah Knittel was a wicked show about sexual desires. It is that first feeling of pleasure, and the loss of that first time we have an orgasmic experience. It never seems to be the same, but Knittel shared with us a trick of getting it back. 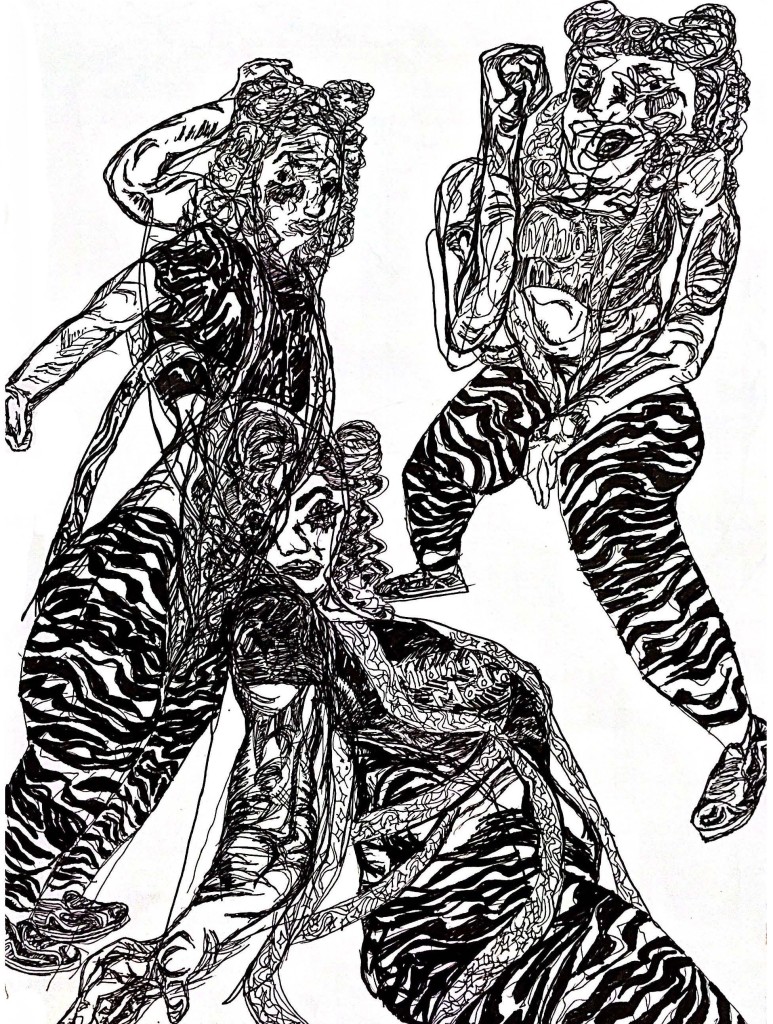 The jester riles the emotions though jokes, and critiques society through their comedy. The faces that appear in this nightmare wear many expressions of silliness, anguish, and seduction. The presence of an ex-lover, and one half of an abusive relationship left us questioning why we have these sexual desires if they can also be painful.

The interaction of the audience became thought provoking, and the act congers up a freudian explanation for our darkest memories. The chance to enter our secret desires, those “nasty squeezes,” into this suit case which played the role of pandora’s box. The fuel for redeeming troubling thoughts about age and something dying inside of us was alarming. Knittel acts as this harlequin, wearing zebra stripes instead of checkers, and played in a unromantic comedy to kick the crux of sexual pleasure. 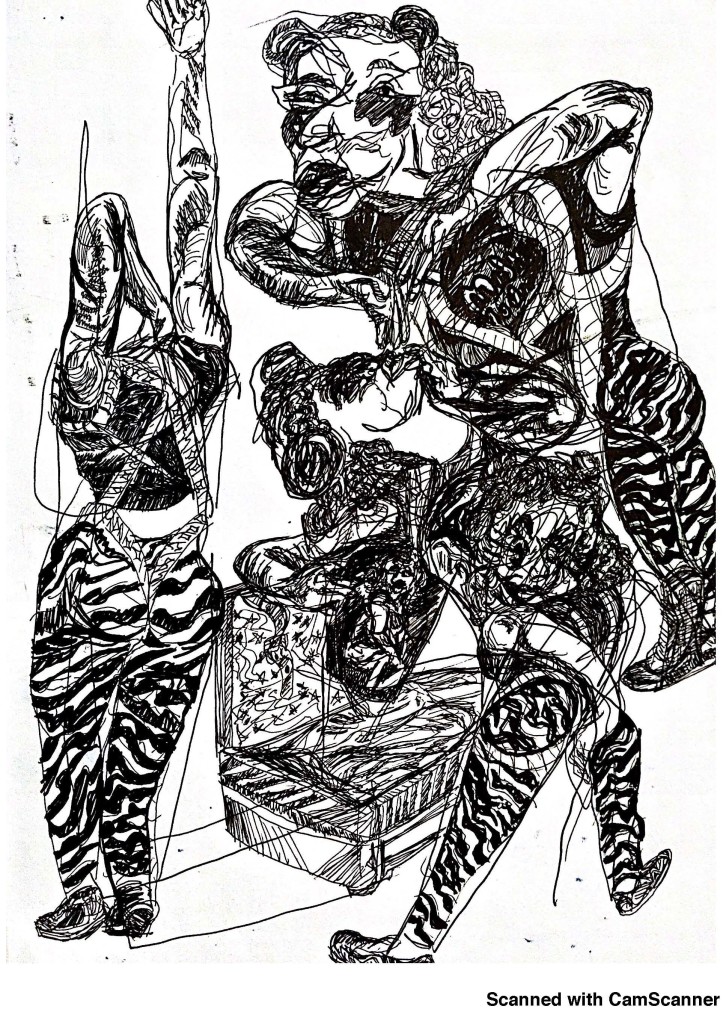