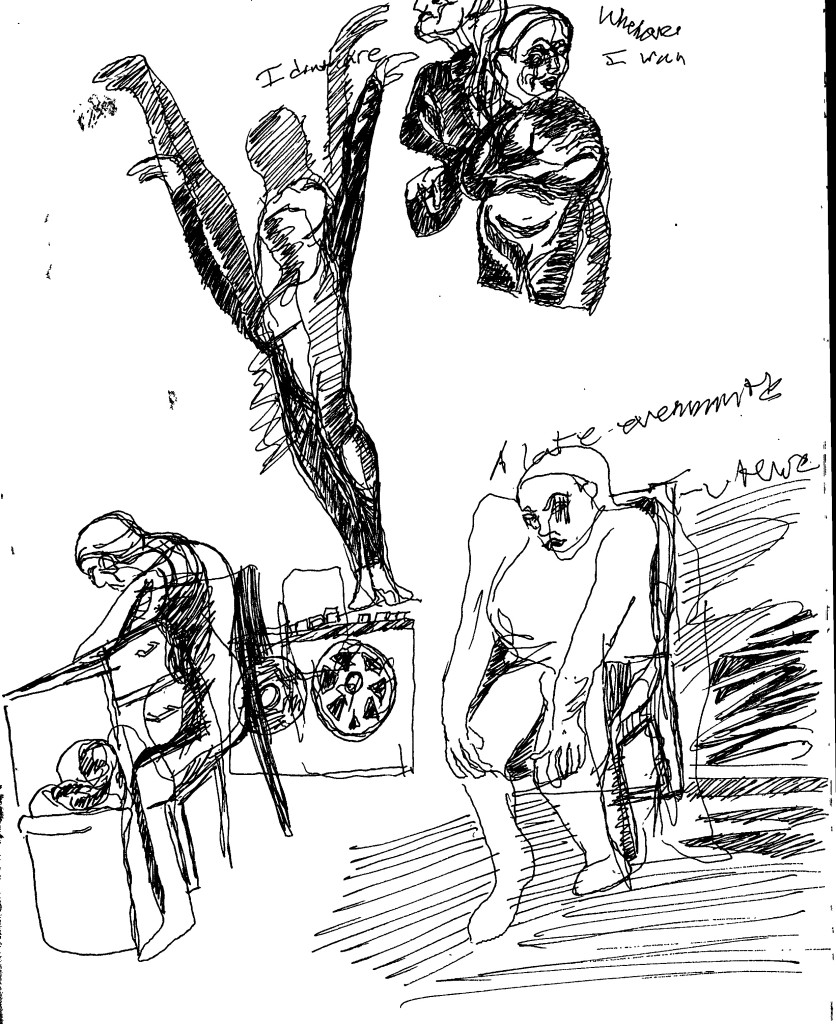 This US premiere of BLACKOUTS: Twilight of Idols brings together an audience on stage to witness the underbelly of The Crossing The Line Festival. 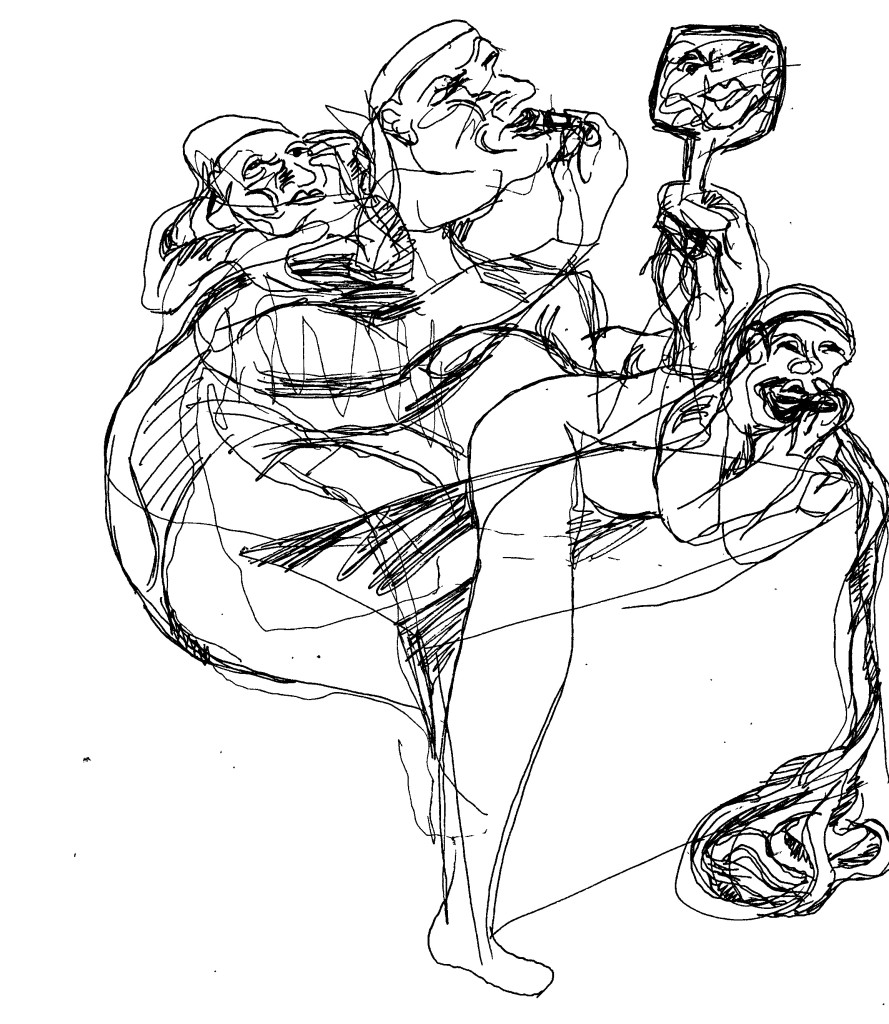 The raspy voice of journalist Richard Maryman begins to tell untold interviews with the star, Marilyn Monroe. The performance started out showing how Monroe wanted to be a performer. We hear Monroe’s actual voice on a recording. She says, you can’t have to be a star, you must want to be a star. The drag artist lip-synchs the recorded voices of the two, Monroe and Maryman, in conversation. Monroe talks to us and Dickie Beau is a medium between comedy and tragedy. The last interview with Marilyn Monroe has a glitch in the recording which repeats, “a different Marilyn.” The voice of Maryman is skipping which describes how Monroe killed herself. 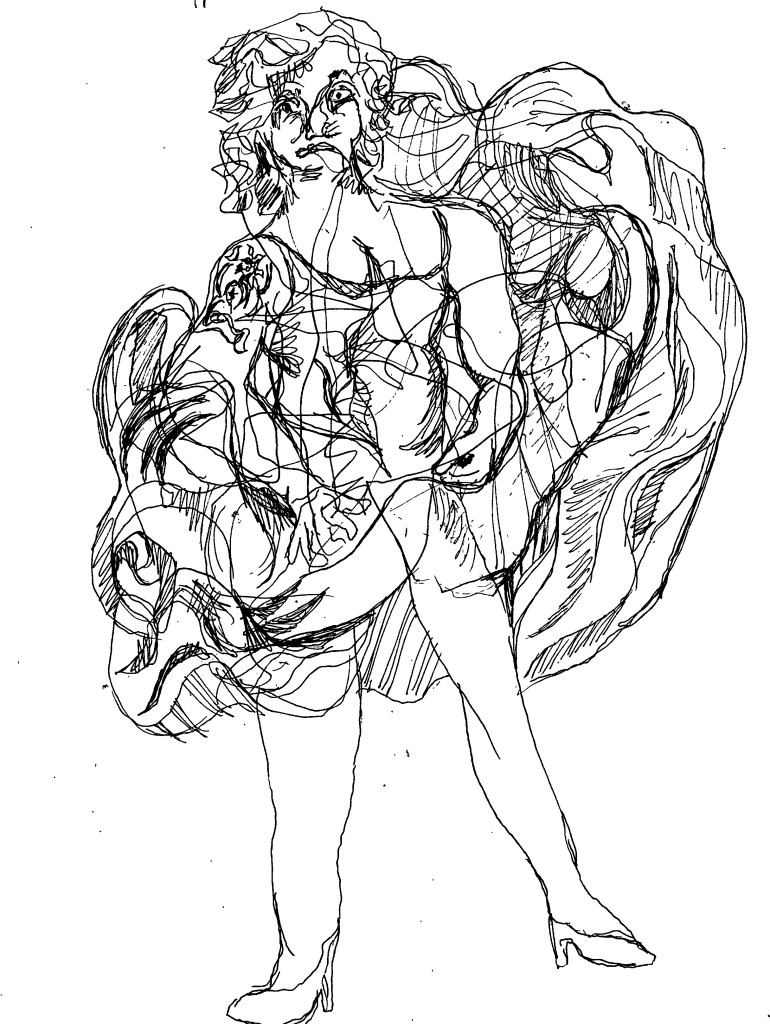 The beauty of Monroe is exemplified by the light hitting a mesh fabric hanging between the audience and the performer. The magic of this drag show occurs when Beau puts on his makeup, clowns around, and plays the recording of Monroe. Beau is wearing white long johns topped with a white stocking cap that hangs down off his head. The faded image of a barely visible Monroe is projecting a nude pin-up of the star. Beau lip-synchs Richard Maryman’s voice, “there was a mattress on the floor, and Marilyn was lying their lifeless, it was a different Marilyn, it was a different Marilyn…” The montage of recordings of Marilyn and the interviewer are intertwined with images of The Wizard of Oz to create a cyclone of drugs and fame. 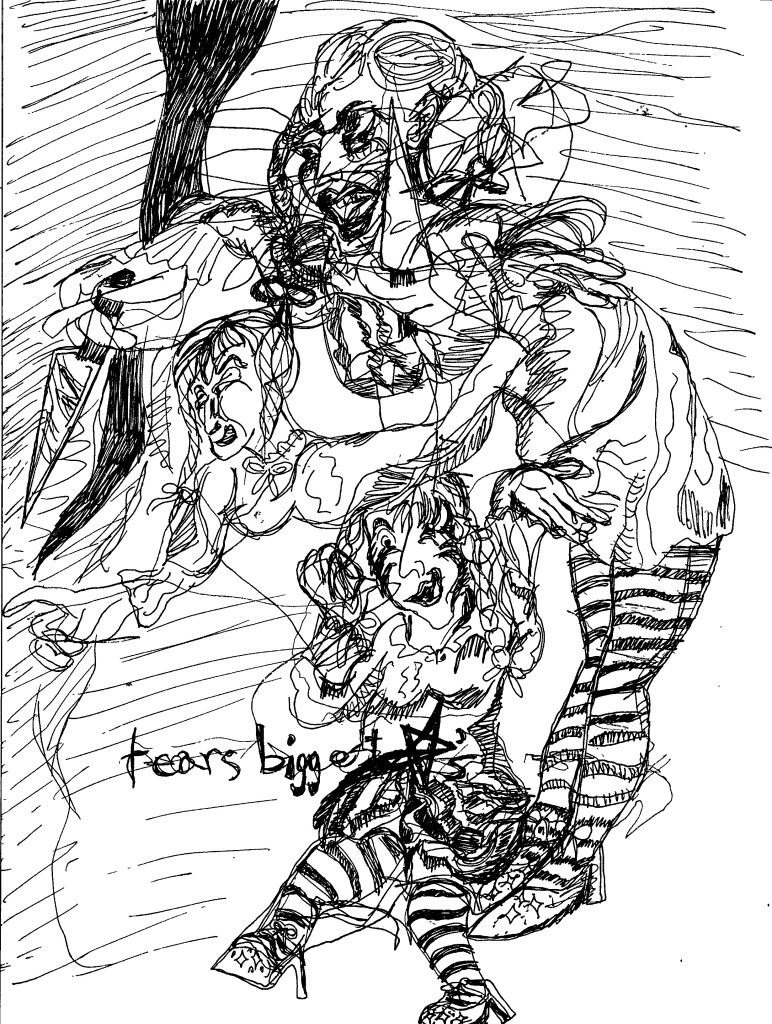 Judy Garland is in all red and she is acting drunk. This is the part Judy speaks into a tape machine that captures the essence of an actress. Garland is fascinating to me to see how she loved her children. She said, “I need them to know I love them, and when I leave they know I will come back.” This personal journaling of a person’s life becomes a sick obsession. Before there was a kind of playfulness. Now the machine and Garland is menacing by her reactions to certain subjects in a crude way. Garland’s voice is echoing from inside her. There is the Judy that most of us think we know and the real Judy. The scene gets real when she rips through the veil with a knife and turns away from the audience. The critics that write about her personal life, or criticize her on stage emphasizes the fact that we are all on stage together. It is followed by a seductive silhouette strip tease, and we finally learn that we are backstage as the backdrop reveals the actual theater hall. 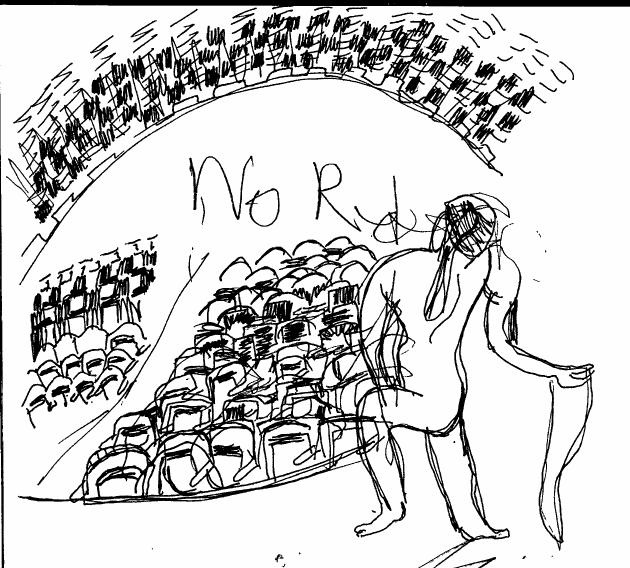 It is my observation that Monroe and Garland were icons for many people. The idea of beauty, perfection, and talent are qualities that come with them. Especially with the gay community these people were idols for being able to express themselves freely. When expectations of fame and popular thought did not meet in the same way there were negative opinions. Monroe’s seduction was the threshold of a great performer, and Garland was pushed to the extreme to perform like a ballerina in a music box.