PERICLES presented by Die Cast at the Rotunda makes me look at a pew in a whole other light. The setting was bare except for a few sheets, and the rest was dereliction at best. The ensemble comes running at the audience, exhales, and appears lifeless. 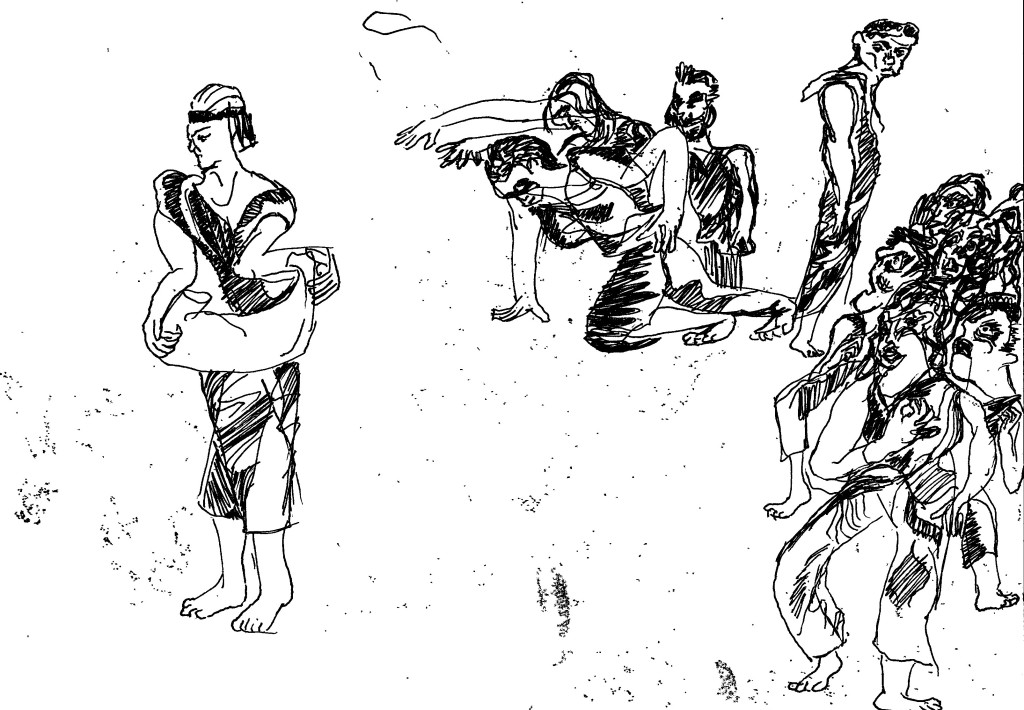 Shakespeare’s PERICLES depicts an abusive life of prostitution, and some kind of altered reality for human beings. Shakespeare’s characters can be lifelike, and sometimes wicked and soulless in a certain sense. It comes in waves, and the jolt of humor is just as unsettling as the cruelty of a master and a slave. 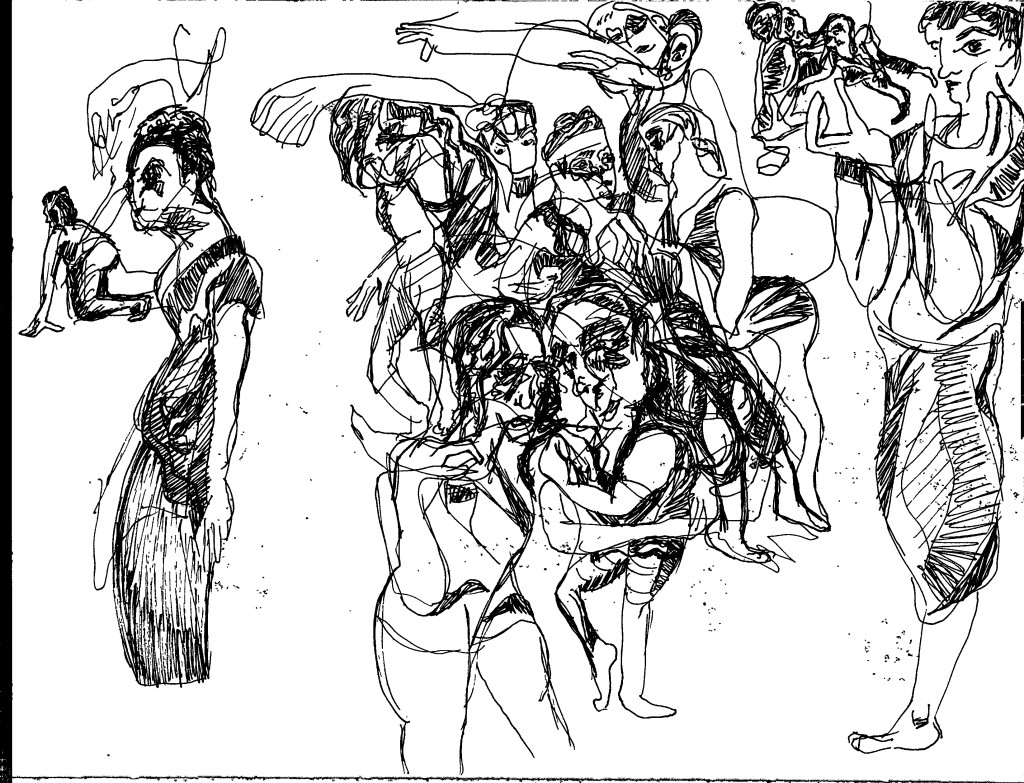 Hannah Van Sciver lays down on the judges’ bench, and the cast lays down a morbid landscape across the Rotunda. Without smoke or mirrors this is a cold portrayal of our world. It shows all of the faces of Pericles juxtaposed with a lot of sex and overlords. In one moment the ensemble breathes in and breathes out to exaggerate being alive. The adrenaline of the ensemble and Pericles reminds us of a world used and abused. The pews and wooden chairs create this ship-like nature, and the epic unfolds in a meaningful setting. The columns become a mast and the sheets are sailing in the wind.

The theme is in and out of sexual torment and seducing pleasures. Kieth Conallen is a bold portrait of Pericles. Chris Anthony is Gower, and adds a jarring perspective on the play from the poet, artist, or outsider. These two actors were beginning to revolve around the central plot when Carlo Campbell’s King Simonides changed the pace. For instance, King Simonides and his daughter Thaisa on the balcony proceed down the aisle, and Pericles is dealt a bad hand. His daughter Marina is thrown into the sea to die. The abuse of power happened to overwhelm me when one of the cast members brought me on stage. 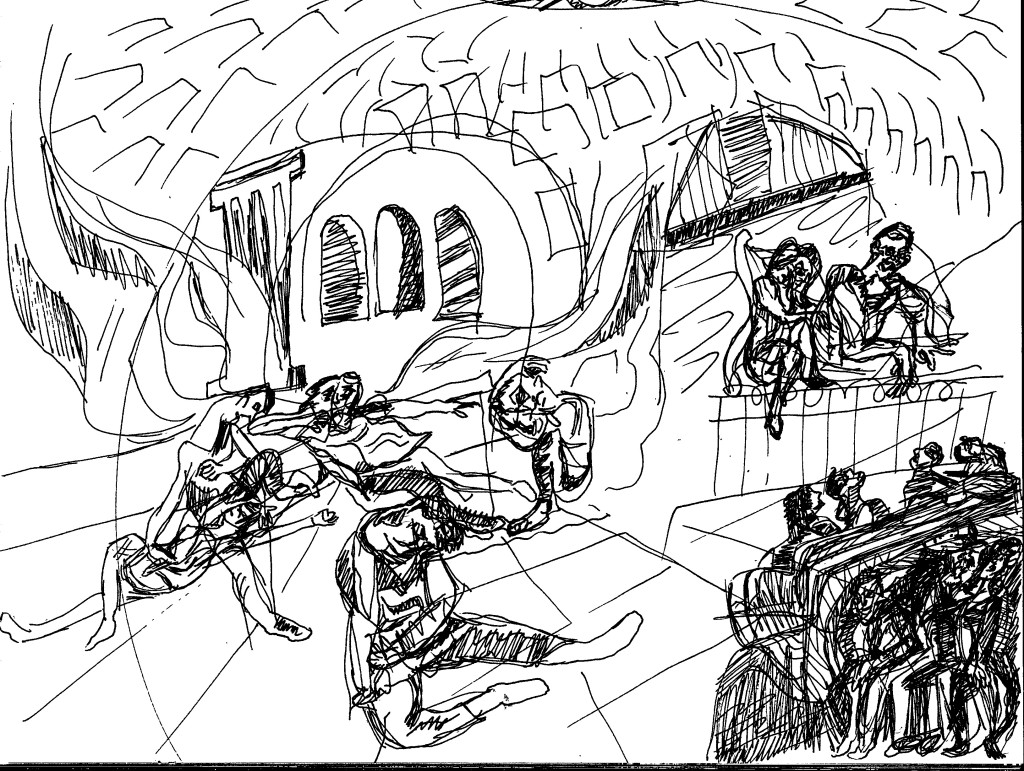