Edinburgh Festival Fringe is uncurated. It has 53,232 performances of 3,398 shows. Of these 686 are free, and many of those are Stand-up, mostly found in pubs. I’ve had time to scout out only a miniscule number of Stand-up acts, and I want to give them a shout-out: 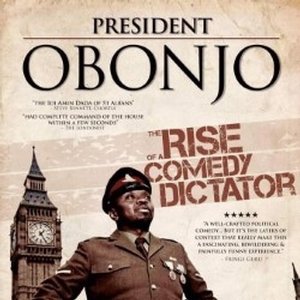 Richard Brown, a smart Stand-up guy says that Trump is like a World Wrestling Federation Hall of Fame event for two men without pants fighting for a belt.

Mo Omar, a funny guy who says that he’ll say really offensive stuff about a nationality and then say he has friends of that race or nationality. (Mo is  black. That’s the joke.)

Lew Fitz has a funny kind of desperation: “I’m not gay. Who knew?” He says he’s from Manchester and went to school in America. Majored in English.”

Josh Trebilcock’s act gets a bit blue. He says he can’t help it, what with his surname.

In another pub ‘President’ Obonjo presents The Rise of a Comedy Dictator: I am the only one who can introduce me. Give it up for myself!” In military uniform and armed (with a toy gun), he says he’ll use it if you don’t laugh. He’s killing us. Almost literally. Actually warm and personable underneath, he’s domineering in his act. As the sole American in the audience, all matters Trump are addressed to me, as his representative, I suppose. (PS, I’m now wearing my Obama T shirt around Edinburgh.)

One Reply to “FREE FRINGE: A round up of stand up at the 2017 Edinburgh Fringe”