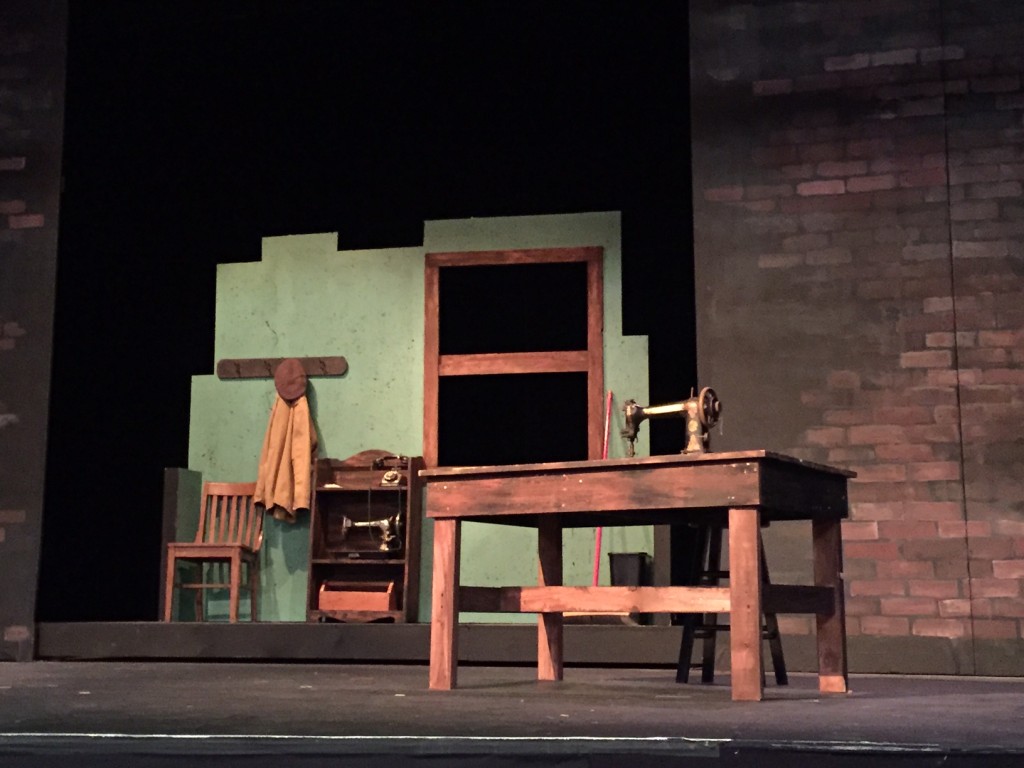 In the program of ENTER LAUGHING at the Players Club of Swarthmore, director Paul Kerrigan requests that guests leave their “cynicism in the lobby and pick it up later”. In fitting with these instructions, Kerrigan transports theatergoers into a world that, despite presenting adversity and suffering, introduces characters who are willing to overcome their fears to achieve their dreams.

Set during the Great Depression, a time when reality destroyed all sense of wonder, Joseph Stein’s two-act comedy is the semi-autobiographical retelling of actor Carl Reiner in the preliminary stages of his career. David Kolowitz (the energetic Mike Sokolowski), will do anything to become an actor come true, even though most of the other characters discourage this unstable choice as a career.

Mr. Marlow (animated Joe Tranchitella), the conniving theater owner with a gentleman’s demeanor, brings his newest acting student to the edge of the stage, proclaiming with a tint of fainting hope in his voice, “The main thing about acting is to have flair.”

However, the aspiring actor’s lack of flair when it comes to anything related to theater keeps audiences laughing. Sokolowski surprises audiences with his over-acting abilities, providing various tones of laughter that would have even made Molière laugh. One woman in the theater released a loud snort between gasps. Others, during set changes, discussed how they, too, once read a stage direction out loud.

It becomes clear that the unfortunate Kolowitz lacks the flair expected of a good actor, leading to several comedic blunders that pull each individual on stage into his vortex of failures, leaving audiences gasping for air as they witness the cast spiraling out of control.

At work, Kolowitz encounters his best friend Marvin (the unpredictable DJ Gleason) who always seems to be in the wrong place at the wrong time. His hard-working boss, Mr. Foreman (the remarkable Paul Kerrigan), blames every mishap on the indirect influences of America.

The comedic conversations of Mr. and Mrs. Kolowitz (the steadfast Michael Yurcaba and the spirited Leslie Norton) enabled me to support Kolowitz’s ambitions. His absence led to Mrs. Kolowitz’s discovery of something new to nag about. If her illogical assumptions about her son’s location didn’t force a laugh to escape, her husband’s facial expressions and lackluster excuses surely did.

Through the lies, mistakes, and humorous humiliations, each cast member is given the opportunity to add their own, unique, flair to these roles, leaving audiences waiting for the next comedic turn of events. ENTER LAUGHING is the ideal production to cheer up audiences on a blistery cold night.

One Reply to “ENTER LAUGHING (Players Club of Swarthmore): Harvesting the humor in humiliation”