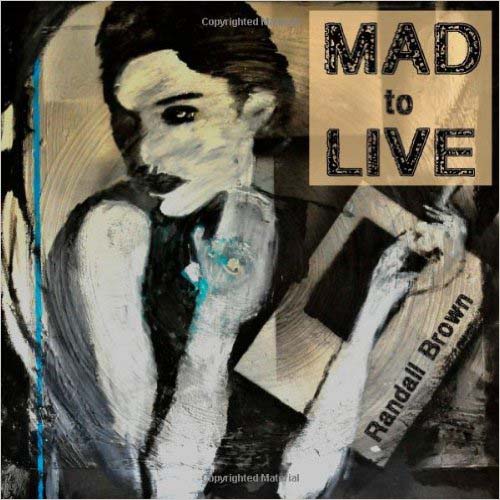 In the era of Facebook and Twitter, flash fiction has established itself as a literary genre whose popularity only grows as our attention span shrinks.  There is something satisfying in reading a short story faster than you can update your social status: a single turning of the page, one paragraph, even a sentence.

Few writers of literary fiction today can afford Tolstoy’s voluminous word counts.  But fewer still can tell a compelling story in under 500 words, let alone dedicate their careers to the art of flash fiction.

For Philadelphia this writer is Randall Brown.  Brown is the city’s grand master of micro stories. He teaches flash fiction at Rosemond College’s MFA program and runs The Journal of Compressed Creative Arts, an online boutique dedicated to extremely short fiction.   He is obsessed with concision, density, weight – with word counts so miniscule every word must count.

I discovered Randall Brown by accident.  I searched for a guidebook to flash fiction on Amazon and Brown’s A Pocket Guide To Flash Fiction was it.  I read the first chapter and bought the book.  A few weeks later I spotted his 2011 book Mad to Live: a Collection of (Very) Short Fiction on sale at PHILALALIA — Philly’s annual indie press extravaganza — and found a writer who takes the smallest of prose to big places.

Brown calls flash fiction a “machine of compression”, a form that “demands that you fill the nothing of space with something uncontainable.”   The uncontainable for him are the themes at the heart of his work: precariousness of human bonds, the sense of fragility and uncertainty coiled in the everyday life of American suburbs.

You can read the 22 stories in Brown’s Mad to Live in an hour – most of them are a less than two pages – but like me you’ll probably slow down, forestall getting to the end and reread each story a few times.

To get at brevity, Brown plays Jenga with conventional narrative structures, removing the superfluous until no other word can come out or undergo revision.  Take out a verb and the textual edifice crumbles.  The stories are a tight rope walk between wordiness and incomprehension, and it’s exhilarating to see Brown find the perfect balance.

Most of the collection’s micro-fictions cover a spoonful of time, a decisive moment when life is unsheathed, when facades are peeled off to reveal our deepest longings, when characters stand on the brink of instability, dissolution, and loss, besieged by the ambivalences of self-knowledge.

In “Little Magpie” a pregnant woman craves insects.  To prevent a miscarriage her husband rushes to buy her crickets at Petco.  In “Soccer Dad”, an athletic father watches his uncoordinated son fumble on the field while struggling with his own conflicting feelings of love, contempt and guilt.   In “Sister” a woman makes her adult brother put his hand on her chest after a mastectomy so he can come to terms with her cancer.

Many of Brown’s miniatures explore the relationships between fathers and sons who toss a ball in the backyard, go on joyrides to NYC and arrive at the limits of their affection and forgiveness.

In “Facing Extinction” a little boy wakes his father and announces that a meteor has killed all the dinosaurs, including their eggs and babies.

The red tail of the meteor burns in Isaacs’s eyes, forever falling covering the world in dust.

The father and the boy talk, and as the child calms down he reaches for his father’s hand, “wanting something else, some certainty, some answer that has nothing to do with these eggs he can’t eat.  And I know what my son wants, what I wish I could give him: Heaven.”

Without an “afterlife”, with only scientific explanations to lend reality meaning, what is left, says the narrator, is “a world full of meteors that could crash down at any moment, without purpose…”  The boy falls asleep in his arms, while the father, now fully awake, looks at his child and contemplates “how, beyond any imaginings, the world will break his heart.”

The stories in Mad to Live tackle big themes in tiny spaces, spaces too narrow for characters to undergo epiphanies and transformations mandated by the conventions of the American workshop story. Brown’s tightly wrought worlds suture the gap between language and reality so closely that we fall into them, suddenly and completely. His whittled down prose leaves us an uncontainable essentiality distilled within each story that continues its existence long after we finish reading.