Inspired by the 1951 Academy Award winning film, AN AMERICAN IN PARIS tells the story of an American soldier, a mysterious French girl and an indomitable European city, each yearning for a new beginning in the aftermath of war. Incorporating songs from George and Ira Gershwin with a book by Craig Lucas, the contemporary musical was a bit hit of the 2015 Tony Awards.

Now getting its Philadelphia premiere as part of a national tour, the musical comes the Academy of Music November 22-27, 2016. The touring cast includes Philly local Colby Q. Lindeman, a proud graduate of Philadelphia High School for Creative and Performing Arts (CAPA). He shared his thoughts on returning to the city as part of this production. [Academy of Music, 240 S. Broad Street] November 22-27, 2016; kimmelcenter.org. 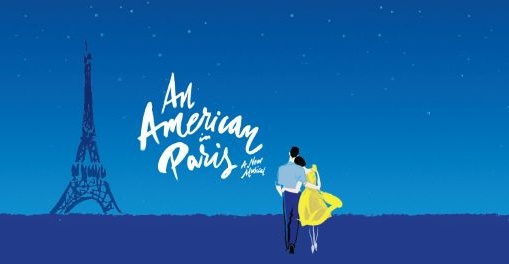 Phindie: What are your fondest memories of Philadelphia?

Colby Q. Lindeman: One of my fondest memories of Philadelphia is performing at the Thanksgiving Day parade with my high school, CAPA. We’d get up way too early, look like marshmallows wearing ten layers, and dance on the Art Museum steps. It’s such an iconic Philly moment and a fun memory from my youth.

Phindie: What excites you about performing here?

Colby: I’m excited to perform in my hometown mostly so that my family and friends have the chance to see what I’ve been working on recently. It’s not every day you get to perform in a stunning production and share it with the people you love most. And side note: I can’t wait to be back at the Academy, where I had my high school graduation ceremony!

Phindie: Are you familiar with the Philadelphia theater scene at all? What is your perception of it as a connected outsider?

Colby: My knowledge of the theatre scene in Philadelphia most recently comes from working there several years ago. I was at the Walnut Street Theatre during a production on Fiddler on the Roof. The scene always felt very loyal and creative to me. There seemed to be lots of opportunities for new works and lots of local talent to be seen, all being supported by the community.

Phindie: What attracted you to AN AMERICAN IN PARIS?

Colby: Honestly, Gene Kelly. His name is the first thing most people think of when they hear “An American in Paris.” As a dancer in musicals, Gene is one of the finest people to admire. His classy movement and engaging musicality is well represented in this production. It feels like a dream to do something so Gene Kelly-esque.

Phindie: Tell me a little about your role?

Colby: My role in the show is as a swing. I am one of the people who covers all 9 ensemble men in the show. It’s our job to know their choreography, staging, lines, music, costume changes, etc. so that the show can go on without a hitch. It can be quite a challenging position, mentally and psychically. (You’ll see me with a thick notebook of information at almost all times.)

Phindie: What have you enjoyed most about working on the show?

Colby: There is something terrific about theater and the camaraderie of it all. It’s about teamwork. And this team is above and beyond. I love working with inspiring talent and friendly happy people. It makes everything better.

Phindie: Who do you think would like this production?

Colby: This production has classic and contemporary styles along with tap and big jazzy musical numbers, so it’s a perfect fit for any dancer. However, this story of hope and love is appealing to everyone. It’s top to bottom Gershwin tunes that linger sweetly after it ends. It’s a stunning production for all the senses that transports you to the heart of Paris

Phindie: What’s the one thing you’ll definitely do while you’re back in town?

Colby: I can never come back to Philly without having a soft pretzel! It’s definitely a staple. And it’ll be fun to share the true Philly cheesesteak with my cast-mates.