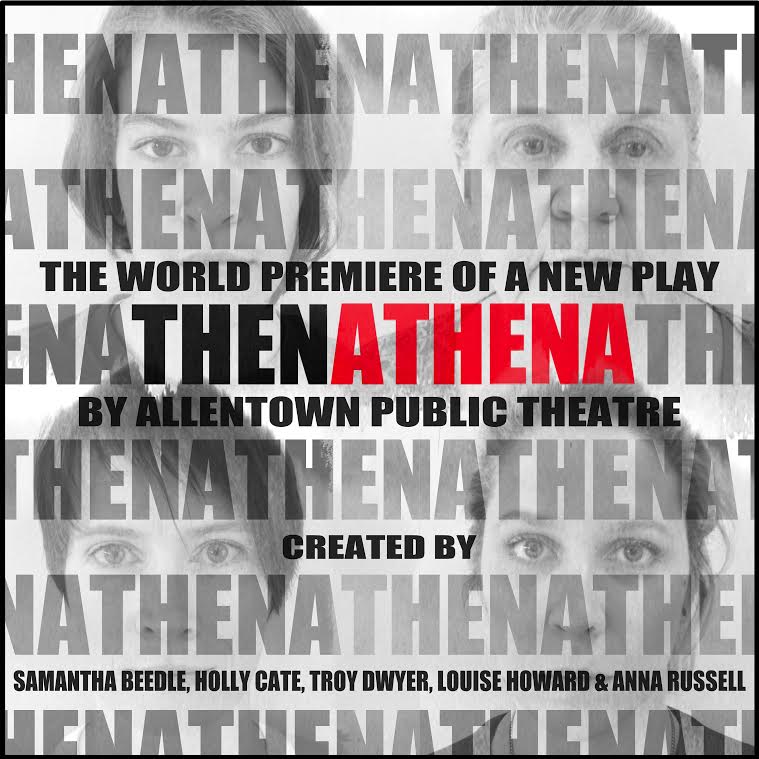 Since 2008, Allentown Public Theatre (APT) has worked to produce relevant and inclusive theater while engaging with the local, Allentown community. It’s Philly Fringe entry, THEN ATHENA, directed by Troy Dwyer, is a devised piece that addresses the roles of women in combat, with both earnestness and humor; the play is comprised of a number of separate vignettes.

The narrative is tied together with an overarching plot, driven by The Baroness Paula Von Gunther – a long-forgotten super-villainess who was the arch-nemesis of Wonder Woman; each of THEN ATHENA’s four devisor/performers take on the role at various points, signified by a red scarf. Characters include US soldiers in Afghanistan (all cast members), their highest-ranking officer (Louise Howard), Revolutionary War infantrywoman Deborah Sampson Gannett (Anna Russell), a mother with PTSD (Holly Cate), and a woman battered by her sister’s husband (Samantha Beedle). THEN ATHENA is brave and brazen, campy and critical.