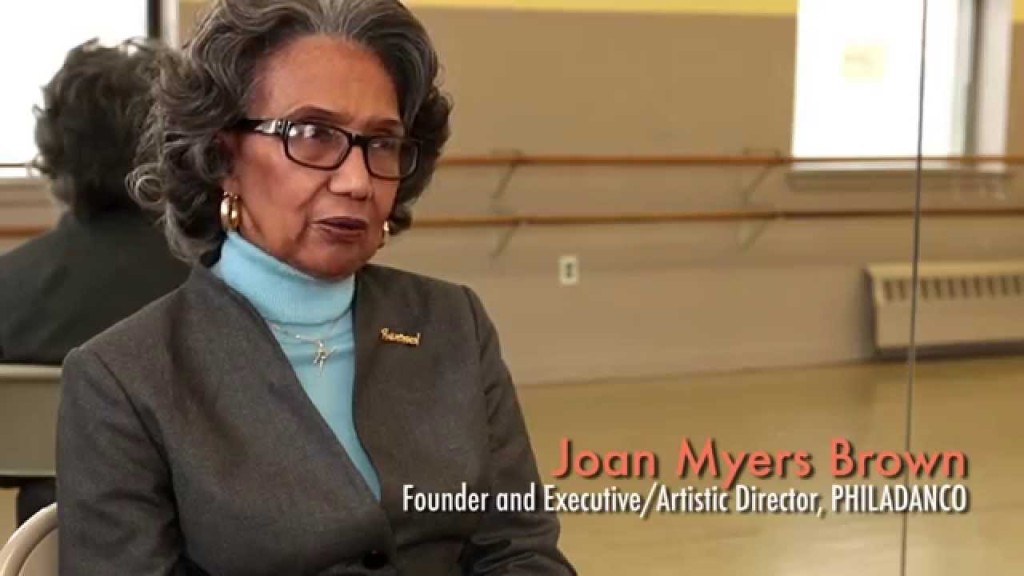 JMB was born on December 25th and admitted, “I never really had a birthday, being a Christmas baby and all.” In her Preston Street building that houses both Philadanco’s performing company and school, JMB candidly talked about the holidays and the company’s collaboration with choreographer Danny Ezralow as they set to premiere the full length version of X-mas Philes – named with a crafty nod to the city of Philadelphia.

JMB described the 80-minute show set to premiere on Friday December 11th at the Kimmel Center saying, “It is a celebration of life.” Last performed in 2011, she revealed that the shorter version was presented alongside other dance pieces, allowing for a full evening of dance for the audience. With many contemporary versions of the traditional Nutcracker being circulated (Donald Byrd’s Harlem Nutcracker and Mark Morris’ Hard Nut), she asserts that X-mas Philes will offer an alternative that crosses religion, race, and generation. Additionally, she adamantly proclaimed, “diverse representation for children of color, is another reason X-mas Philes is relevant.”

She invited me upstairs to watch a rehearsal in progress before introducing me to choreographer Danny Ezralow, popularly known for staging the Opening Ceremonies of the 2014 Winter Olympics in Sochi and choreographing Broadway’s Spider Man. As Ezralow’s directed the dancers with clarity, he offered images, references, and back-stories to add to his athletic and theatrical movement styles.

A story filled with metaphors and symbolism, Ezralow’s narrative revolved around a homeless man who opened the door to his mind, willing us to question perspectives, truths, and our own humanity.

Before leaving, I watched the dancers rehearse the dance “Santa Baby”. They had feathers – red, black, pink, and white feathers .

“Tremble, slowly breathing. Soft…break out, then you’re there.
Easy, smooth, float, float, float.
Up together, down together……wait….go.
Wave.
Skitter right away,
Settle down. Push, push…roll into the line, real tight.
All the way down to Rosita.
Tighter, settle in…tight.
Go…go…go…high in back, down in front.”

Part shtick, part Hollywood, and part wonderful music, Ezralow reassured me that there is something in X-mas Philes for everyone. Using various versions of holiday classics like “Rudolph”, “White Christmas”, and “Jingle Bells”, he affirmed X-mas Philes would provide an engaging score that will trigger memories for the older audience while allowing the younger viewers to create their own.

Back downstairs I asked JMB her thoughts on what she thinks people will love about X-mas Philes, she unequivocally remarked, “the show is not only fun and cool, it is dope!”