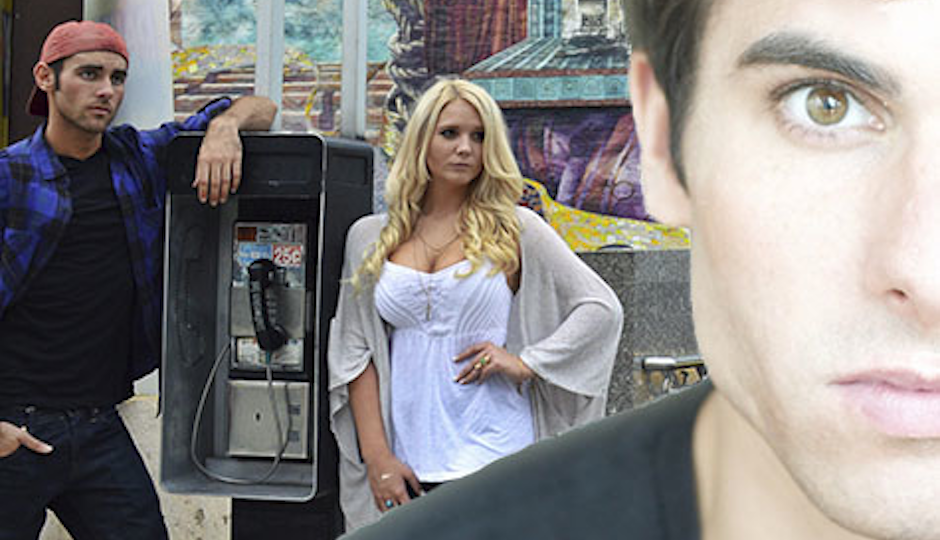 Jukebox musicals are a risky venture, from the challenge of constructing a logical narrative to the prejudice and judgment the work can face by those who haven’t even seen it. THE POP MUSICAL DIARY OF A GAY MAN bravely faces these challenges. Writer-director Christopher McGinnis and musical director Robert Stoop blend together Billboard Top 40 hits of the 21st century, as well as some pop classics, to create this earnest tale of coming out and first love. Adam (Adam Hoyak) has finally begun to embrace his true self after years of fronting heterosexuality. An awkward romantic encounter at a party with the closeted Greg (Frankie Rowles) leads to his first same-sex relationship. Unfortunately his new beau has no intention of breaking up with his long-time girlfriend, Jess (Brianna Roth). His personal life becomes even more complex as he comes out to his family and ex-girlfriend Lauren (Martha Marie Wasser), who still pines for Adam.

POP MUSICAL DIARY features an ensemble of talented singers. Roth’s delivery of Rihanna’s “Take A Bow” gives new meaning and power to the tune. Martha Marie Wasser also deserves a nod for her renditions of Aerosmith’s “Cryin’” and Sarah Bareilles’ “Gonna Get Over You.” The show could be ten or fifteen minutes shorter and still pack the same punch, but if POP MUSICAL DIARY ever returns to the Philly theater scene, let’s all hope it would include a special sing-along performance. [SkyBox at the Adrienne, 2030 Sansom Street] September 9–13, 2015, fringearts.com/the-pop-musical-diary-of-a-gay-man.