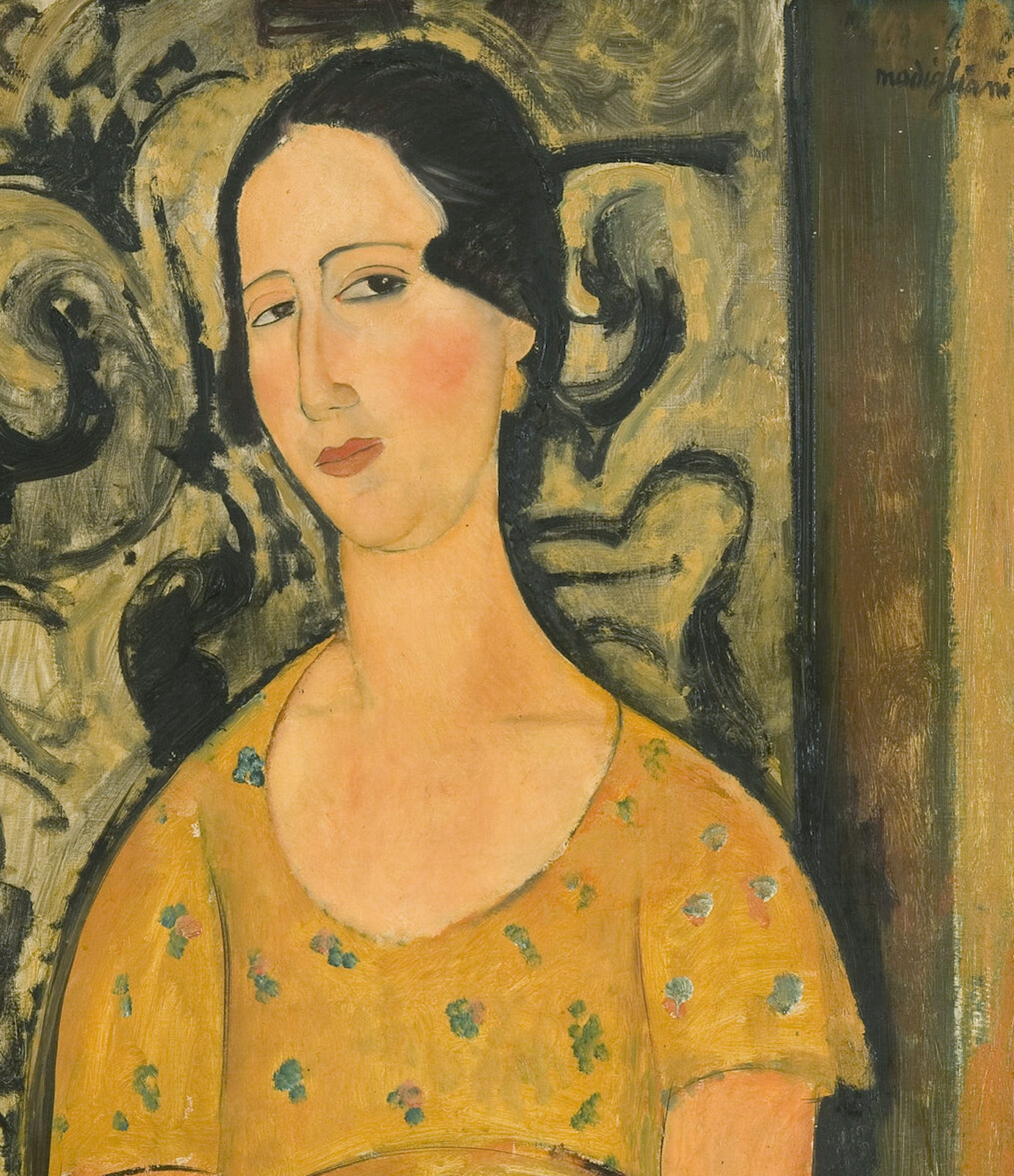 Modigliani at the Barnes Foundation is a ravishing exhibition in a ravishing venue.  47 pieces by the great modernist painter and sculptor, Amedeo Modigliani: If you love his work, go; if you don’t know his work, go. This is a major global event five years in the making, with international conservators contributing very specialized knowledge.

The “Up Close” part of the show’s title refers to the new technology that reveals what’s under the visible layer of paint, providing much information about the artist’s methods of making art. But for the non-specialist—neither scientist nor art historian—the pleasures are in the visible: those mask-like oval faces on long, elegant necks, those curvaceous, full-breasted bodies of the nudes, some with blue eyes and pursed red lips, some wide-awake, some sitting, some reclining, some sleeping. It’s worth giving yourself a shock by walking into the room next door where part of Dr. Barnes’ immense collection of Renoirs are hung: more nudes here but these are by contrast so rosy  and plump, so  full of girlish charm, so unlike Modigliani’s imperturbable, serene women with their implacable gazes.

The highlight for me was a circle of eight  stone sculptures, each androgynous face  calm, each head on a plinth so that when you are standing in the center, they create a Stonehenge effect. Legend has it that Modigliani liked to place lighted candles on each to give with the ambient light the ambiance of an ancient temple. Modigliani worked in sculpture for only three years; some of the limestone contains tiny fossils.

Once he moved from Paris to the south of France for his health—he would eventually die of tubercular meningitis made worse by drugs and alcohol— his work changed. Without easy access to materials and without professional models, he painted young students who are, of course, fully dressed. And the influence of the southern light changed his palette.

Modigliani’s brief life ended in 1920 when he was only 35.  A day later, his eight-months pregnant wife (the subject of many of his paintings), overcome by grief, threw herself out a window. As is so often the tragic case, fame and fortune did not happen until after he died.