Australia’s renowned Circa continues to defy the laws of gravity in their latest program, Humans 2.0. The contemporary circus troupe is returning to Philly with the follow-up to their 2018 performance Humans. The show promises to push the physical boundaries even further with their 10-member company. Performer Luke Thomas spoke with Phindie about the upcoming program at the Zellerbach Theatre. 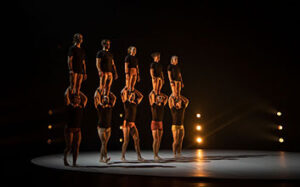 Debra Danese: What was your first exposure to Circa?

Luke Thomas: I was first exposed to Circa through short online clips of the company’s work. It wasn’t until they performed their show One Beautiful Thing in Melbourne that I had the chance to see them live. I was in complete awe – from that point on and knew I would love to one day work for the company.

DD: Tell us about your background and training and how it prepared you for the company’s physically demanding repertoire.

LT: I grew up in a small coastal town in New South Wales where I attended recreational circus classes from the ages of 12 to 18. After that, I auditioned for the fircus program offered at the National Institute of Circus Arts in Melbourne. I began a three year study there, which really helped me in preparing for some of Circa’s repertoire. 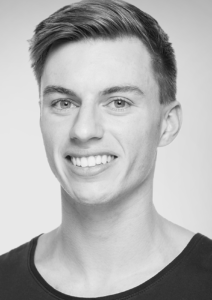 DD: How do you maintain that level of strength and fitness while touring?

LT: While touring, a lot of the acrobats like to find a gym to work on particular strength work. Others like to do some cross training, like bouldering. A lot of the time, though, it’s just playing with new skill ideas before a show starts and training them up until we are able to put them in a show.

DD: Humans played in Philly in 2018. What can audiences expect from Humans 2.0?

LT: The biggest difference between Humans and Humans 2.0 is the tension the audience feels during the shows. Humans 2.0 is made of more group acrobatic scenes that make the audience completely focused on not missing any of the different things that are happening on stage at the same time.

DD: Which piece in the program is your favorite to perform?

LT: My favorite scene in Humans 2.0 to perform is a section we call “Why So Serious?” It’s a super fun scene and a challenge to let go and do the opposite of what we train to do: high skill technique with a lack of body tension.