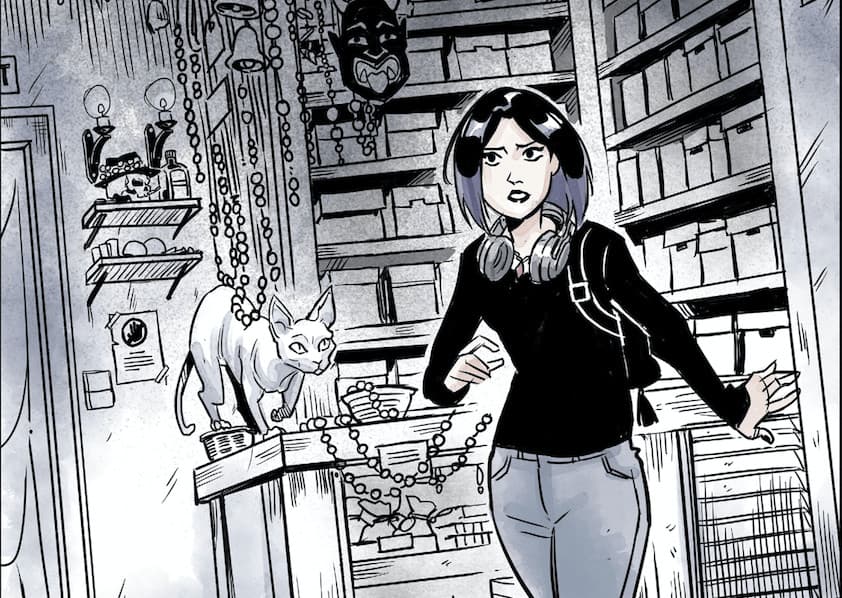 There’s something very special about your first comic book. Whether it’s a daring tale of adventure or the works of Shakespeare, they move us. Something about the sequential visual art combined with text can bring a story to life in a more dynamic way than simple prose or even film. The visual storytelling comics offer is a collaboration between the storytellers and the readers. They give us images to latch on to and a story that captures our attention, and it’s up to the readers to fill in the spaces between panels with their own imaginations. These “funny books for kids” can change a person’s life. So, if you want to be a comic book artist, there are plenty of things to consider.

First, before we go on, we would be remiss if we didn’t mention that the comic book industry is difficult to break into. Creating a comic book is a laborious process, most recently highlighted in the documentary series Marvel 616 on Disney+. Just like any career in the arts, success is a moving target which takes commitment and drive to achieve. This is not meant to discourage anyone. Rather, if you want to be a comic book artist, you need to know what you’re getting into. Nonetheless, comic book storytelling can be a rewarding adventure, and (if you’re lucky) you can tell a story that will stick with people forever. In today’s world, where real heroes are hard to find, superhero stories can give kids inspirational figures who will never let them down.

You should do your research and learn all you can about the business of being a comic book artist. Yet, no one gets into this line of work because it’s an easy-money gig. You have to love it. So, before you figure out contracts and agents and whether or not to work for Marvel, DC, or go indie, you need to understand the basics of what it means to be a comic book artist.

First, someone has to figure out what sort of comic book artist they want to be. A quick glance at the credits in any given issue of a comic reveals it takes a team to create one of these stories. Along with writers and editors, there are a number of visual artists who touch these projects. So, it’s key to learn what these roles are and how they function. There is a penciller, or the person who draws the majority of the art in a comic. They draw the characters, the settings, and essentially everything a person sees in the panels. The penciller’s work, however, isn’t what we see on the page. Rather, it’s the outline of every image in the book.

Next, the art goes to the desk of the inker. In the Kevin Smith movie, Chasing Amy, Jason Lee’s character is famously ribbed for being a “tracer” because he’s the inker to Ben Affleck’s Holden McNeil’s penciller. Yet, inkers help bring the pencillers to work to life. They will add shading and other textures to make the images more dynamic. They add a level of realism that take the penciller’s flat, two-dimensional images and make them feel powerful and alive. They set the tone of the images, subtly imbuing the penciller’s drawing with triumph, humor, gravitas, or desperation.

Finally, there is the colorist. This person will take the inker’s work and add the color palette to the art. They decide if the colors will be simple and muted like in The Dark Knight Returns or vibrant and bright like in Superman Smashes the Klan. Both of these comics tell darkly serious tales, but the different art styles change how we the readers react to them. The story drives a comic book, but the artist (or artists) are the ones who help readers figure out how it makes them feel.

Beautiful though they may be, some folks may think that the art of comic legends like Steve Ditko or Jack Kirby isn’t as “difficult” as “real art.” This isn’t so. In fact, the stylized art found in comic books adheres to the same technical principles as other art. If you want to draw a comic book, you need to understand the same fundamentals as every other artist. Things like perspective and the use of light (which will direct the inker and colorist on how to do their part) are crucial. The textures of clothing, environments, alien monster skin, or the surface of far-off planets need to be grounded in the reality-based principles of artistry. You don’t have to have an art degree from a college (though it helps). You can learn these skills by reading comics, figuring out why they do what they do, and practicing those techniques yourself.

An understanding of human anatomy is crucial, especially when you have characters like Spider-Man or the Hulk who defy the limits of the human body. A comic book artist needs to be able to consistently represent their subjects in a variety of poses. Sure, they may be doing some inhuman and impossible superheroic act, but without adhering to the basic principles of anatomy readers will find your work falls into that uncanny valley that kills visual art. Similarly, you should at least be aware of the superhero archetypes. The three-point landing from a great height or the outstretched-arm pose just before a hero flies off into the sky is its own visual language. Like any rules in art, they can be broken. However, you must understand these rules before you can throw them away.

People love the comic book format, both for tales about the X-Men or personal memoirs about growing up in a difficult family. It’s a noble endeavor and one that requires incredibly hard, sometimes tedious work. Yet, comic book artists are storytellers working in collaboration with others to create a modern myth. These visual stories ignite the imaginations of young and old readers alike. They live on in our hearts forever, and more often than not they inspire others to try their hands at making something beautiful. The state of the comics industry, like so many others, is in flux at the moment. Yet, the writers and artists who want to keep this medium alive and vibrant for generations after ours are truly superheroes.